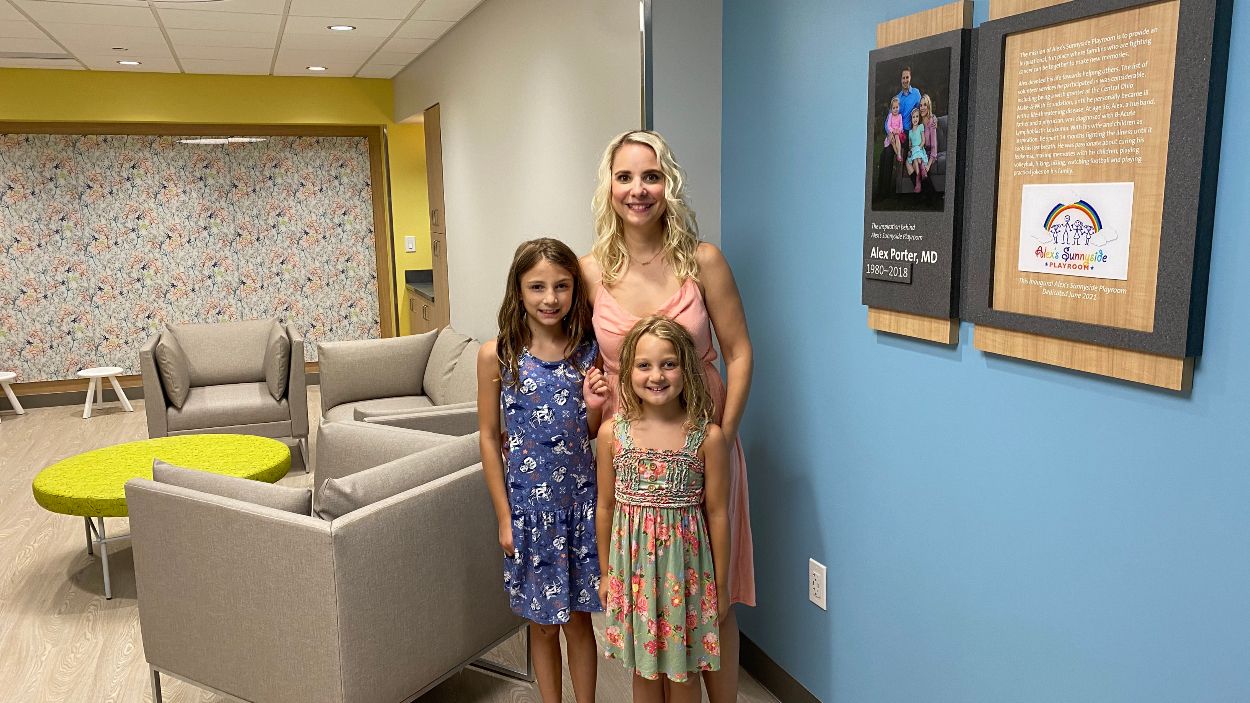 'Just no place for your family to be': Hospital’s new playroom created in honor of doctor, father

COLUMBUS, Ohio — A child’s mind is full of wonder and imagination, and parents thrive on watching their kids explore and grow.

But a Columbus family found that those memories can be hard to create in hospitals with their father fighting for his life.


“He was diagnosed with B-cell acute lymphoblastic leukemia on Feb. 23, 2017,” Gwendolyn Porter explained regarding her husband.

The Porter family is no stranger to hospitals. Dr. Alex Porter was an anesthesiologist and Gwendolyn works in the NICU, both of them working at OhioHealth Riverside Methodist Hospital, and it was there that he got his diagnosis.

The fight for Alex would take the family to hospitals across the country looking for a cure.

“We were really taken aback how un-family-friendly it was during cancer treatments,” Gwendolyn said. “And there was just no place for your family to be. That was the whole reason why he fought is because he wanted extra time with the girls.”

This dad cherished playtime and bedtime stories with his girls, Abby and Natalie. But kids were not allowed in clinical areas when he was receiving treatment.

He passed away after a 14-month battle with the aggressive cancer, his daughters losing time with him that they can never get back.

“I think I would give him a big hug and draw with him and do art stuff,” Natalie said.

While on this earth, Gwendolyn said Alex made it the family’s mission to give back including mission trips and Make a Wish.

So it’s no surprise that his lasting legacy hangs on the wall of “Alex’s Sunnyside Playroom."

“When our dad was sick, we really had nowhere to play,” Abby remembered. “And his room was very small. We’re trying to change that for other families so that they can play instead of sitting in a cold room.”

“Alex’s Sunnyside Playroom” has now debuted at Riverside. It has games, activities and even a wall kids can draw on.

Gwendolyn is now on a mission to get such playrooms in hospitals across the country.

Treatment for diseases is already hard enough and this grieving wife knows that family, laughter and smiles are invaluable medications for the soul.

“To do something like this to help other people, I think he'd be totally speechless,” Gwendolyn said.