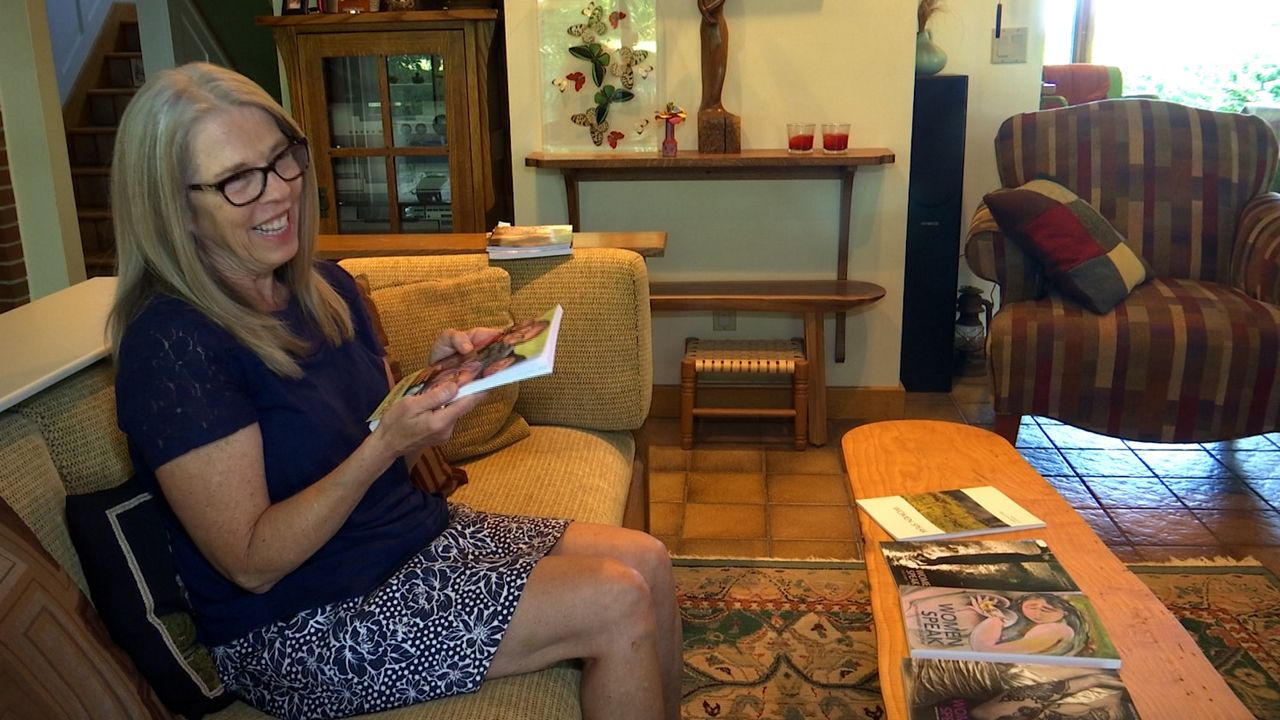 ATHENS, Ohio — In her home office, overlooking the rolling hills outside her home, Ohio’s poet laureate, Kari Gunter-Seymour, is never far from the people and places that inspire her.

Just feet away is a case, containing tokens of her family history, her grandparents’ marriage license, a faded photo of her mother surrounded by aunts and uncles, and on the floor next door are the baskets she weaved on their farm back in the days she wondered what kind of woman she’d become. 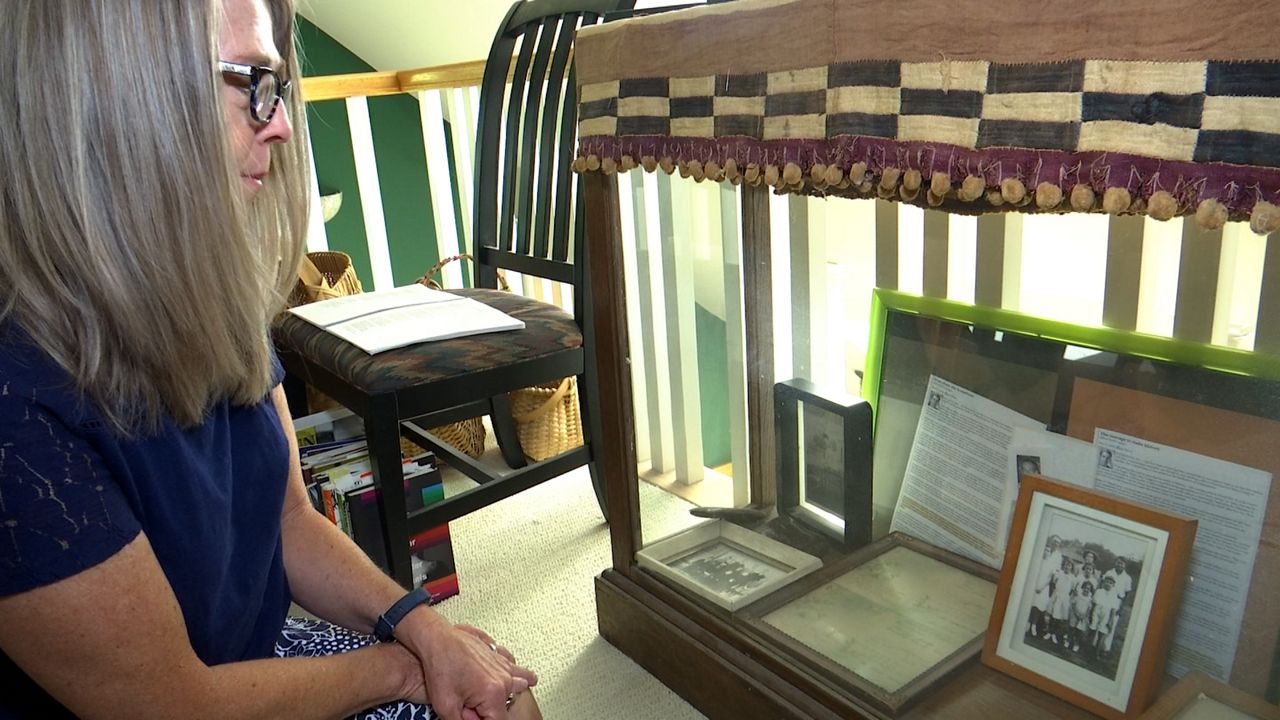 “I keep these baskets around to remind me of how I started, you know,” she said. “Where we come from is paramount to who we are.”

Born and raised in southeast Ohio, Gunter-Seymour works hard to remember her Appalachian roots. She’s spent years immortalizing her own stories and the people she met in and around the mountains in poetry, in the hopes whoever reads them sees her home the way she does.

“They think of us as being undergroomed and overfed and barefoot,” she said.

Once a booming hub of hardworking farmers and coalminers, Gunter-Seymour said industrial decline and job loss throughout the 20th century made Appalachia what it is today. She said she understands why many see the region as synonymous with poverty, but Gunter-Seymour wants her poems to show the culture, values and strength beyond those stereotypes.

Gunter-Seymour said she began writing in earnest in the early 2000s, but quickly found few were willing to publish the stories she wanted to tell. 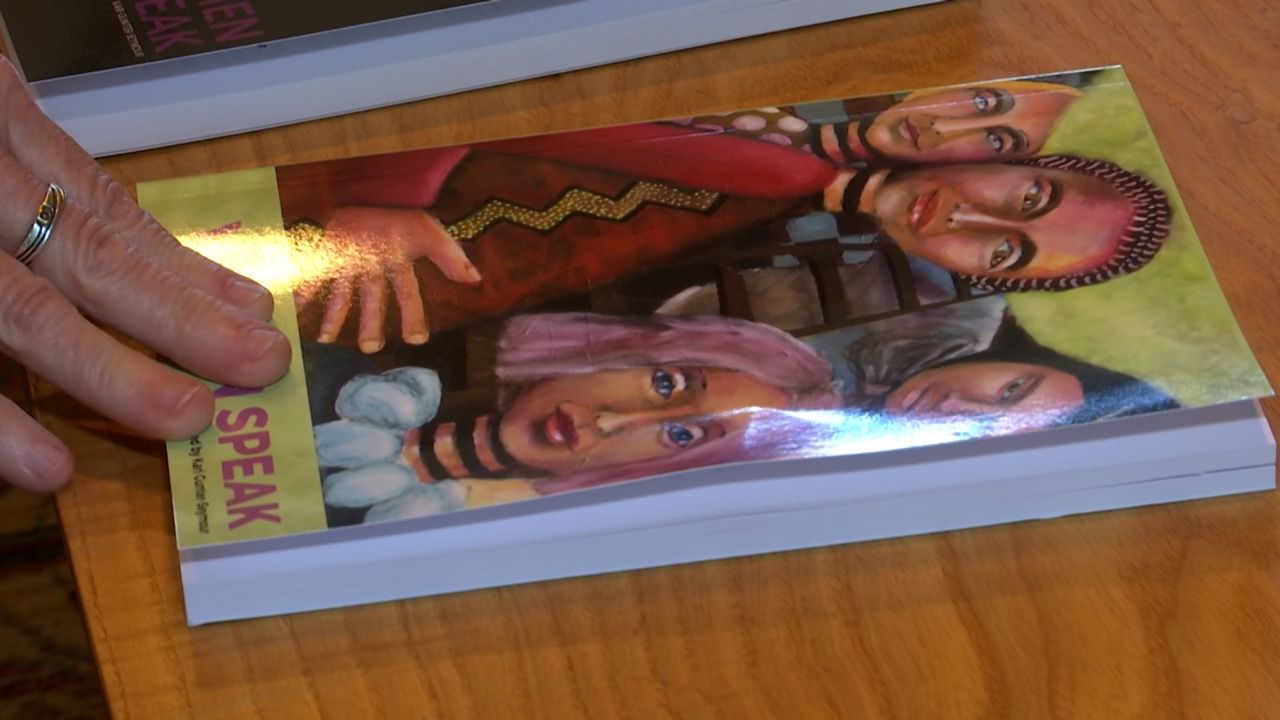 The Women of Appalachia Project has published six volumes of work

She later found a lot of Appalachian artists were getting similar feedback. That’s why in 2009, Gunter-Seymour launched the Women of Appalachia project, creating a new forum to get eyes on these artists’ work.

“We kind of showed them didn’t we,” she said.

Thirteen years and half a dozen books later, the project has given a platform to dozens of now award-winning artists from across the region. Every year they tour six states to show their work and perform.

The project also put a spotlight on Gunter-Seymour’s own work.

She earned the title of Athens County Poet Laureate in 2018 and two years later, Gov. Mike DeWine named her poet laureate for the state of Ohio.

“I’m not exactly sure how I became poet laureate,” she said with a laugh.

For those who watch her work though, her dedication and artistry are hard to deny. She reads through all of her draft pieces out loud, highlighting any words that don’t fit, agonizing over what should replace them.

“We get so few words to say what we want to say and so every word needs to be perfect,” she said. 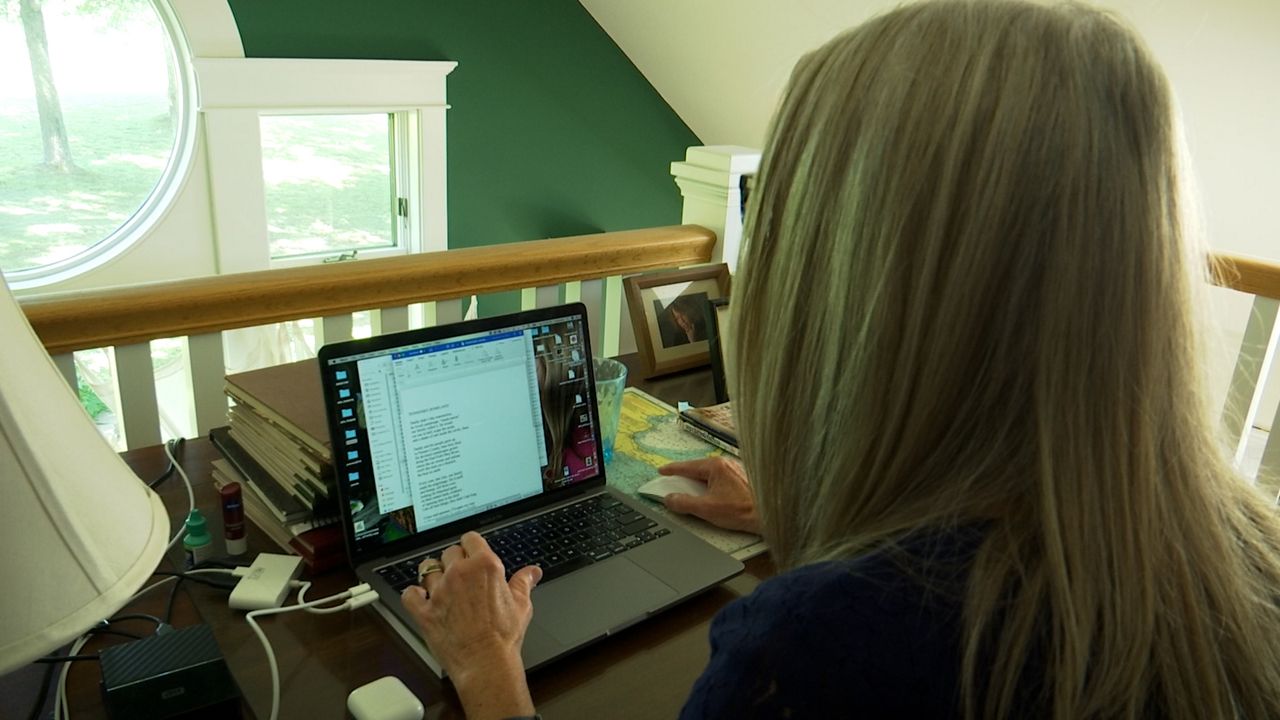 Gunter-Seymour reviews one of her draft poems

To Gunter-Seymour though, the title poet laureate is about far more than her own work. She wants to use her position to lift the voices of other artists, particularly those who have been overlooked.

As poet laureate of Athens County, she said she took the time to meet everyone who was writing and pushed them to share their work. She said many of them said they nominated her for the statewide position to repay the favor.

The other side of uplifting Appalachian voices though is making the art accessible to an audience that didn’t grow up immersed in the culture.

That’s why Gunter-Seymour said she’s always happy to include work from Kathy Guest year after year in the Women of Appalachia project.

A paper artist now living in Hocking County, Guest said she never saw herself as Appalachian. 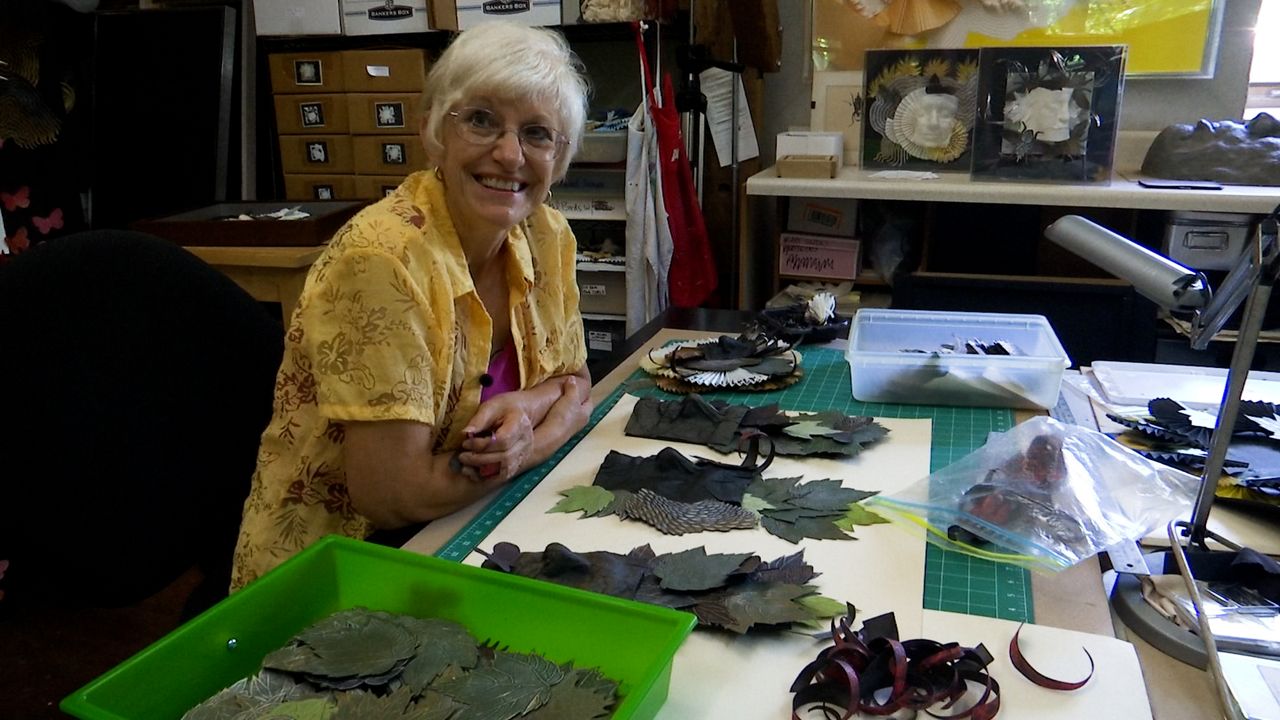 She’s always had a passion for conservation though, and the naturalist themes of her work fit right in with poems and pieces about life in the mountains. Gunter-Seymour said she can tell Guest has many of the quintessential Appalachian values and even Guest said her change in scenery has rubbed off on her.

“For somebody who’s from urban New Jersey, I love having a five-acre field,” she said.

The Women of Appalachia project is currently working to collect works for its seventh volume, meanwhile, Ohio Poet Laureate Gunter-Seymour is looking to publish another anthology of poems from Ohioans across the state with ties to Appalachia.