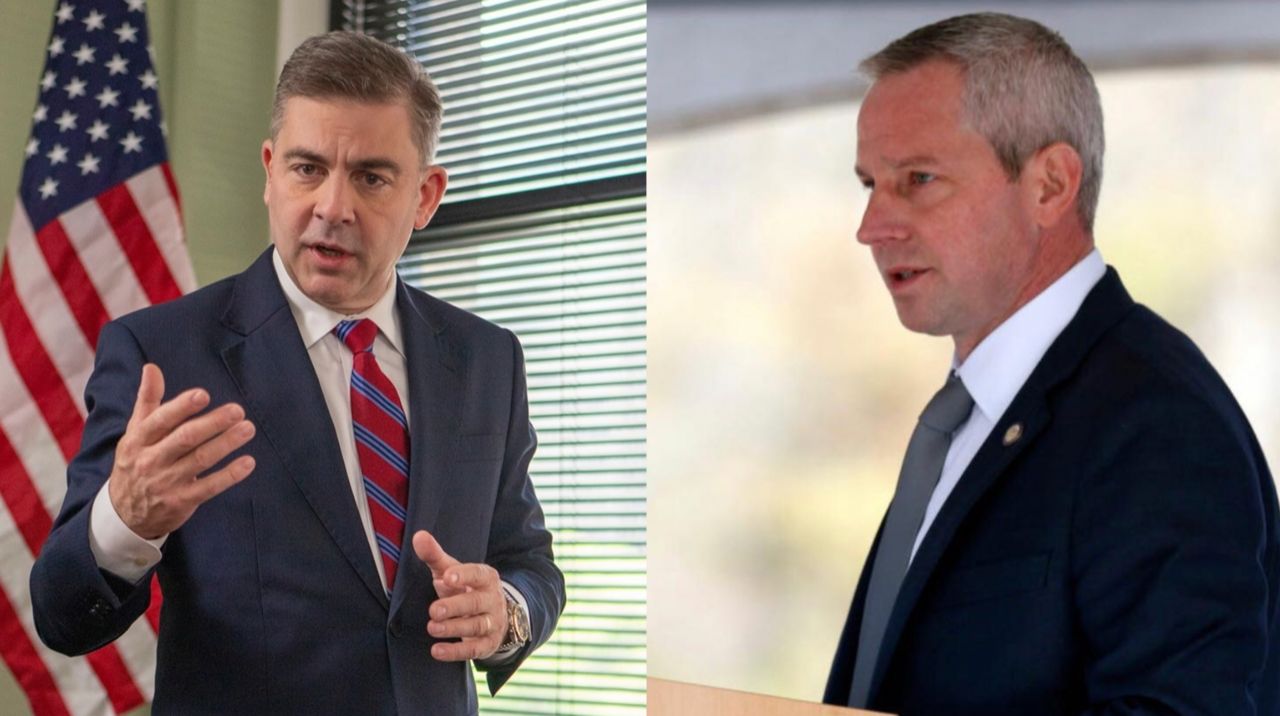 LOGAN, Ohio — A fast-moving special primary election for a central Ohio congressional seat could end up speaking volumes about what direction the Republican Party is going in since former President Donald Trump left office.

Early voting begins Wednesday in the primary race to succeed Republican Congressman Steve Stivers, who resigned in May to head the Ohio Chamber of Commerce. The primary will be held on Aug. 3.

Trump has made an endorsement in the race, meaning the outcome will serve as a test of his political powers and appeal after leaving office.

The 15th Congressional District stretches from the southern suburbs of Columbus, all the way east to Athens County. As you drive around many rural parts of the region, Trump flags are still flying. But closer to Columbus, you see Black Lives Matter signs, support for LGBTQ pride and calls for new district lines.

Eleven Republicans are hoping to succeed Stivers in a district he carried with 63% of the vote in November, and Trump won with 56%.

“He’s a wonderful man. I’ve known him for a long time, Mike Carey,” Trump said at his recent rally in Wellington.

Stivers is backing state Rep. Jeff LaRe, who also works in security and has a law enforcement background.

“Jeff not only can win, but he has the right attitude to serve both people in the rural areas and people in the suburbs,” Stivers told Spectrum News in an interview.

Carey recently traveled to New York to meet with Trump and land his endorsement. He said his campaign has conducted polling that shows Trump is more popular in the district than Stivers.

“In a Republican primary, I would much rather have former President Donald Trump's endorsement than the former congressman’s,” Carey told Spectrum News in an interview at an event in Wilmington.

Although LaRe has spent two years as a state legislator, he positions himself more as a political outsider with an expansive resume.

“While I do have legislative experience, I’m not a career politician,” LaRe told Spectrum News in an interview at an event in Logan. “My background in law enforcement and business management is really what sets me apart from the rest of the field.”

The way this district is drawn, it’s likely a Republican will end up winning in the November general election, so it’s the primary in August that’s worth paying more attention to.

With Stivers endorsing one Republican and Trump endorsing another, that could end up being the deciding factor.

This primary is shaping up to be a battle between two wings of the GOP: A “Trump conservative” versus, as Stivers calls himself, a “mainstream conservative.”

In Ashville, Derek Bragg agreed that “around here, it’ll sway most voters, yeah.”

But other voters said it’s more about the individual candidates.

“It’s good to have those endorsements, but in the end, who we vote for — it depends on what they’re saying, what they’re doing and their track record more so than what everybody else says I should vote for,” D’Andre McDonald, who lives in Lancaster, said.

All of the major Republican candidates in the race said they embrace Trump’s policies, but there are some subtle differences in their approach.

“By no means am I saying that you can't stand up for your values and your principles and what you believe in, but we need to be able to have that open dialogue, get back to having a conversation that's constructive,” LaRe told Spectrum News.

Carey, on the other hand, pledges he’ll be like some of Trump’s biggest supporters on Capitol Hill.

One wildcard to consider is turnout, since the primary is being held in the middle of the summer.

“I think a lot of Republicans just don’t know that there’s a special election,” Jennifer Hiles, the chair of the Hocking County GOP, said in an interview.

It’s a special primary election that could speak volumes about the direction of the GOP.

The Republican winner of the Aug. 3 primary will face one of two Democrats in November.

The two Democrats running are Allison Russo and Greg Betts.