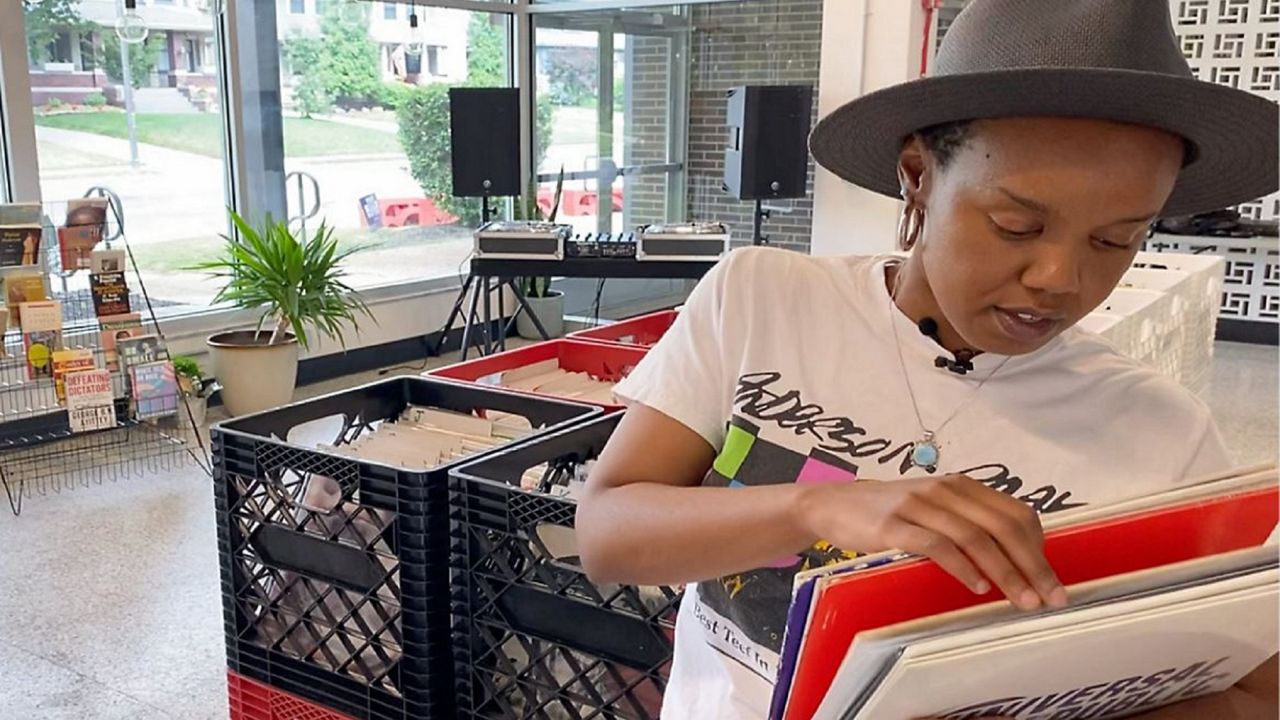 CLEVELAND — June is Black Music Appreciation Month and a Cleveland record store is working to share her favorite music with her community.

“I would save all my lunch money in the early 90s to buy records,” Benton said.

Growing up in the city of Cleveland, Benton said there were just a handful of record shops that specialized in Black music. Now, as the owner of Brittany’s Record Shop, Benton is proud to say that her shop in Cleveland’s Glenville neighborhood is catering those who love the same music.

“I didn't see a lot of our artistry well represented in a lot of these record stores, and I felt that this time around, instead of trying to please everyone, that I could make a niche group of people extremely happy,” she said. “And it's really been working for me ever since.”

Every vinyl record at Brittany’s is hand-picked. Benton not only curates the selection, but she also helps guide shoppers to new sounds.

“When I can make a recommendation that really sticks, it definitely validates me, because I know I’m doing the right thing,” she said.

Benton said Black music education is an important part of her shop's mission, not only during Black Music Appreciation Month, but all year.

“Any type of genre of music you'll look at always has roots, like all roads kind of lead back to the Black community, and to me, as a Black American woman,” she said. “That's something I can say historically, culturally I take pride in that.”

Benton said Black music is at the core of American music, and she's glad that her store is putting it in the spotlight for everyone to enjoy.

“I wanted everybody to feel welcome,” Benton said. “Whether they were the owner of a huge deep vinyl collection, or if it was somebody buying their first record.”