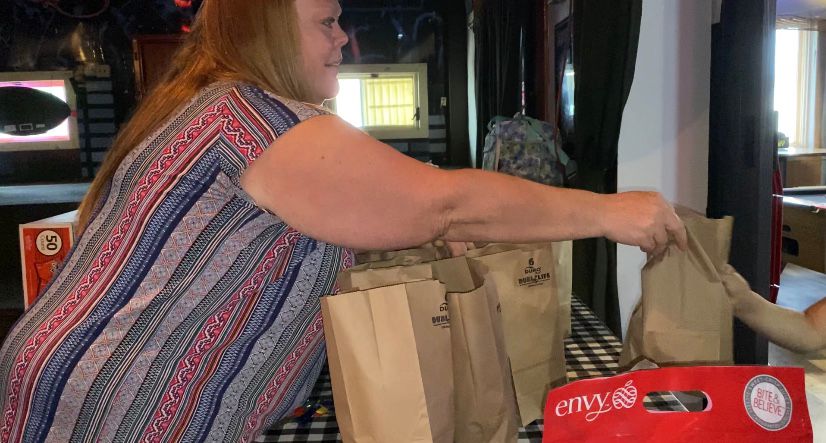 AKRON — Many students in the Akron Public School District may not know where their next meal is coming from as 84% are considered food insecure, but the Main Street Saloon in Akron makes sure all kids have at least one meal a day during the summertime.

Marlene Denholm is the owner of the Main Street Saloon. She and her father, David, started a free sack lunch program for neighborhood kids six years ago.

“People don’t realize how families depend on the free lunch program that they get in school during the school year," Denholm said. "[David] and I decided we were going to do this during the summer months when they were out of school.”

Even though her dad has since passed away, Denholm continues to carry on his legacy of feeding hungry kids with her daughter at their restaurant.

Over the past several years, the family has served thousands of bagged lunches to their neighborhood kids.

“I do feel that they are very thankful so it makes me happy," Denholm said. "I just hope I am making a difference in someone's little life and I hope they remember us.”

Denholm said she knows her dad would be proud.

They serve the free children's lunches every weekday in the summer at the Main Street Saloon in Akron from 12:00 to 1:30 pm.