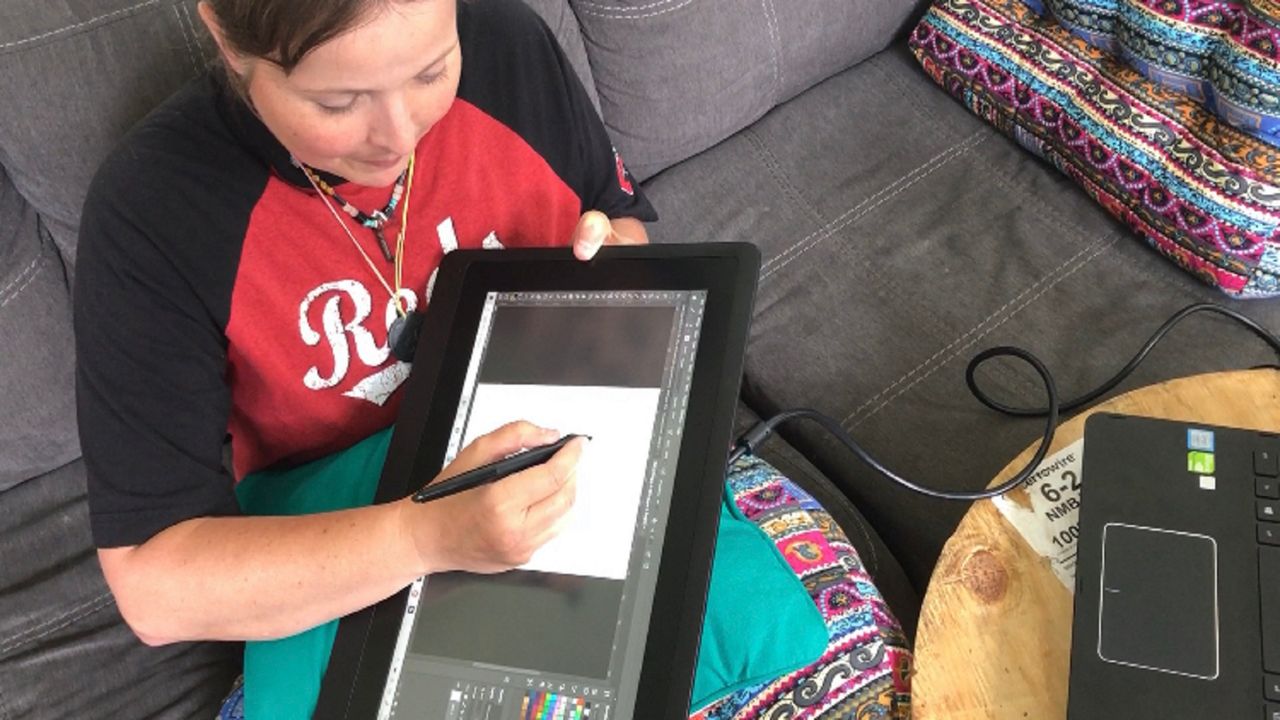 TRENTON, Ohio — A rare illness that’s attacking her brain and caused her dad’s death is turning one woman into an author.

It’s been 20 years, but Sam Stewart can’t stop thinking about it.

"I got a phone call that my dad had collapsed,” said Stewart.

She said her dad was suffering from a rare brain aneurysm, an illness that causes blood vessels in the brain to burst and bleed.

Her dad was placed on life support.

“They removed him off life support, and I watched my dad literally die, from this skin color to pale, and I know that’s graphic, but it’s what traumatized me,” said Stewart.

It's a sad reminder it could happen to her. She was recently diagnosed with the same rare brain aneurysm that her dad died of.

But she said even crying puts her at risk.

“Anything that raises my blood pressure, I run a 200% risk of a rupture,” Stewart said.

To stay alive, Sam, with the support of her wife, Kayla Stewart, had to change everything,

They started eating better, playing music together to let off stress, but in those moments, the feeling was still there.

And while Sam can’t show it, she had a feeling they weren’t alone.

“If I felt that, children in children’s hospitals, kids in foster care, kids being bullied, LGBT kids,” said Sam Stewart.

That’s when she picked up a pen and started writing a kid’s book “Making Sunshine.”

“It’s about, the darkness, taking this dark cloud and turning it into sunshine by the power of positive thinking,” said Sam Stewart.

The couple hopes to raise enough money to donate 40,000 of her books to kids in hospitals.

It's all to try and make life a little easier for anyone who might be quietly suffering.

“I want to help as much as possible and this has fueled me to realize that,” said Sam Stewart.

The author said her book is still in the works but is expected to be released in the coming weeks.