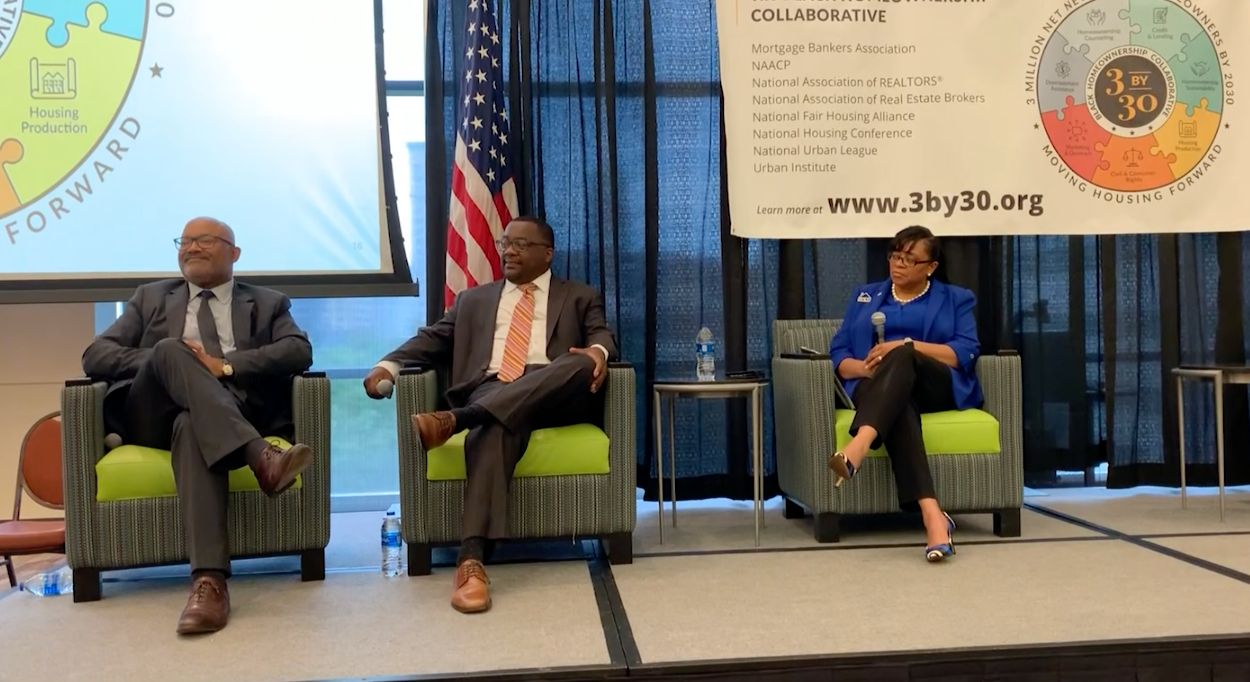 CLEVELAND — Housing advocates say Black homeownership has dropped to levels not seen since segregation in housing was legal.

The collaboration also includes chairs from dozens of organizations and companies to help make this possible. They include the Mortgage Bankers Association, the National Urban League, the National Association of Realtors and the NAACP.

“This collaborative is made up with people in the private sector who are ready to work with government, we will fight for this with government, but we are not waiting for government. These industry organizations are committed to doing this regardless of what government does because it’s good business, it’s good for the country and because we get it,” said David Dworkin, president and CEO of the National Housing Conference.

Another speaker at the event was Lydia Pope with the National Association of Real Estate Brokers.

The Cleveland State grad has worked her way up in the real estate world since the age of 19 and hopes to bring new hope to the communities she called home.

“When you talk about the dilapidated properties, walking to the next street and seeing that these properties are dilapidated, it’s time that we rebuild those communities. These are communities that I went to school, that I grew up in, that I would like to see revitalized so that people can have a chance to move back to the city and be able to have a chance at homeownership that they’ve been deprived that for so many years,” said Pope.

According to organizers, the homeownership rate for Black Americans under the age of 35 is below 20%, which is less than half the rate for white Americans. ​