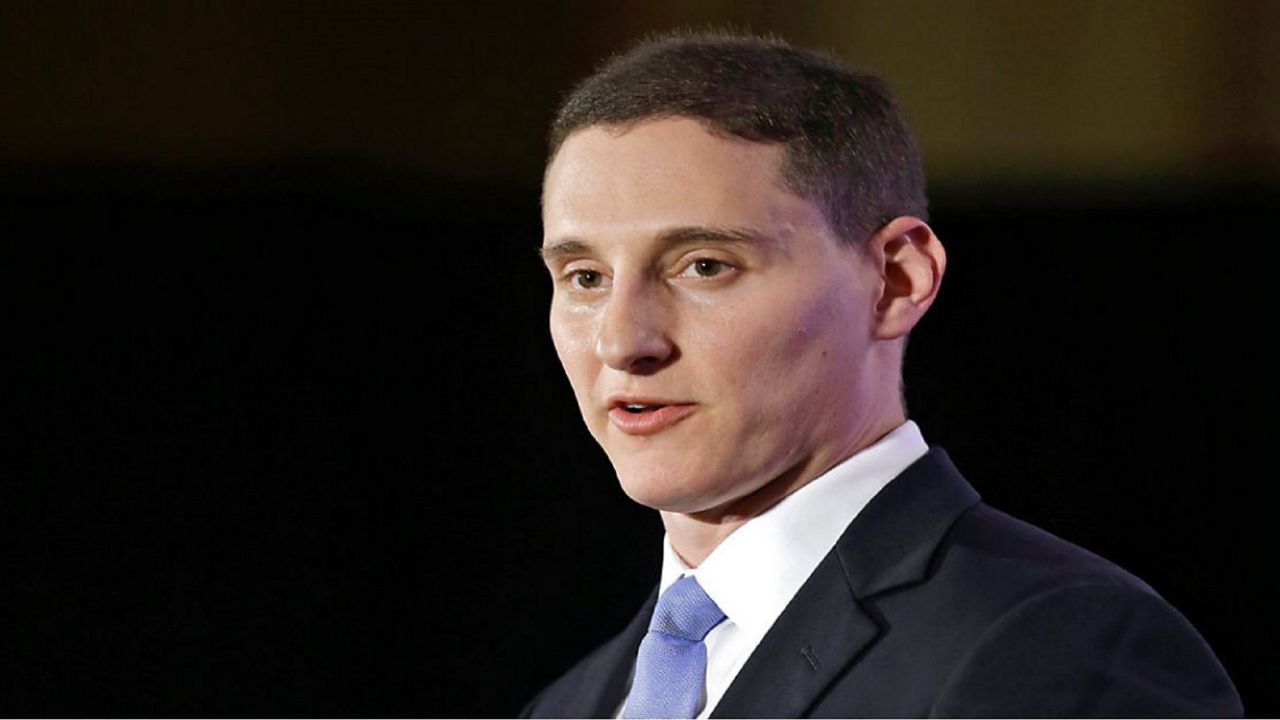 CLEVELAND — A poll commissioned by Josh Mandel’s campaign for U.S. Senate shows the Republican maintaining his lead over rival Jane Timken and the rest of the crowded GOP field in Ohio’s 2022 Senate race.


Mandel, a former state treasurer, is pursuing a Senate seat for the third time. His campaign’s poll comes days after a poll commissioned by Timken, the former Ohio GOP chair, showed her gaining on Mandel’s lead.

At least five Republicans have formally entered the race to succeed retiring Sen. Rob Portman (R-Ohio) and at least three others are considering joining.

The poll was conducted by Remington Research Group between June 1-3. The margin of error is +/- 3% and 1,040 Ohioans were surveyed.

In a head-to-head matchup with Timken, Mandel polls at 45%, Timken is at 22%, and 33% of likely Republican primary voters said they still are undecided.

Out of six Republicans mentioned in the poll, Mandel currently leads with 35%, 34% of primary voters are undecided, Timken is at 16%, author J.D. Vance is at 6%, Cleveland investment banker Mike Gibbons is at 5%, Northeast Ohio car dealer Bernie Moreno is at 2%, and Ohio State Sen. Matt Dolan is at 2%.

In an interview Monday, Mandel said he feels his pro-Trump, anti-establishment message is resonating with Republican voters, especially his focus on what he calls protecting Judeo-Christian values.

Mandel, who was the GOP nominee for Senate in 2012 and briefly ran again in 2018 before withdrawing because of his now-ex-wife’s health, was the first candidate to enter the race after Portman announced his surprise retirement.

He started this campaign with more than $4 million leftover from his previous races and has polled well early on thanks to high name recognition across the state.

But Mandel has also sparked controversy with his rhetoric about the pandemic, race, guns, former President Trump and more.

As Ohio ended COVID-19 restrictions, Mandel, who has long spoken out against wearing masks and getting vaccinated, tweeted a video of him burning a face mask with the caption “FREEDOM.”

When a Twitter user recently asked this reporter to ask Mandel whether he’s been vaccinated, Mandel tweeted, “I appreciate your concern for my health, but other people’s private medical stuff is none of your business. If you wanna go around saying 'show me your papers' with a German accent, go find another country to do it in. Not in America.”

"If you wanna go around saying 'show me your papers' with a German accent, go find another country to do it in."#OHSen candidate @JoshMandelOhio's (R) response to someone asking me on Twitter to ask Mandel if he's been vaccinated for #COVID19 the next time I interview him. pic.twitter.com/m7glVPeHtT

Asked on Monday whether he was open to answering if he’s been vaccinated, Mandel declined to.

“If you allow an employer or journalist to start asking that question about one piece of someone's medical history, what stops them from asking about a different piece, and then you're down a very dangerous road and a very slippery slope,” Mandel said.

Mandel is also one of the many Republicans continuing to support Trump’s lie that the 2020 election was stolen from the former president, despite bipartisan election officials making clear there was no widespread fraud.

Mandel boasted on Monday that he is “the only candidate in this race for United States Senate that is willing to say that this election was stolen,” but when pressed about what evidence he has to prove it, Mandel did not cite anything credible (bipartisan experts say no credible evidence exists).

As he continues to campaign across the state, Mandel said his goal is to win over undecided voters and he insists he will go to Washington not to work across the aisle, but to pursue a conservative agenda.

“There's a lot of folks in the Republican Party, the Mitt Romneys of the world, the Liz Cheneys of the world, who say if only there was more bipartisanship or if only there was more civility more stuff would get done in Washington. That's false,” Mandel said. “The reality is, if you send soft Republicans like that to Washington, they're going to get steamrolled by Nancy Pelosi, Chuck Schumer and Joe Biden. What we need in Washington now is fighters.”

Mandel, Timken, Gibbons and Moreno have officially entered the GOP primary for this race.

On the Democratic side, Northeast Ohio Congressman Tim Ryan is the only declared candidate.