University Hospitals is the first hospital in the state to treat patients with two new U.S. Food and Drug Administration-approved CAR T therapies. 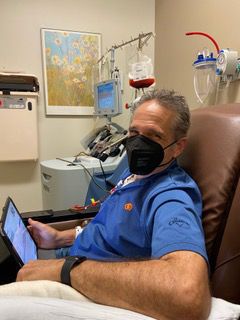 “I was yawning a lot during the day," he said.

But routine lab work revealed he had multiple myeloma. It’s a cancer of plasma cells.

“The news was shocking. I had never heard of the disease," said Anderson. "Then when you hear it’s blood cancer, you worry.”

He was diagnosed three years ago. 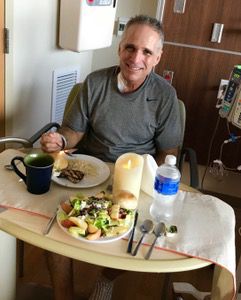 “It is treatable. It’s not curable," explained Anderson.

His treatments included weekly chemotherapy and a bone marrow transplant.

“The doctor said, you know, we’ve got years to work with this," he said.

But now, he’s trying something new.

“This was the perfect next step for me," he said.

Anderson is the first multiple myleoma patient in Ohio to be treated with CAR T therapy at University Hospitals.

“I’m glad to sort of lead the way and introduce people to this therapy," said Anderson.

In simple terms, CAR T therapy trains a patient’s own immune system to fight the cancer.

The process involves removing a patient’s white blood cells, or T-cells, and genetically modifying them in a lab to identify and attack cancer cells. 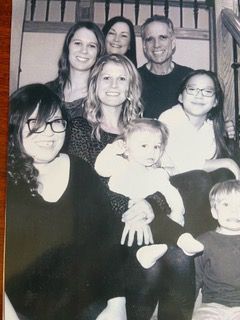 The reprogrammed T-cells then become “living drugs” that are infused back into the patient’s bloodstream.

"And to have my own body fighting it is amazing," said Anderson.

It’s a complex process that Anderson anticipates he will only go through once, instead of the constant chemo.

“This could be a big game-changer,” he said.

CAR T therapy is used to treat other cancers too, like diffuse large B-cell lymphoma. It is often a last resort for patients who have exhausted other options.

“I mean, it was an exciting time. If you had to pick a time to get multiple myeloma, my timing was right," said Anderson.

The 61-year-old retired after his diagnosis. He’s a husband, father, and grandfather who wants to be around for his family. 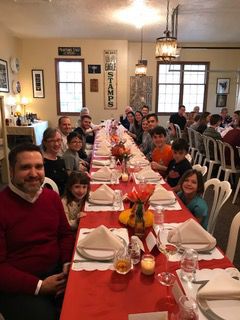 “Just to have birthday parties for the grandkids and have all the family over is just something I’m really looking forward to," he said.

CAR T therapy gives Anderson hope, and he wants to be a source of hope for others.

“There’s brighter days ahead," he said.

The President and Scientific Director of University Hospitals Seidman Cancer Center, Dr. Theodoros Teknos, said when we typically think of cancer treatments we think about chemo, radiation and surgery. CAR T therapy is now a fourth arm of defense.

“It still at this point is for those patients who have tried chemo, have tried radiation, and it hasn't worked. And then literally you're out of options and that's what makes it so exciting because, you know, in the indications that it has been used, it's been pretty consistent that people, as many as 75% of people who had weeks, maybe months to live, are having responses to this and some of them are cured with this therapy," said Teknos.

Teknos said UH is the only hospital system in the state that has a lab on-site where CAR T therapy products are being generated for clinical trials.

“It makes our site particularly attractive for industry partners to open things up here because we have a lot of experience treating patients with this," said Dr. Teknos.

Teknos said clinical trials are currently happening at University Hospitals. He says there is a lot of hope for cancer patients right now.