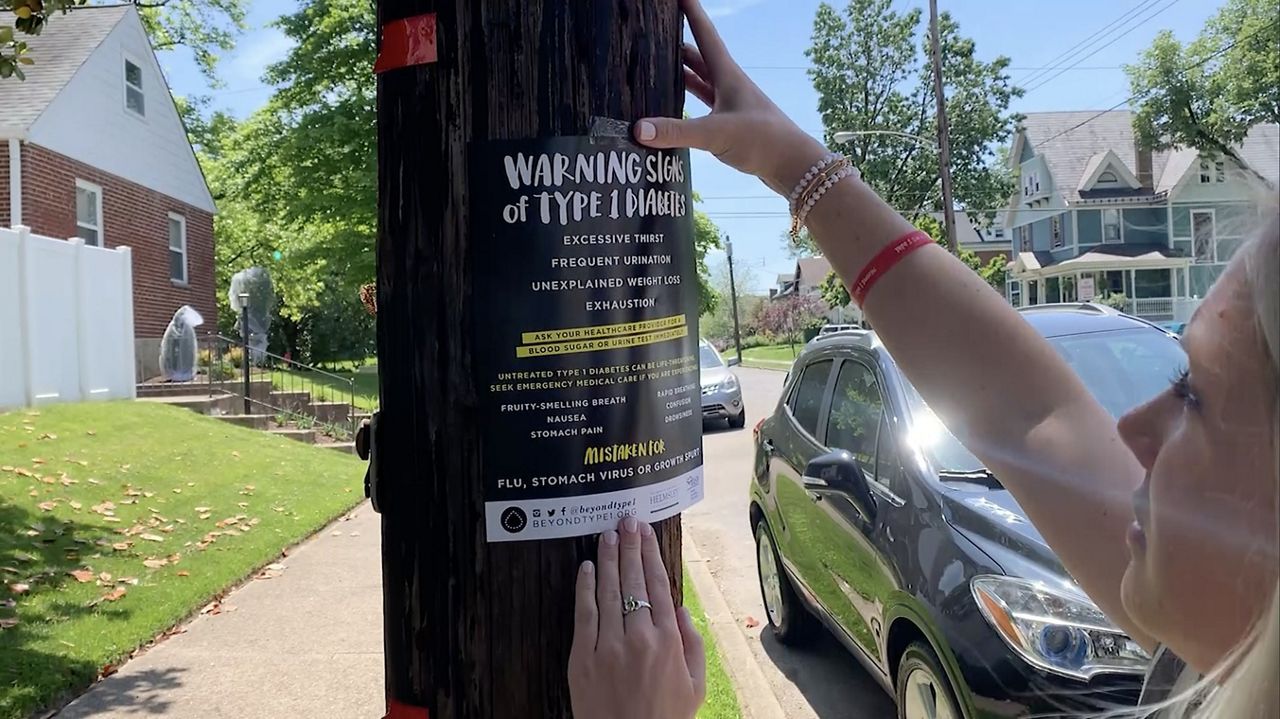 CINCINNATI — According to the latest data from the Centers for Disease Control and Prevention, close to 30 million Americans are living with  Diabetic Ketoacidosis, also known as DKA. That’s why two diabetic friends are on a mission to raise awareness around this potentially fatal condition in hopes of saving lives.

Checking blood sugar levels is a part of Callie Leonard's daily routine.  As a Type 1 diabetic, it’s essential that she checks because if her sugar levels are low, she gets dizzy, shaky and starts to sweat.

Leonard's friend Coleen Chambers is also a Type 1 diabetic. They met back in 2007 at a diabetes camp in Cleveland.

“We realized that we lived so close to each other and have known similar people and just had a lot of things in common and then we just developed a bond and became really great friends following that,” said Leonard.

While Leonard is in Cincinnati and Chambers is in Cleveland, they've teamed up to get the word out about DKA across Ohio. DKA is a life-threatening condition that develops from diabetes if left untreated.

“Big warning signs are like fruity breath (fruity scent to your breath), frequent urination and just being really thirsty,” she said.

Through the help of the Beyond Type 1 Foundation and the DKA Campaign, Leonard and Chambers have been doing all they can to help raise awareness. Forty-two percent of Type 1 diabetics are in DKA according to Beyond Type 1. But not all who have it have been diagnosed. That’s why this advocacy work is so important.

“Just from the lack of what the warning signs are and it’s a really easy thing to solve just by being aware and knowing what to kind of look out for,” she said.