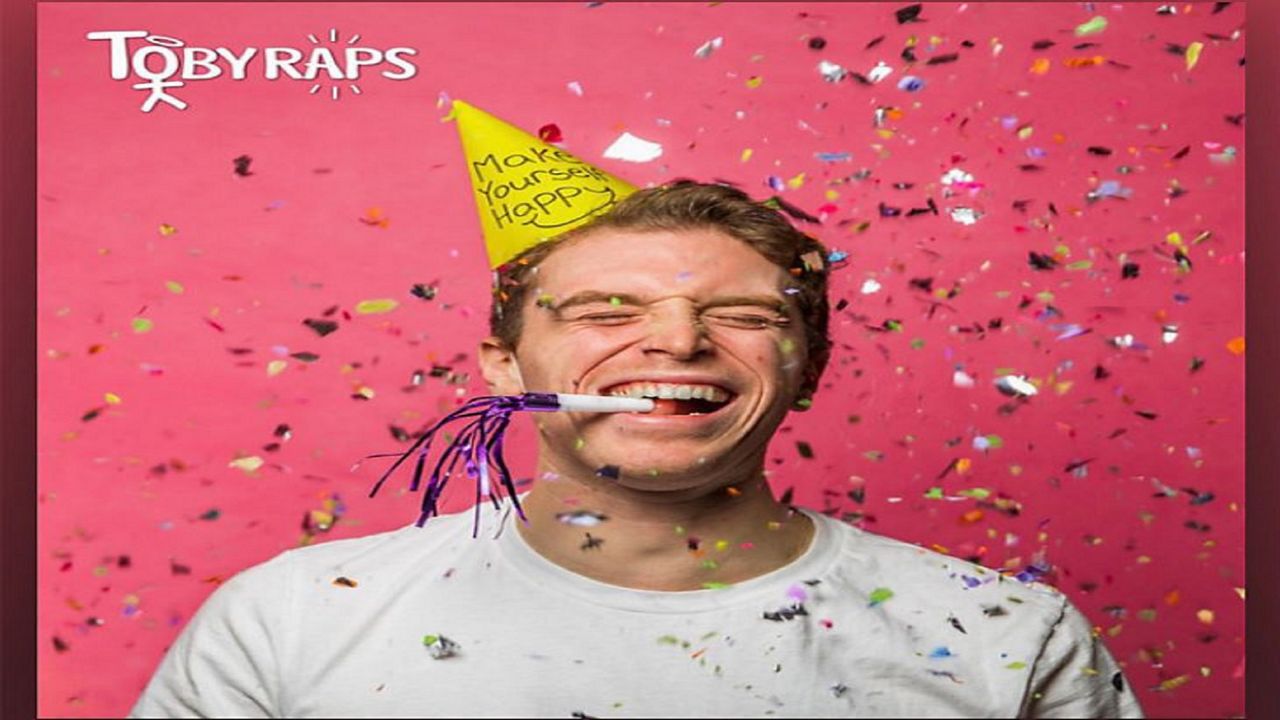 Musician gives back to community through music and a mission

CLEVELAND — Music takes people places. It feeds emotions and feelings, sometimes can even produce new ones. Ryan Toby understands that, and is on a mission to spread his message.

“You can make imperfect art and people will respect you for it,” said the musician who goes by Toby.

“So I got 'make people smile'. Just stitched on my chest because it seemed like it was what we were doing," said Toby.

Since then, making people smile has been his purpose. He works regularly with longtime friend and producer, Chris DiCola.

Toby and DiCola make music often, rap mainly. However, it's different from the normal rap stereotype.

“I'm adamantly making music that is the opposite of what you'd think of rap music,” said Toby. “Which is just uplifting, positive music.”

He just released his third album and has been in the studio making more music. It's one way he connects with people.

“I'm not a great singer," said Toby. "These are just my voice as a human being talking to you.”

He wants his music to reach people on a level that makes them feel happy and empowered.

“Humans, we just want to be loved,” said Toby. “I'm really starting to stitch myself in my community."

His other mission is similar, but is more face-to-face. His fulltime job has him walking around downtown taking care of the people and the city. It's also what he does in his off time.

“I'm going to walk around and look people in the eye and just say hi, bare minimum,” said Toby.

When he's not in the studio, he spends a lot of time walking and talking to everyone he passes.

“I'm going to be there for someone for as long as they need me to be," said Toby.

He walks the same couple routes, so he's gotten to know several regulars. He checks on members of the homeless community and helps them with food and makes sure they know their options as far as shelters in the community. He says hi to the average passerby and picks up trash if he sees it. He wants people to know Northeast Ohio is a friendly, inclusive place.

“I love it,” said Toby. “The ripple effect goes a long way.”

Even thought not everyone he passes needs something tangible from him, he always wants them to leave feeling happier than the minute before.

For show dates and more information on TobyRaps and his music click here.