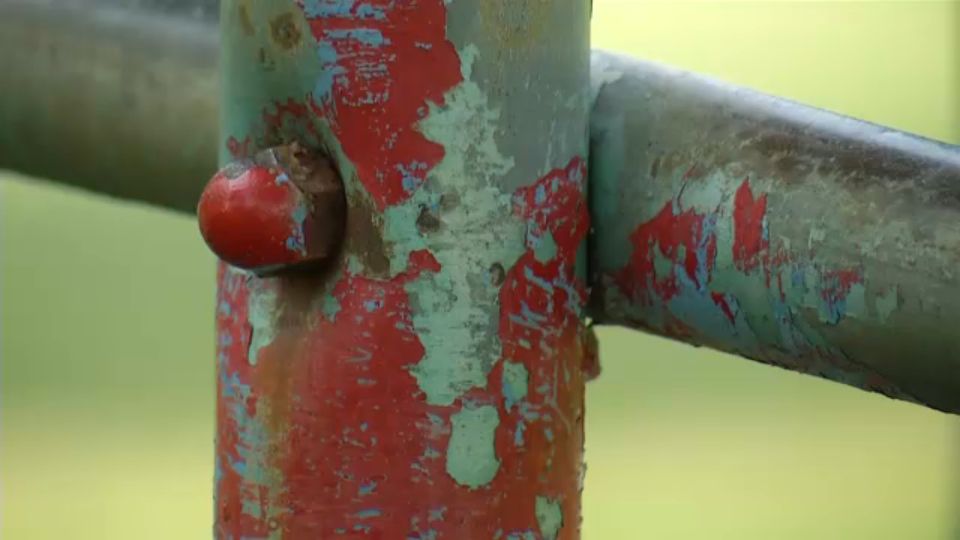 COLUMBUS— There’s a silent danger in Ohio that exists in our pipes, walls and furniture, poisoning children. Lead is a problem all over the map, but Cleveland is particularly impacted.

A study released by the Center for Urban Poverty and Community Development in 2019 found that 93% of students in Cleveland had been exposed to lead. The highest exposure was on the East Side of Cleveland.

Dontavius Jarrells was one of those children.

When Jarrells was a kid growing up in Cleveland, his grandmother would babysit him. The two of them would watch "The Twilight Zone" marathons.

Because of that table, he and his family entered a twilight zone of their own.

“There were days when I would just have multiple fevers at a time. And my mom was like, you know, 'There's something wrong so let me take you to the hospital,'" recalls Jarrells.

Doctors ran tests that found some of the highest lead levels they had seen in a child.

Any amount of lead is dangerous, but continued exposure can lead to severe cognitive delays, behavioral problems, lower IQ and even death.

Before 1978, lead use was pretty ubiquitous. It could be found in paint, gasoline and the materials used to pave highways.

Jarrells says it didn’t dawn on his grandmother that she was putting him in danger.

“She didn’t know," he said. "I don’t think most families when they come from those communities, you know, lead exists, right?  You think about like lead pencils. No one really thought though is the community educated enough about lead to know what to do when they see the signs.”

Luckily for Jarrells, it was caught early. The effects of his poisoning, however, still haunt him.

He says he’s sometimes forgetful and can’t keep track of his train of thought, but he hasn’t let it slow him down.

“I was very fortunate and very lucky that this poison didn’t impact me to the point that I wouldn’t be here talking to you about legislation and what we need to do," Jarrells said.

He now goes by State Rep. Jarrells. Elected in 2020, he now serves one of the poorest districts in Ohio fighting to ensure no child endures what he had to.

He's now pushing for $10 million to fund a program that provides lead abatement to low-income housing.

The program had to stop taking applications last spring because their resources were exhausted by the amount of demand.

Luckily for Jarrells, the governor is in his corner.

“I am for spending more money on lead abatement, it is very very important,” Ohio Gov. Mike DeWine said at a news conference Thursday.

Since taking office, DeWine has made lead abatement a priority of his administration.

“You have two separate problems," DeWine told Spectrum News, "you have lead in houses, old houses, that poison kids, lead paint. Then you have the water lines coming into the houses that are sometimes lead.”

It’s a costly problem that can’t be solved overnight. Jarrells is committed to helping his community, one house at a time.