However, since 2017, its doors have been shuttered, but neighbors didn’t want to let the place go.

Thanks to their efforts a new Meiser’s Market is opening in July. But until then, neighbors aren’t going without their local market. That’s why every Tuesday, the entire block transforms to meet the need. 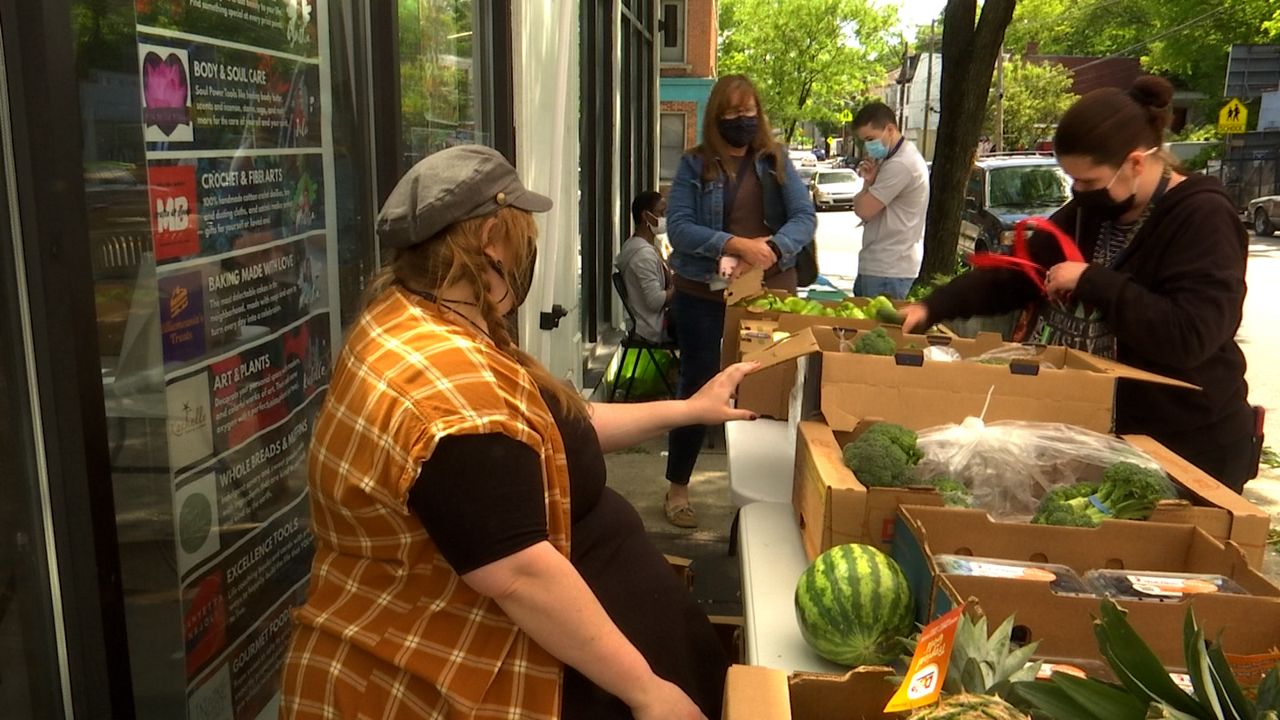 Reba Hennessey is the president of Your Store of the Queen City, the nonprofit owner of the new Meiser’s Fresh Grocery and Deli.

She’s been overseeing the building’s reconstruction and weekly farmer’s and maker’s market, offering fresh healthy fruits and vegetables for anyone who comes by.

“Any family is able to come and they can take as much as they need for their family,” she said.

It’s hard to beat the price too.

Hennessey said all of the produce the market offers comes from donations, so the store can pay that forward. She accepts a pay what you can model and considers any money her customers offer as donations to the store.

“We ask that you pay it forward and tell people to come because the more people come the more sustainable we can be,” she said.

Lower Price Hill has the lowest life expectancy rates in the city of Cincinnati and more than half of the families in the neighborhood live below the poverty level, according to public health data.

When Meiser’s closed, there was nowhere else in the neighborhood to get fresh, healthy food.

Hennessey said local residents are leading the charge to change that.

“People like to underestimate neighborhoods like Lower Price Hill and we have so many passionate and caring and experienced people with the best talent right here and this kind of project wouldn’t exist without them,” she said. 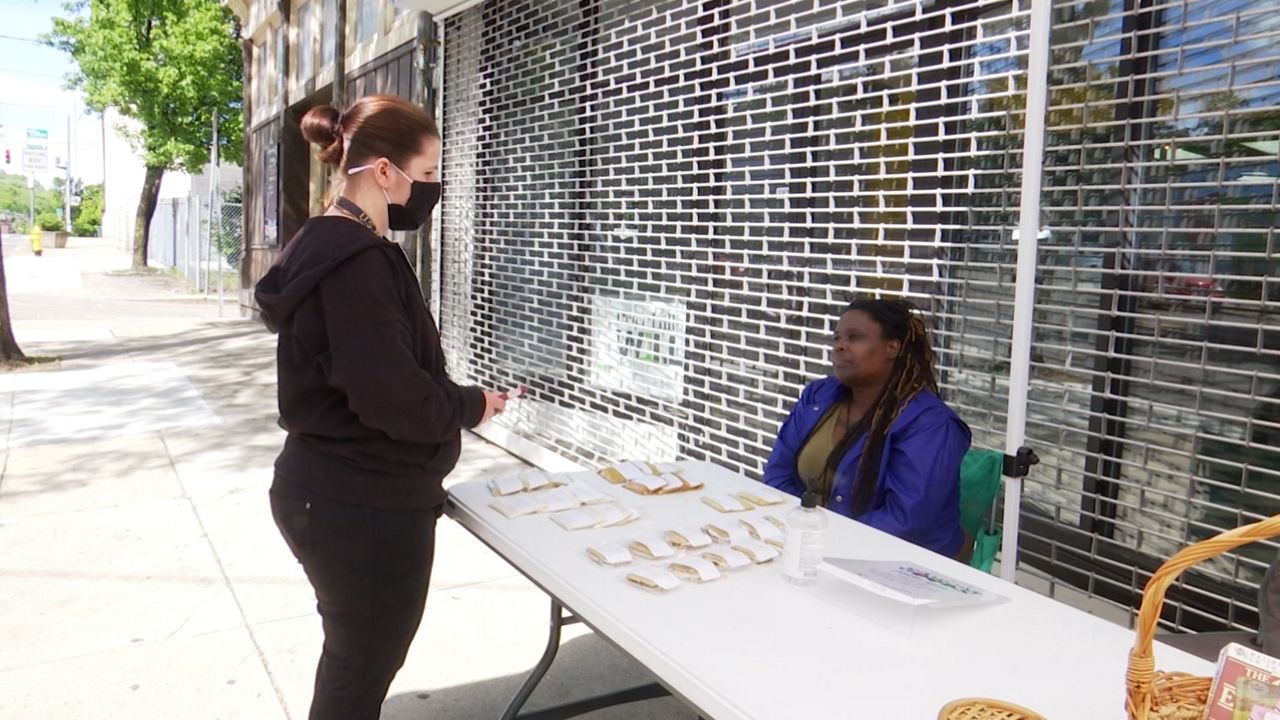 Hennessey said the neighborhood has been leading the effort to revive Meiser’s to provide access to fresh, healthy food, affordable food, and a place locals can meet and organize and build local businesses. That’s why the grocery store itself will run as a nonprofit.

“We actually have some partnerships that are going to be donating foods so that we’re going to be able to give them away for free to people and then we also have some incredible consigners who are going to be selling things through our store without us paying upfront costs,” Hennessey said.

During the weekly market, those consigners set up right alongside Hennessey’s booth on the sidewalk.

Tameca Ballard-Thomas from the Incline District Community Marketplace sells her spices and treats there nearly every week, building a local customer base and in July, her products will go on the shelves at Meiser’s.

“I just love that we have a store here and being that it’s not for profit, that they’re not here to try to take,” she said. “But just make sure that we have accessibility and healthy food.”

When the store opens, Hennessy said half of the building will go to makers like Ballard-Thomas, while the other half will offer fresh food.

“The entire store up to about the deli will be shoppable with a nice beverage fountain and hot type drinks here,” Hennessey said walking through the store. 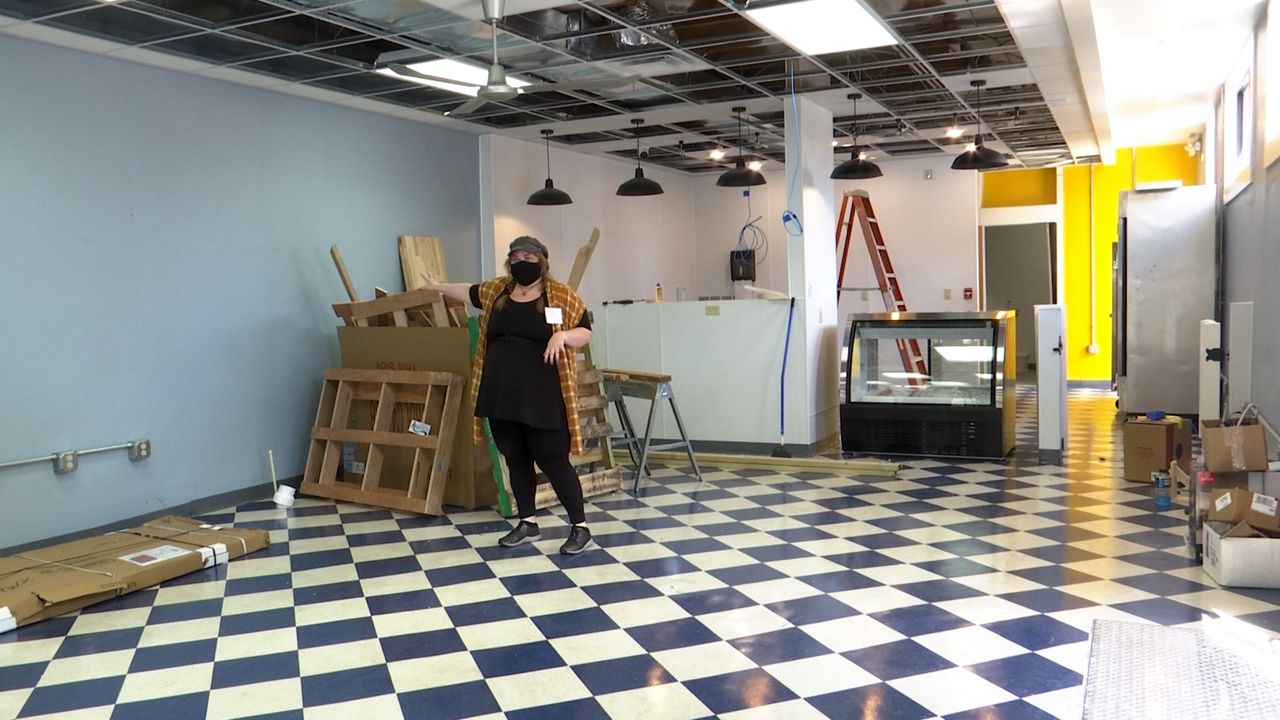 Inside of Meiser's Fresh Grocery and Deli

The store has counters and fridges installed but is waiting for shelves and a deli counter to come in.

Hennessey said the pandemic delayed construction by several months, which is why the outdoor market opened last July.

“Once the grocery store opens we’re going to pull everything that’s happening outside and make that at the heart and soul of what we’re doing inside,” she said.

Hennessey said the place is on track to start hiring local staff in the next few months.

May 18 Editor's note: The story has been changed to reflect the full name: Tameca Ballard-Thomas. It was initially referenced as Tameca Thomas.