CLEVELAND — Not everyone learns in the same way. Some people are visual learners, some are auditory, some learn better through reading and writing and others are kinesthetic learners, which is another way of saying “hands-on."

“I've always been a hands-on learner, and I can relate to students who have a hard time sitting still in class. I think I played sports my whole life because that's how I learned. I learned by doing and using my hands,” said Molly Vaughn, the executive director of Motogo, a nonprofit in Cleveland. 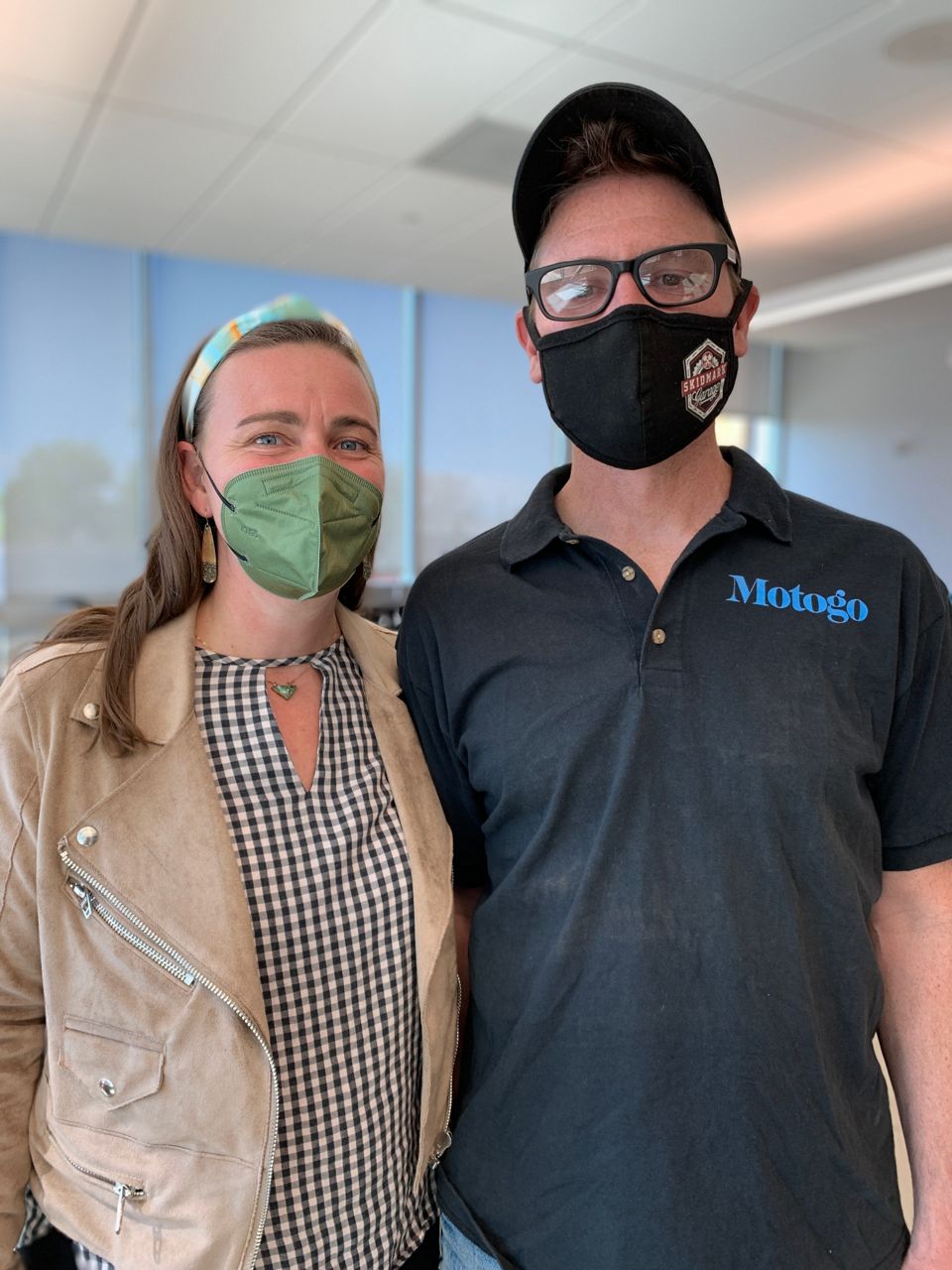 With a majority of funding tied to high test scores in schools, many districts in the U.S. eliminated their shop classes in the 70s or 80s. She and her husband Brian Schaffran are bringing it back.

“He's the head coach at Motogo. I love being his boss,” said Vaughn.

Schaffran owns Skidmark Garage, and in 2017 alongside Vaughn, the two founded its nonprofit educational wing, Motogo. Motogo is a mobile shop class with a mission to teach kids to solve problems and build grit and confidence through building motorcycles.

Schaffran is a former high school math and history teacher. It wasn’t until he could use his hands that he really fell in love with learning.

“Once I just learned by doing, then that woke my motivation up to take as many college classes as I could and learn as much as I could about everything in the world,” said Schaffran. “Getting a kid to memorize is one thing, but getting a kid to love to learn is the ultimate goal, and shop class helps some students wake up that love of learning.”

He’s not alone. Many people prefer to learn by doing.

“I find it easier, like when you're actually like in the field doing something, not just like reading off a book,” said Liam Michael, a junior at Saint Martin de Porres High School, a school currently hosting an after-school Motogo program. 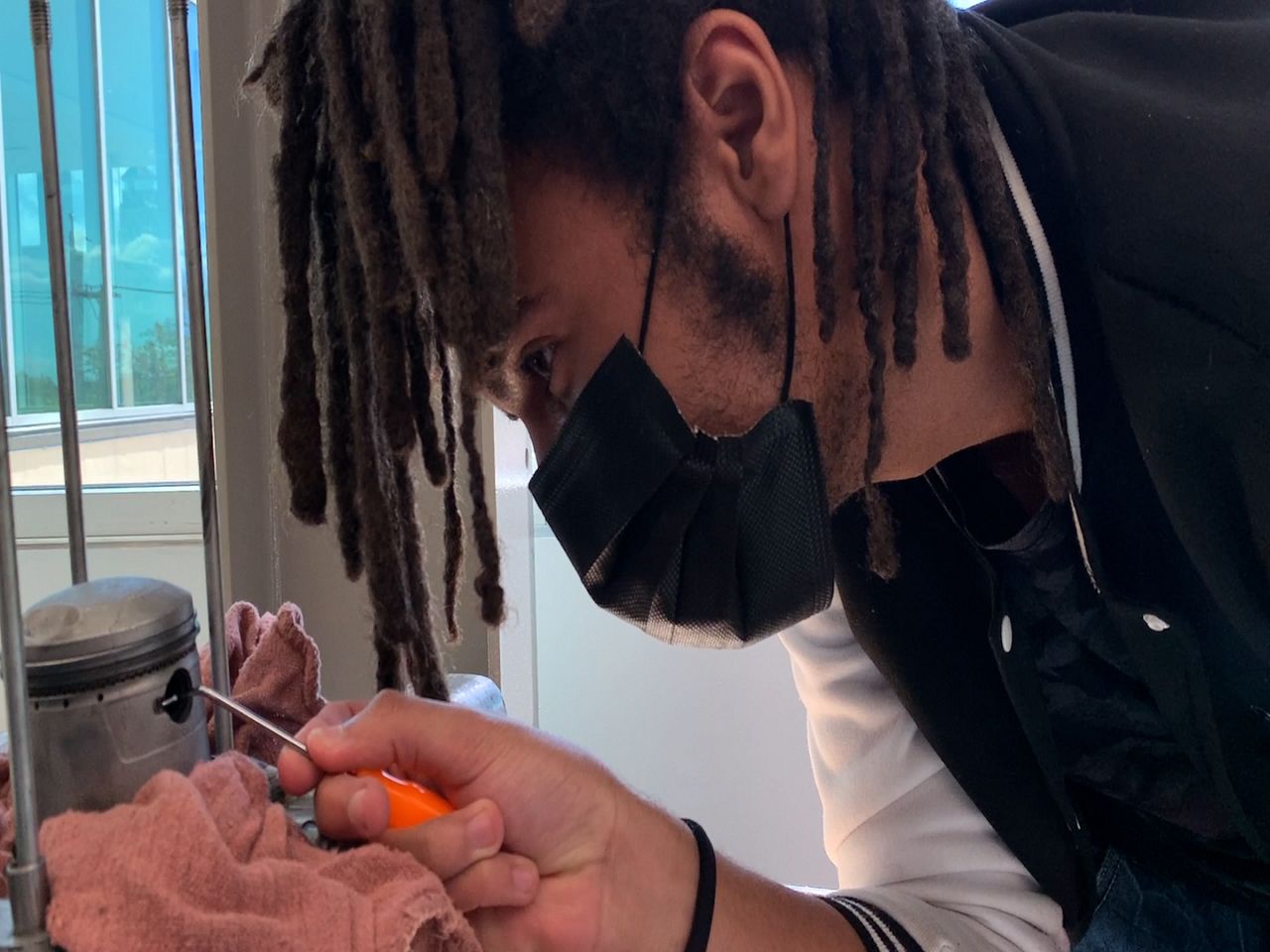 Motogo has already been in more than 20 different schools and community organizations. They offer quarter-long and full semester in-school and out-of-school STEM curriculums, as well as week-long summer camps for middle and high school students.

“It helps me figure out what I want to do. I mean, the more knowledge, the better,” said Elijah Williams, a sophomore at Saint Martin de Porres High School.

“I learned a lot about the tools. Like I really didn't know any tool names or like all the different sizes and stuff,” said Summer Onwundinjo, a freshman at Saint Martin de Porres High School.

Motogo aims to be that outlet to teach young people that there’s a place for everyone to succeed in life, regardless of what motivates them.

“This isn't a boy's world, and this isn't a boy's job. This is everybody's job,” said Schaffran. “Girls are better at this and should be trying this and should be getting their hands dirty. And I hope that it's going to take a generation or two, but I think this is the beginning of a permanent change in who gets to do what, and who's better at what, and who gets to experience this kind of confidence and victories.”

Motogo also aims to give them the physical and metaphorical tools to succeed in life, helping young people realize that failing is just another word for learning. If at first effort doesn’t work, try and try again. 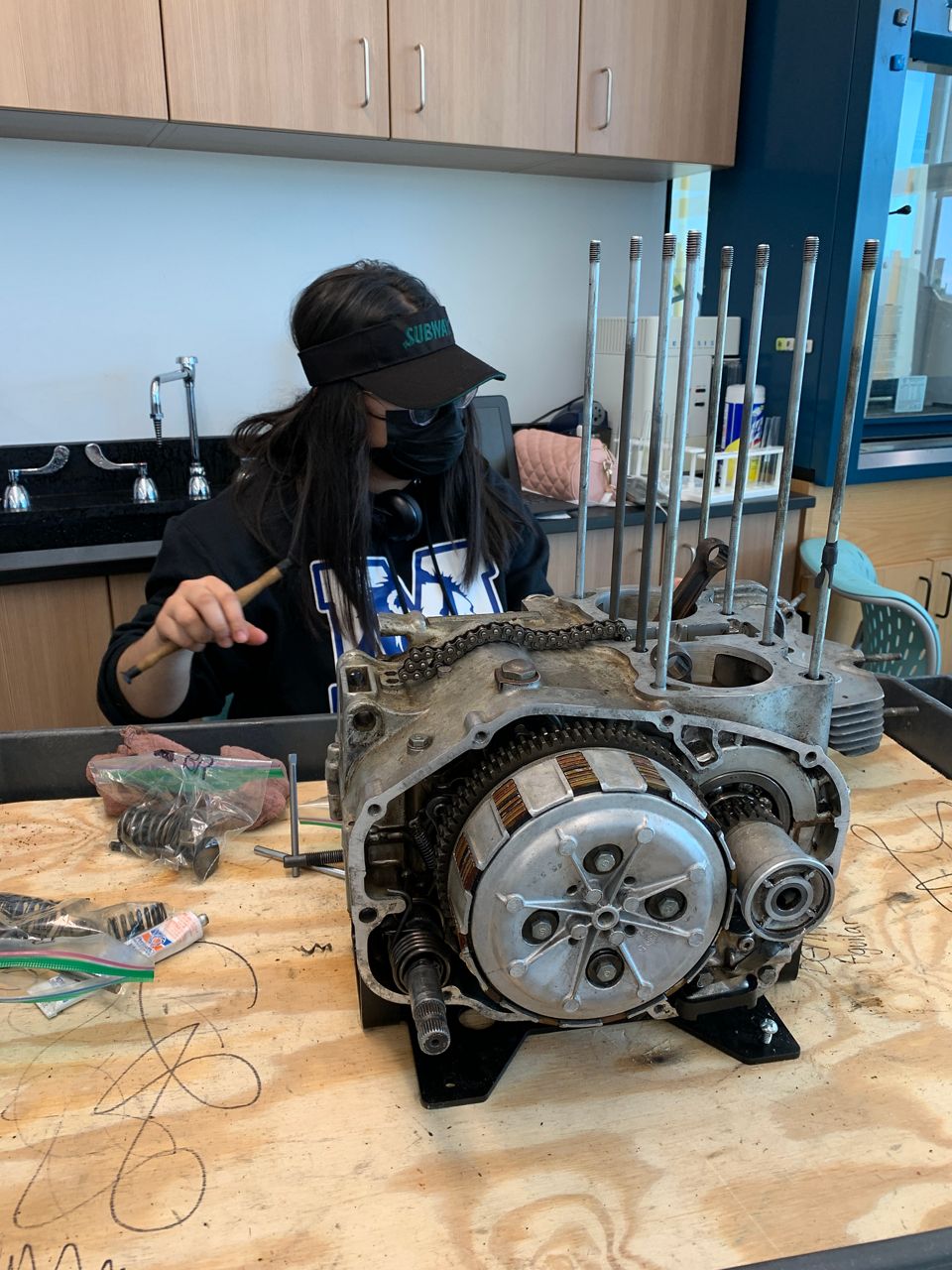 “We just want to be one opportunity, maybe find the kids that haven't found that thing that sparks them yet,” said Vaughn. “We're really a unique opportunity to make someone feel valued, who feels left out, whether a student wants to go into a manufacturing career or they want to go into something more like becoming a doctor or a lawyer, or they're going to be a stay-at-home parent one day. It doesn't really matter what the end product is. We know that by taking shop classes again, that it's going to rewire their brain to kind of think about the way you approach the world differently.”

“A lot of people don't know that they can fix the world around them and they don't have the confidence to even try most of the time. Hopefully, after going through a Motogo course, they just gain a little bit more nerve, a little bit more confidence than they're willing to try and grab a tool and figure it out and problem solve,” said Schaffran. “Whatever problem that someone comes across, I hope that they say to themselves, well, I rebuilt a motorcycle. If I did that, I can do this.”