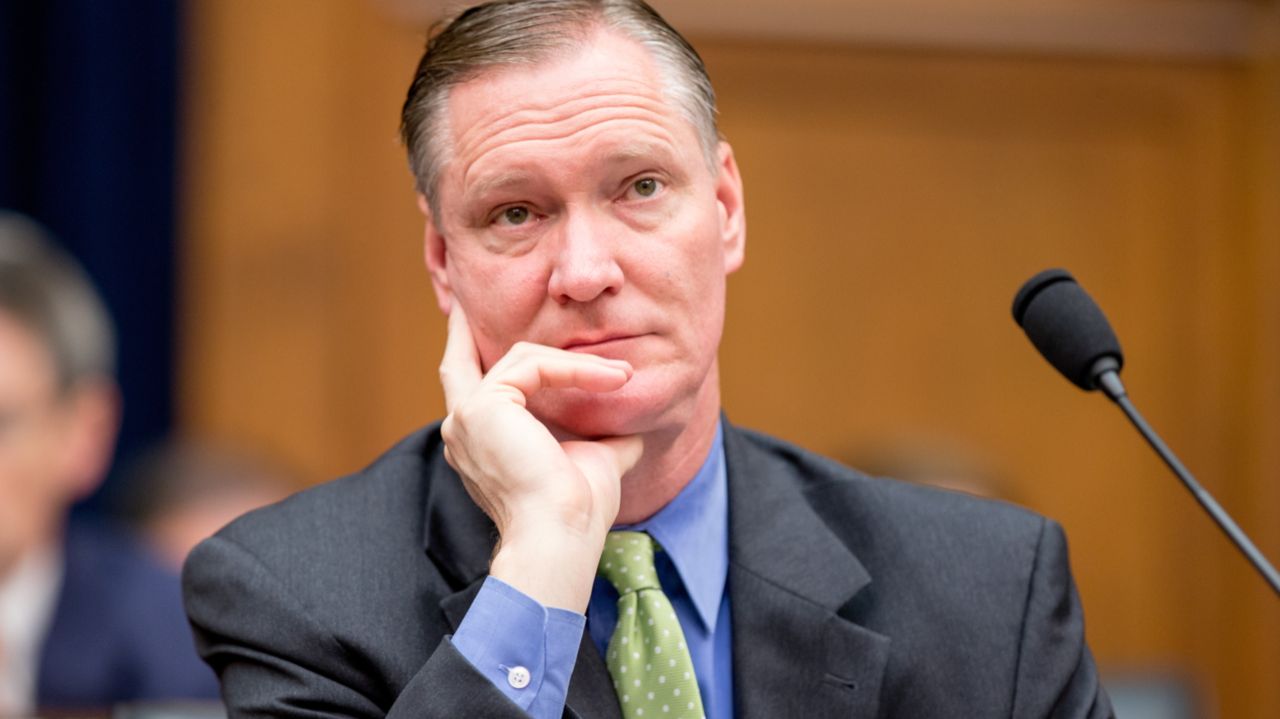 Rep. Steve Stivers reflects on tenure as he leaves Congress.

WASHINGTON, D.C. — Ohio Congressman Steve Stivers will resign this weekend to become the president and CEO of the Ohio Chamber of Commerce.


“I won't miss the circus around here, but I might miss some of the clowns,” Stivers told Spectrum News.

The bill was passed by the House this week and Stivers is trying to get it through the Senate by Memorial Day. It would bring his tally of bills signed into law over the course of his career to 22.

“Memorial Day is a symbolic holiday where we honor our war dead,” Stivers said. “These veterans that commit suicide are dying from the invisible wounds of war today.”

While in Congress, Stivers served on the influential House Financial Services Committee and headed the House Republican campaign committee from 2016 to 2018, when the GOP lost its majority.

After one last press conference Thursday, Stivers sat down with Spectrum News at his favorite Capitol Hill restaurant, Tortilla Coast, to talk about his time in Congress.

One unique part of Stivers’ time in office is when he and fellow Ohio U.S. Rep. Joyce Beatty (D, OH-3) cofounded the “Civility and Respect Caucus” several years ago.

Despite how divisive Congress is in 2021, Stivers feels the group still has a home on Capitol Hill.

“I think it does,” he said. “And I think it's more needed today than ever. We've had the fabric of our society ripped apart, and it's time we put it back together.”

Stivers voted with former President Donald Trump more than 90% of the time during the last four years, and he’s critical of President Joe Biden’s policies.

But Stivers has tried to work with Democrats; and he sometimes criticized Trump when many GOP colleagues would not.

On Thursday, Stivers suggested it is time for someone else to lead the Republican Party.

“Do you think Donald Trump should remain the leader of your party?” Stivers was asked.

“And so you don't think he should run again?” Stivers was asked.

House Republicans spent this week removing Wyoming Congresswoman Liz Cheney from her leadership position because she criticized Trump’s ongoing lie that the 2020 election was stolen from him.

Stivers said he missed the vote because of meetings and he didn’t want to cast a hypothetical one when asked how he would have voted.

Does Stivers believe the 2020 election was stolen from Trump?

“I personally don't believe it was,” Stivers said.

Asked what he said to his Republican colleagues who won’t say that, Stivers replied, “I, you know, everybody gets an opinion around here. And you know what they say about opinions.”

The day after the Capitol insurrection, Stivers told Spectrum News that Trump “helped create” the situation and he said he wouldn’t be opposed if Trump’s cabinet invoked the 25th Amendment to remove him from office. Several weeks later, Stivers voted against impeaching Trump for his role on Jan. 6.

Ohio Republican @RepSteveStivers tells me, “If the cabinet decided to [invoke 25th Amendment], I would not oppose it, I will tell you.”

Stivers said he "was disappointed at the president...he helped create the situation."

This week, one of Stivers’ House Republican colleagues downplayed the storming of the Capitol as a “normal tourist visit.”

Stiver made clear he does not agree.

“I think Jan. 6 was one of the worst days for our republic,” Stiver said. “And, you know, I think it was a sad time when American people thought they had to turn to ramming the doors of the Capitol, you know, breaking into the Capitol. That's not the America that I expect. And so I was, I was very saddened by that day, I have a very different take on it.”

Despite such breaks with the members of his party, Stivers said he’s still proud to be a Republican. He said he’s learned in his time in Washington to separate policy and personality.

“I think you have to, and you have to try, because we're all humans and none of us are perfect,” Stivers said. “And again, that goes back to civility and respect. I respect all of my colleagues. That doesn't mean I agree with them, but I respect them.”

By moving to the Ohio Chamber of Commerce, Stivers, who is also a major general in the Ohio Army National Guard, is returning to his days of work in economic development.

He said he seriously considered running for the U.S. Senate seat Ohio’s Rob Portman is retiring from next year, but decided going home to his wife and kids was more important.

“I don't leave jaded in any way,” Stivers said. “I leave with a very optimistic spirit about the future of our country, the future of Congress, and I'm excited for whoever's going to get to take my place.”

A special election to fill Stivers’ 15th District seat in Congress is scheduled for later this year. A growing list of Republicans and Democrats have already declared for it, but Stivers said he was not ready to endorse someone.