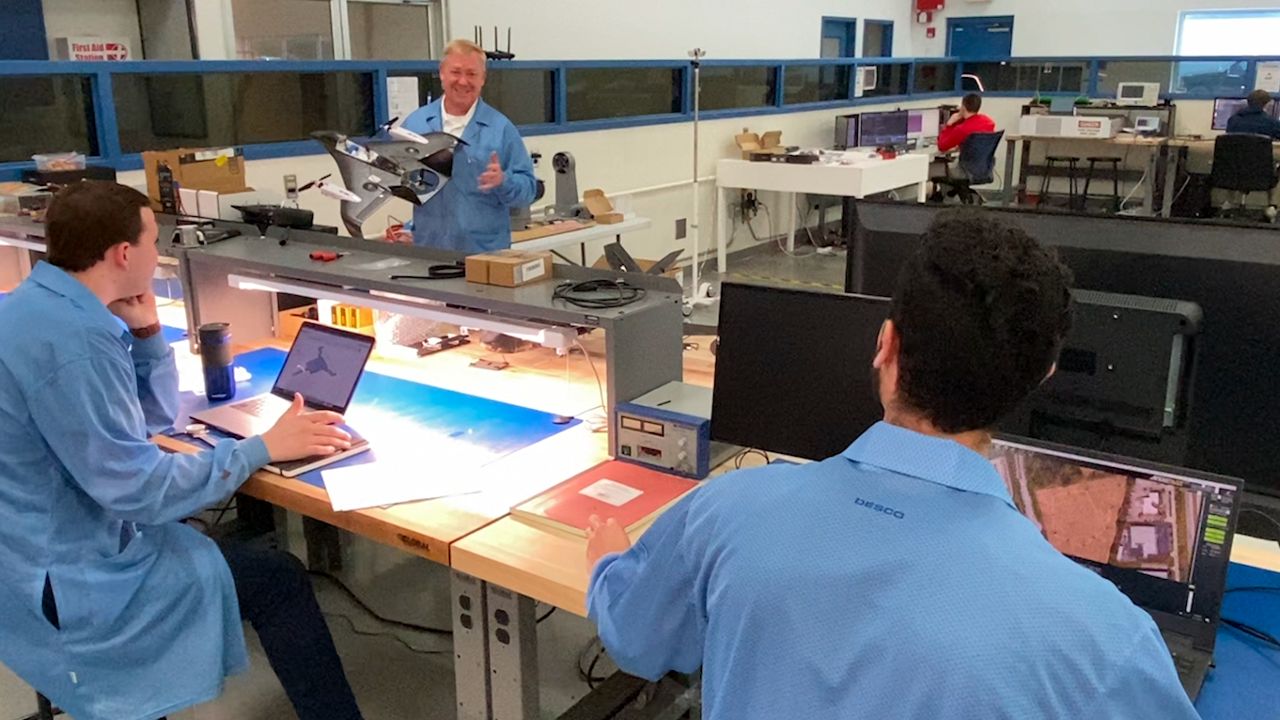 HILLIARD, Ohio — For decades, John Bair has searched for ways to use technology for both practical and lifesaving measures.

He and teams at Hilliard-based Converge Technologies have developed an unmanned drone for use in public safety.

“Accidents, kids actually crash their cars, kids die,” said Bair. “And by the time the first responder gets out there, we're talking eight minutes, 10 minutes. We can be across town, which is approximately five miles in probably 45 seconds. The cameras can actually analyze the scene to see how many are involved, if there's any other things they should be looking for.”

Converge Technologies is a business incubator of sorts and the drone project is a collaboration of multiple start-ups.

The drone uses artificial intelligence, 5G, GPS and smart camera technology for pinpoint accuracy even in the tensest situations.

“A weapon on the scene, it can identify the weapon,” Bair said. “If there's other objects on the scene that the police would be interested in, it can identify those objects and give it probabilities. There's a lot of different drones out there. The reason it stands out is because, it's not the drone itself, it's the network, the tower, and the infrastructure. It's the virtual towers.”

Richard Arnold, an engineer, is working on a radar control board component for the drone, helping to prevent any obstruction like trees, birds or the elements.

He said the months of research and development will finally start to come to fruition later this year.

'It's a great feeling to design something, build it and put it into a product,” Arnold said. “To see the whole process, its fulfilling, that's why we do these things as engineers.”

The companies involved in the project have received grants from the Ohio Federal Research Network among other agencies.

Bair said his ultimate goal is to roll out the drone technology to every municipality across the country, but first, receive the proper certification from the Federal Aviation Administration to operate the drones.

“We’re trying to solve this problem. We want to get this drone first-responder system built,” said Bair. “It’s just now we have to put the technology together. So we’re doing test flights to get over the FAA’s requirements, for flying out of line of sight is what we’re doing.”