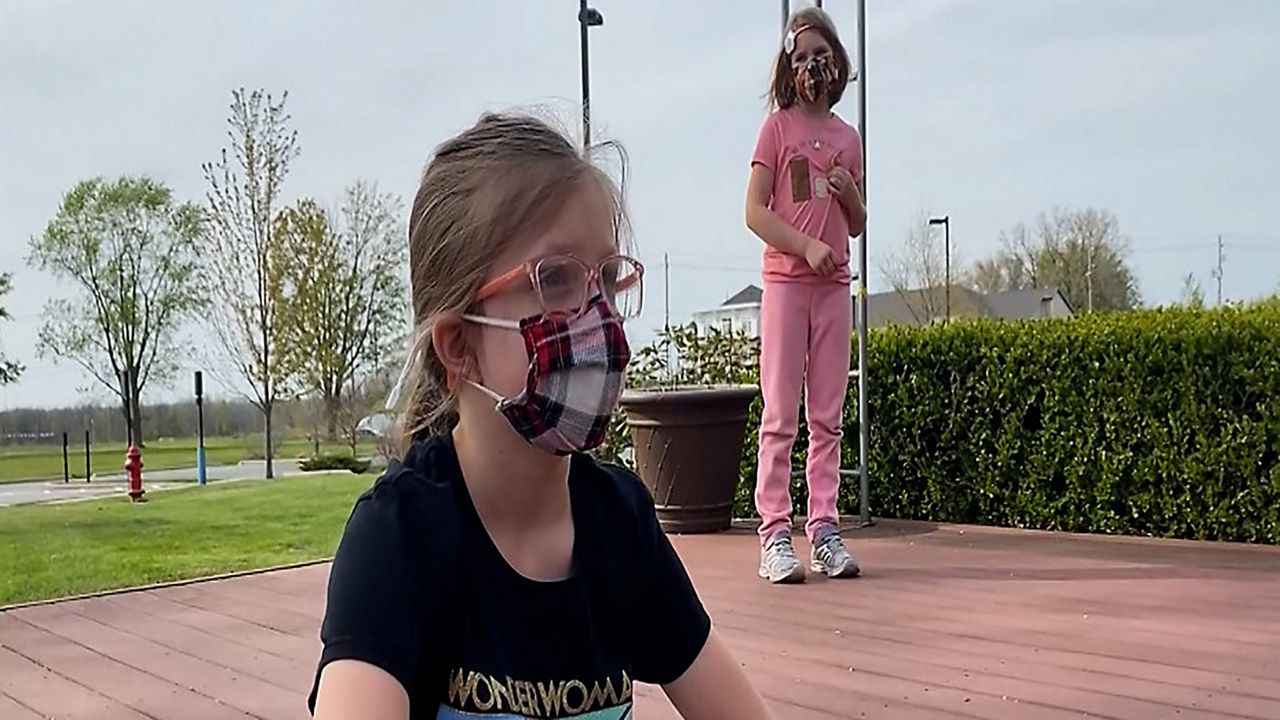 CLEVELAND — Some students in northeast Ohio are excited to be back in class and on stage.


Anna Nowacki likes being in the spotlight.

“I kinda wanna be a singer, but if I can’t do that, I might also be an actor,” she said.

The 7-year-old has been performing for years, first stepping on stage in her dream show.

“I used to love ‘Peter Pan Junior,’ so I started signing up for that and that’s how I met Mr. Dave,” Nowacki said.

Mr. Dave is David Malinowski. He’s a fixture at the Fine Arts Association.

“I started at Fine Arts when I was 4-years-old taking violin lessons,” he said.

And he hasn’t left, since, now serving as the director of Performing Arts.

“Fine Arts is my life,” he said. “It’s been my life. It made me who I am and now I get to give back and help other kids who want to be in the arts.”

He lives his passion every day, passing on his love for theatre.

But the magic was put on pause during the pandemic, as the classroom moved to cyberspace for virtual lessons.

“That’s not theatre, because the live audience is such a big component of live theatre,” Malinowski said. “It’s the other cast member.”

Nowacki agreed; she likes having an audience.

“We just kind of had our parents watch in the background of our camera,” she said. “Instead of having like a million people sitting in seats watching.”

She said all those eyes on her isn’t so scary.

“I know I have older kids and friends by my side, so I don’t get that nervous,” Nowacki said.

She’s looking forward to performing "Alice in Wonderland’" with her classmates and perfecting her autograph.

“But if I knew how to write in cursive, I’d probably be practicing signing my initials in cursive,” she said.

The Fine Arts Association is also preparing to welcome students for summer camp sessions. Space is limited due to COVID restrictions and administrators said safety guidelines will be closely followed.

“The mask in the long run, I think it’s gonna be good,” said Malinowski. “It’s gonna teach these kids how to project, how to be clearer with their diction, because they have to over do it in the mask so much.”

The summer camps were canceled last year due to the pandemic.