Meanwhile, the trailside businesses are buzzing as well, particularly Loveland Bike Rental, where owners are hoping to ride the 2020 bike boom into this upcoming cycling season.

The rental shop is Conner Wilson’s family business. he said most weekends, he’s the one prepping the bikes, filling tires, cleaning the seats and handlebars and making minor repairs.

“This is my fifth summer working here,” Wilson said. 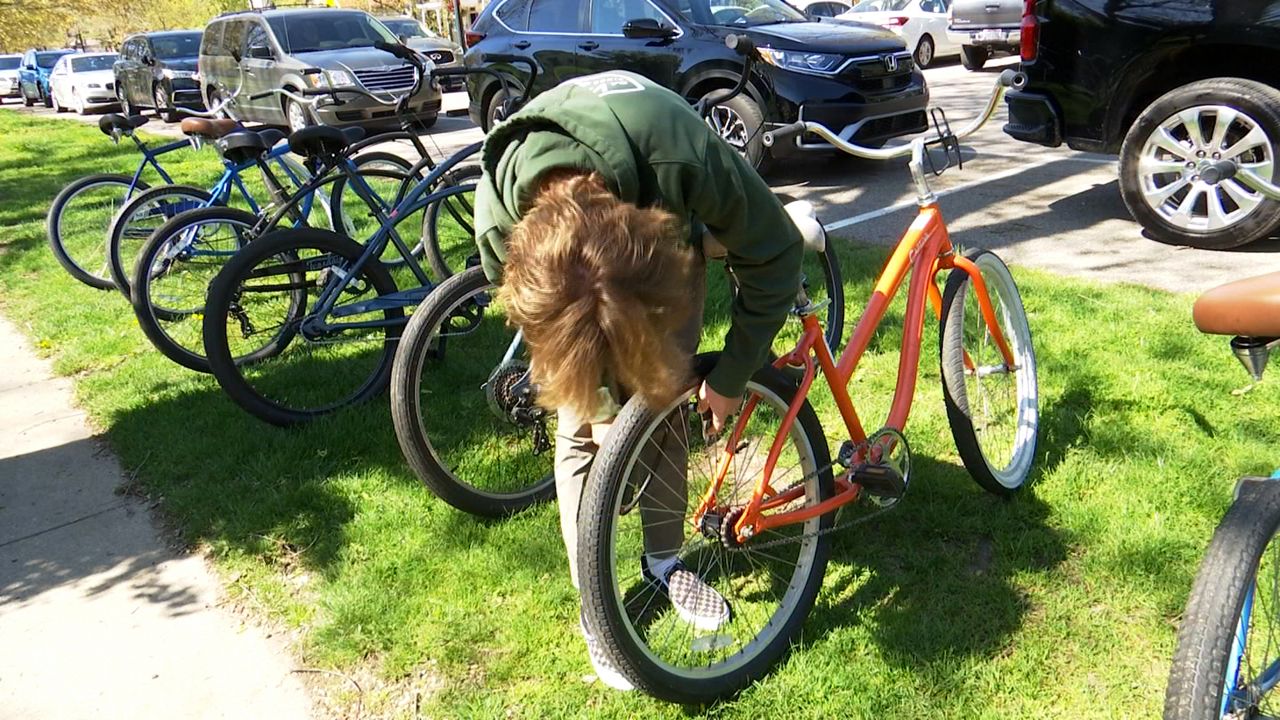 He’s hoping it’s another busy one as well. Like shops across the country, Loveland saw a bike boom in 2020. Even with the shop closed for two and a half months, Wilson said rentals were up 50% from 2019.

Nationwide, $4.1 billion worth of bikes were sold between January and October of 2020, a 62% increase from the previous year, according to NPD Group, a market research company.

Seemingly, everyone wanted their hands on a bike last summer and with sellers facing months-long backlogs, renting became a popular choice.

“It was really good for business that’s for sure but we were running out of bikes like daily,” Wilson said.

The spike in interest also led to parts shortages, setting back shops like Loveland’s.

“I think that the bike manufacturers are starting to catch up now so there’s less people coming to rent but there’s still a lot of people,” Wilson said.

That’s why the rental shop spent its off months getting ahead of the issue. Loveland Bike Rental has bought more bikes, hired more people and improved the customer service season, all in the hopes the bike boom continues, the owner said.

Wilson is optimistic despite signs interest in cycling could wane as vaccines become more available and bike stocks have dropped since their summer peaks.

The store isn’t seeing numbers like they saw last year, but he said spring 2021 is off to a good start. 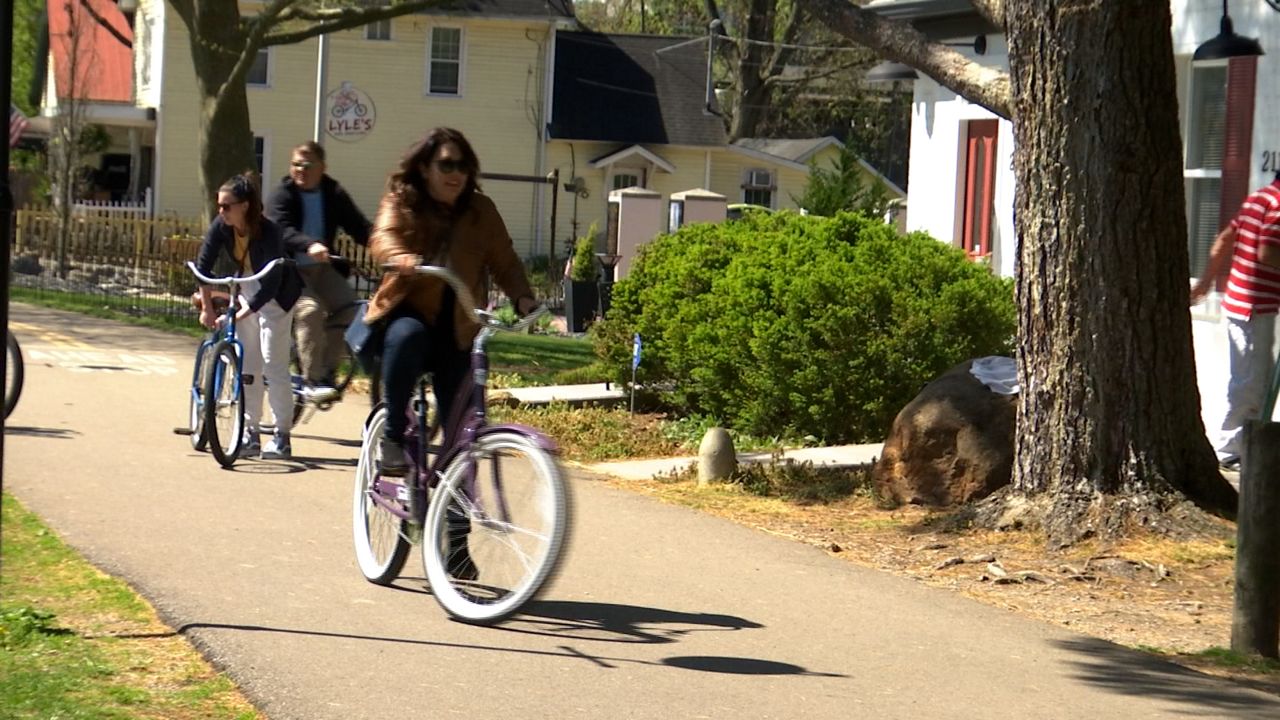 “As soon as church lets out we get absolutely swamped because everybody wants to ride bikes after church,” he said.

It’s not just bike shops hoping for interest to stay high. Places like Loveland Bike Rental see the most direct impact, but business owners across town said a busy bike trail has a trickle-down effect on them too.

Last year, Tri-State Trails reported bike traffic jumped 40% in Loveland about the same time stores and restaurants were reopening and getting back to serving trailside customers.

In order to keep that going, Wilson said his shop is trying to sell customers on a hobby, not just an afternoon out.

“We have an amazing trail that goes next to the river. It has some super scenic views and that’s really nice,” he said.

Ultimately, he hopes the ride, as well as the accommodations along the trail, are what keep people coming back season after season.