“I’ve been a national finalist,” Kass said. “I’m one of the top 50-59 women foilists in the country at this time.”

She is the founder and owner of Cyrano's Place Fencing Club in Lakewood. She’s been fencing since she was 13 years old, still competes herself, organizes tournaments, coaches and more.

“It’s kind of in my DNA,” Kass said. “It is definitely my passion. I love fencing because it’s such a parable for life. To be a good fencer you have to take responsibility for all your choices. You also have to have wisdom to know whether or not you need to be more or less aggressive. Just like in life, you have different people you have to work with, do you approach them aggressively or passively or something in the middle? And each person you have to deal with a little bit differently because of who and what they are and in fencing, it’s the same thing.” 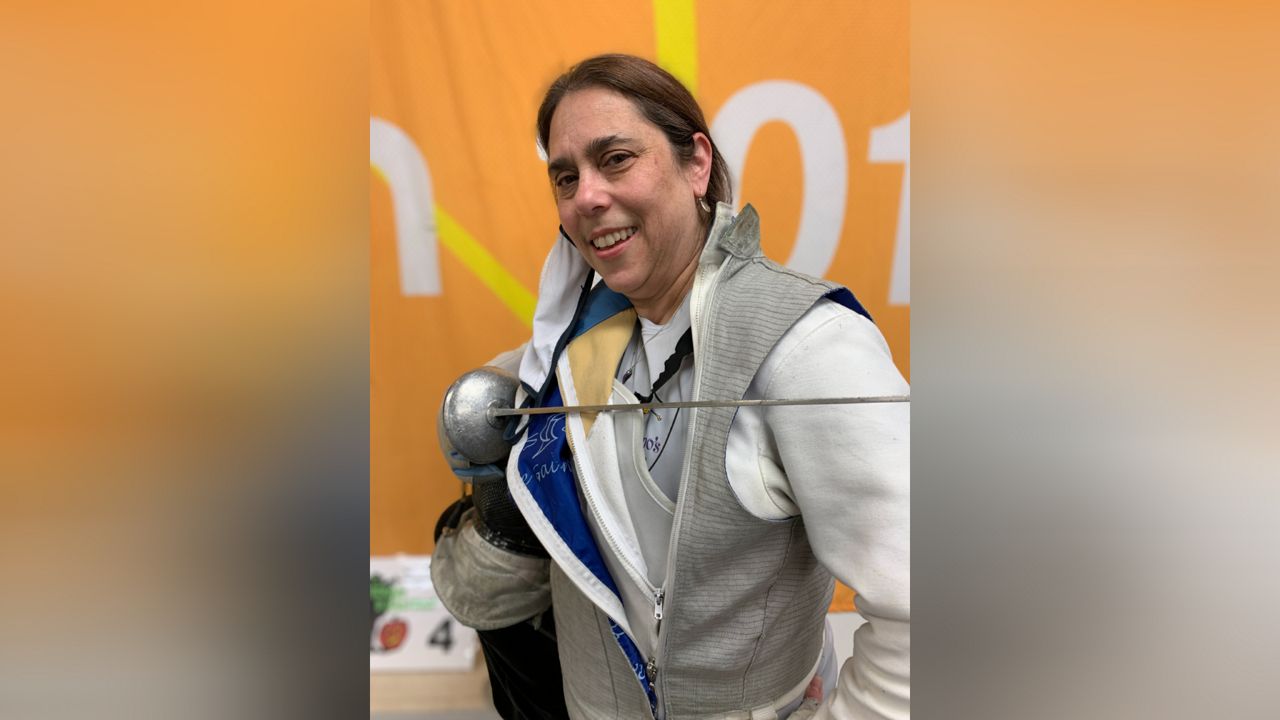 Kass coaches fencers of all ages. But her favorite fencers to coach are those that grow.

“I really don’t care how somebody grows, as long as they grow. And growth can be anything from one touch at a time to somebody realizing, ‘Wow I really am an intelligent capable human being and I'm’ going to be more so,’” Kass said.

In her 7-12-year-old class she has many new fencers, like 8-year-old Connor Williams, who decided to give the uncommon sport a try during the pandemic.

“I like fencing just because it’s fun cause you can just basically poke each other with swords and it’s just so much fun,” Connor said.

When life shut down during the height of the pandemic, so did fencing competitions.

He’s been fencing for over three years and has been looking forward to competing for months now.

“The pandemic really shut down any connection with the fencing season and it caused many people to not do as good as they used to,” Llew said.

For months they’ve had to battle against the same people in-house over and over again.

But competitions are starting to come back, with the first out-of-house tournament, “Escrime d’Un-Halloween,” coming up on May 1 and 2 for Y10-Cadet age eligibility.

“I’m very excited to get back to a tournament. Since we’re starting to reopen up again, fencing is starting to come back into sport and I’m really starting to love the more competition we get now,” Llew said. “I’m excited because it will be very fun and it will give me a lot more experience to learn.”

Llew is excited about the competition and he’s just looking forward to having a good time with his fencing friends.

“I’m just hoping to have fun,” Llew said. “(Fencing) lets me connect with different people who share the same interests as me. And it's also very fun, too.”

Kass is more than excited to have her fencers get back to competition and hopefully add some hardware to their collection.

“I’m elated because it’s happening and I’m scared cause ‘oh my God,’ I've only had two months to put this together when really I usually have four-plus months,” Kass said. “I’ve got registration that’s much higher than I had hoped for considering the circumstances. I think they're hungry and the parents are hungry for some semblance of normalcy and getting back into competition is normalcy.”