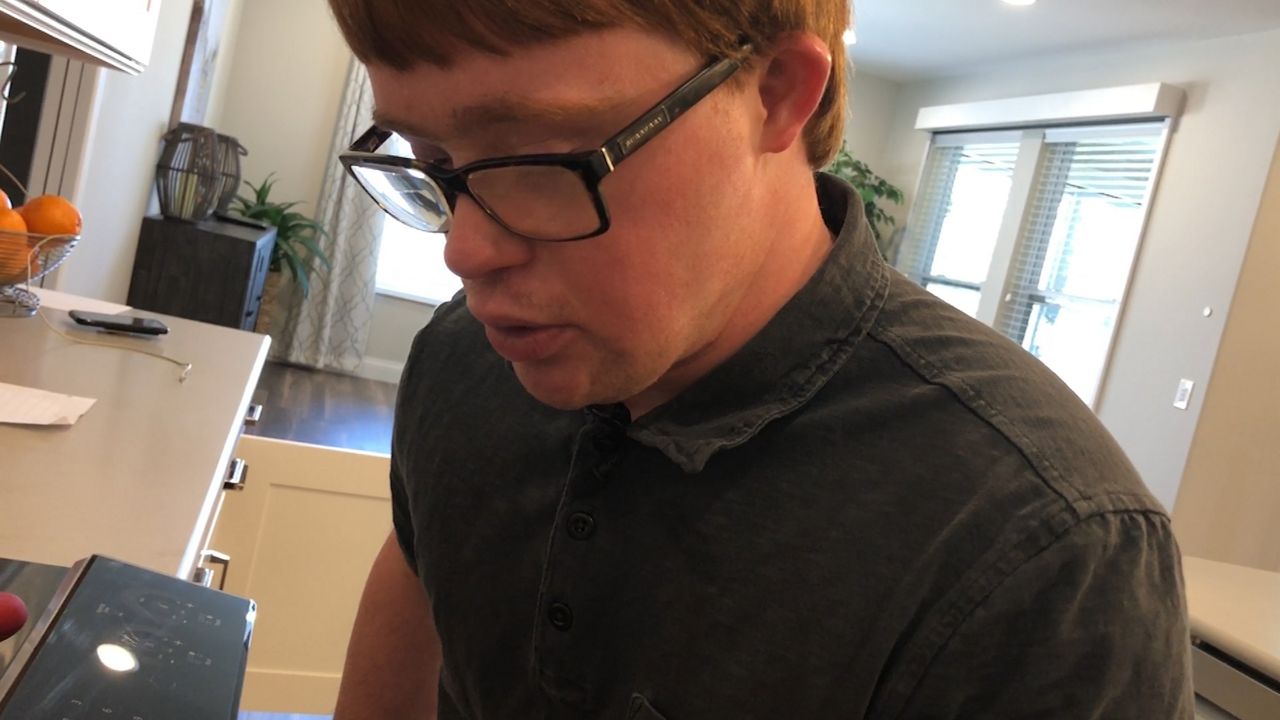 CINCINNATI — For some adults with disabilities, their main goal is to be able to live independently. LADD, a Cincinnati-area nonprofit, is making that happen thanks to a lot of state-of-the-art technology


​​For Daniel Jones, his own room outside of his parents’ house is a big step. The 24-year-old said he’s always wanted to live independently but was never sure he could, until now.

“This system shows you how to be very independent and will help you on knowing what your schedule is," Jones said of the technology inside the home. 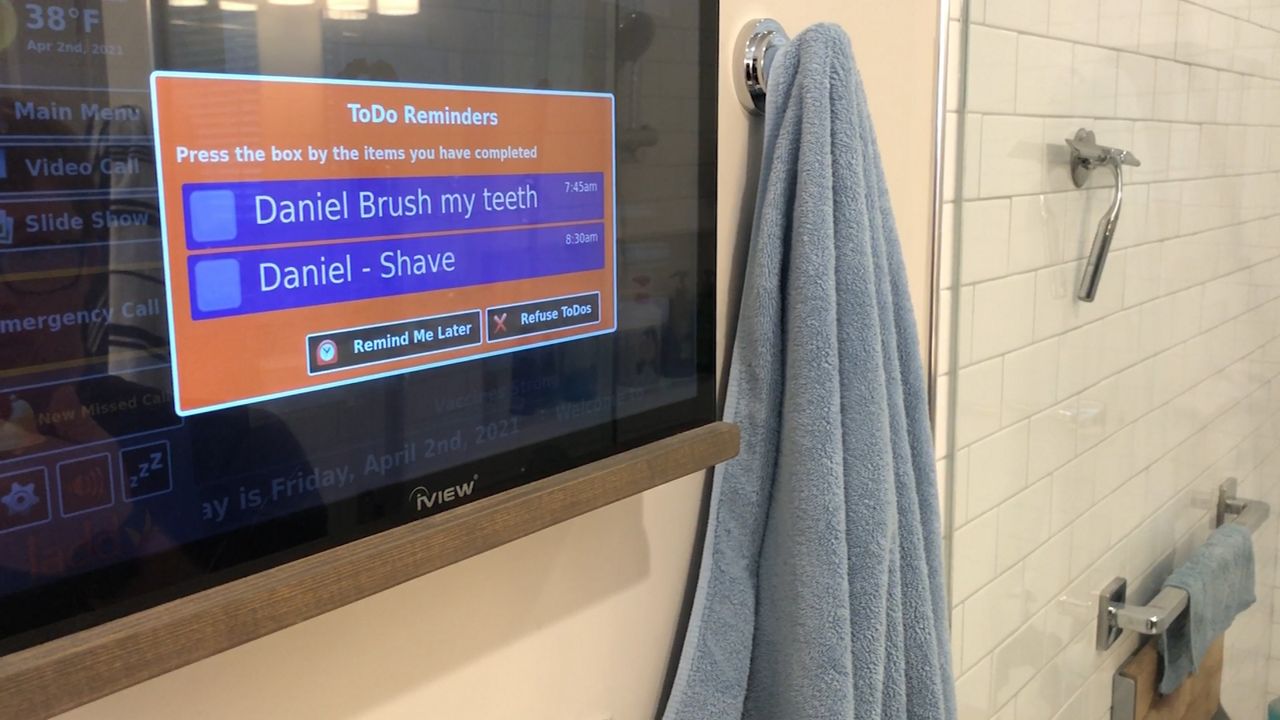 That’s thanks to LADD, a Cincinnati nonprofit that is piloting the smart house Jones is living in. There’s more than 100 pieces of technology in the home where four men with disabilities live together, without the help of live-in care.

“Really, no one is doing this," said Brian Hart, the chief strategy officer at LADD. "We scoured the country and found nothing that was going as far as we wanted to.”

The technology ranges from easier ways to reach dishes, to daily reminders, to easy access to help through 24/7 video calling for assistance. 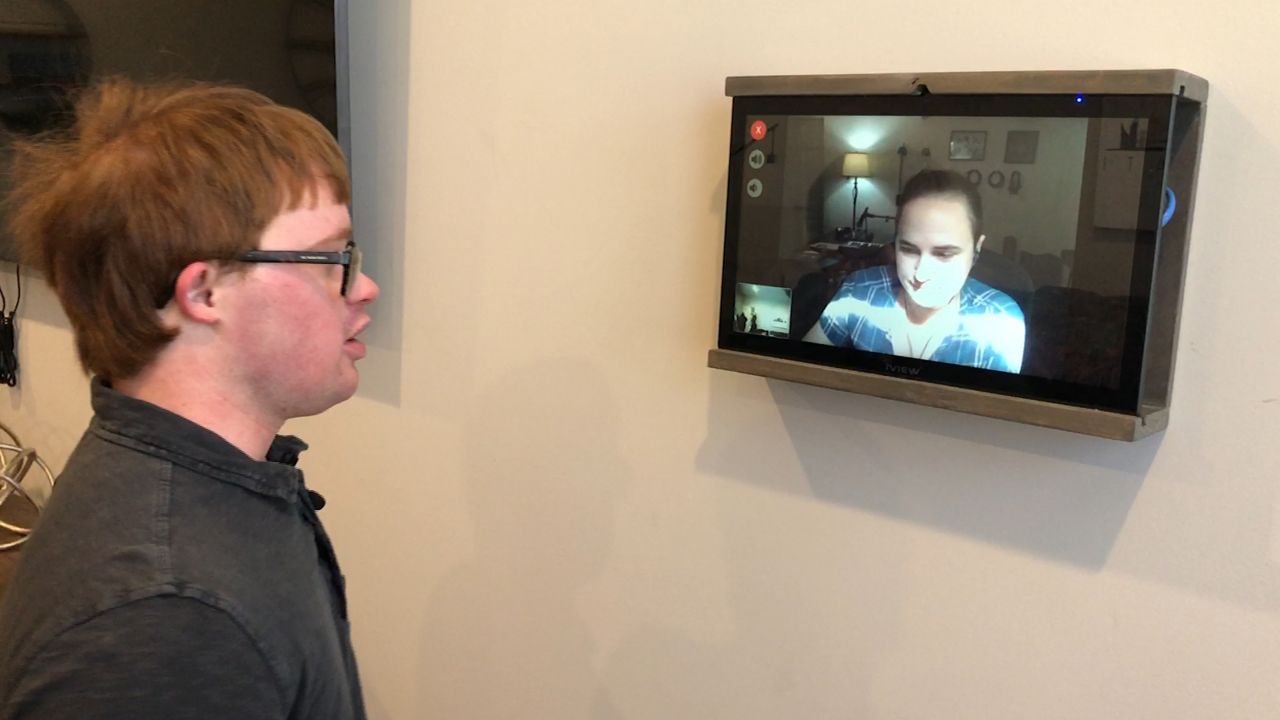 The house even includes a sensory room which helps keep the residents stay calm when they get stressed or upset.

The idea came after LADD realized the staffing shortages for assistance as well as not enough funding for it. So instead of having someone hired to wait for something to happen, the house can help sense something before anything does.

“If somebody gets up at night, the motion sensor in the room lets us know they’re moving," Hart explained. "When their feet hit the ground the floor. sensors know someone’s up and walking around. Different door and motion sensors let us know where they are in the house. And what this allows us to do is be able to provide assistance almost before they need it.”

For Jones, he’s always wanted to live outside of his parents’ home, and this smart house has allowed him to do that.

“I get choked up by talking about my family," Jones said. "But family’s very important to me because one, they helped to strive to be independent.”

And just in the six months since moving in, Jones and his roommates have proven they can do it.

“We’ve been able to be really successful in the guys being more independent," Hart said. "They’re more active in their community, they’re needing less interruptions and prompts in their day to just live their own lives.”

“I have people to prove that I can do what I have not done before and I can do it because of the support," Jones said.

This house was the test for the future, with hopes is to build clusters of smart homes, with different technology catered to the residents in every neighborhood in Cincinnati. This house has allowed LADD to realize what technology is useful and what’s not for future homes. The houses are also a part of the Forever Home project, so residents can stay in the homes for as long as they want to.