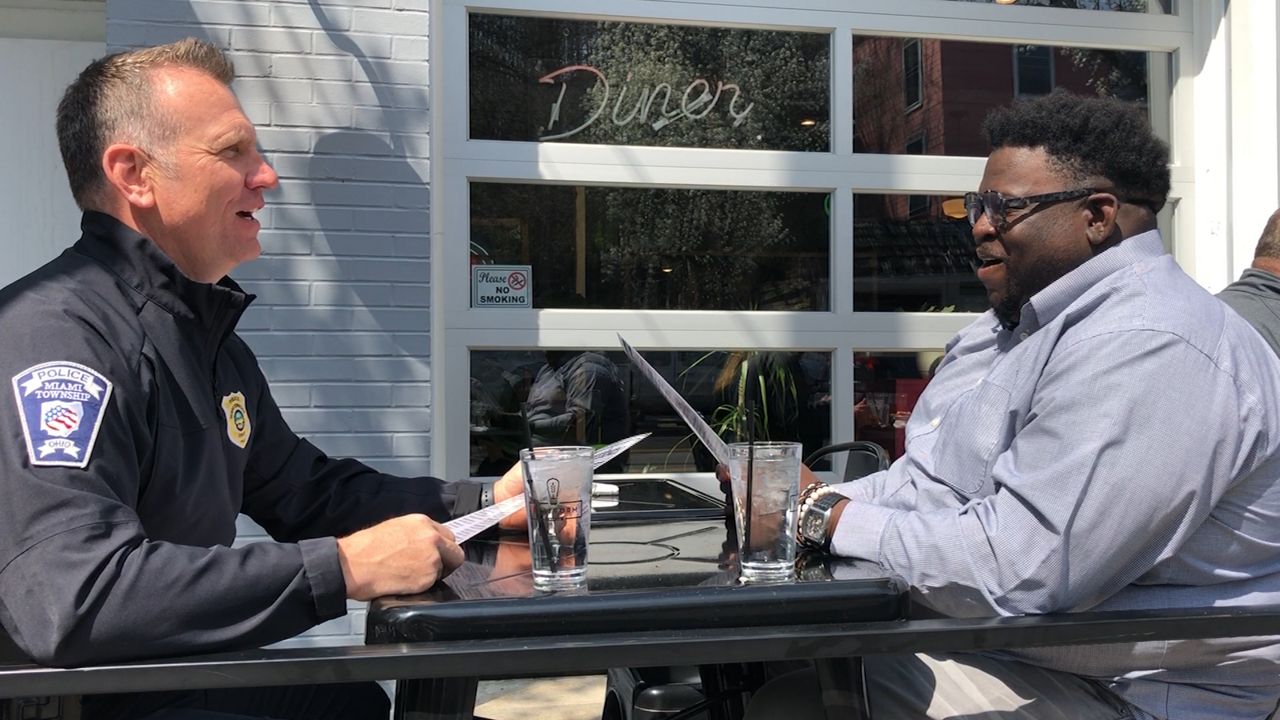 MIAMI TOWNSHIP, Ohio — Last spring, after George Floyd was killed, many Black Americans wondered how they would be kept safe in their communities. That’s exactly how Achmed Beighle approached his local police chief, which led to a larger conversation about race.

But the meeting came about because of an email Beighle sent to Mills after the death of George Floyd and Ahmaud Arbery.

“Those two moments, when the world was seeing what was unfolding, was it for me," Beighle said.

That’s when Beighle began to question what his local police department was doing to protect his family.

“I was just concerned in this beautiful neighborhood that we live in," Beighle said. "How can we make sure that this does not happen?”

“What’s preventing us from having a similar incident?" Mills said. "So, I took that email very seriously.”

That’s what started an even bigger conversation about race.

“Mike Mills shared all of the requirements and all of the information that his department has specifically to avoid a George Floyd in Miami Township and Milford," Beighle said.

But Beighle wanted to go further, which was why he brought up UNDIVIDED, a six-week cohort that promotes open conversations to help heal racial divide.

“When he mentioned that, the first thing I thought, and I actually said to him was wow, that might be something we might be interested in because it’s something that we’re not doing," Mills said.

Mills then began to set up the group, made up of Black residents and white officers, and after the six weeks, both sides said they learned something new.

“The ability to listen to these stories and kind of see through their eyes what they’ve experienced throughout their life," Mills said.

“People are actually building a respect for the police force and not thinking that it’s an enemy me versus them kind of thing," Beighle said. "And I thought it was great. We need more of that.”

While these two continue their friendship , the founder of UNDIVIDED hopes it’s just the start.

“Just seeing this group having lunch is what it’s all about," Pastor Chuck Mingo, the founder and CEO of UNDIVIDED said. "If we can come to the table and be willing to engage with each other to share not just a meal but our stories, our perspectives, our hopes and our fears, then actually we can make progress.”