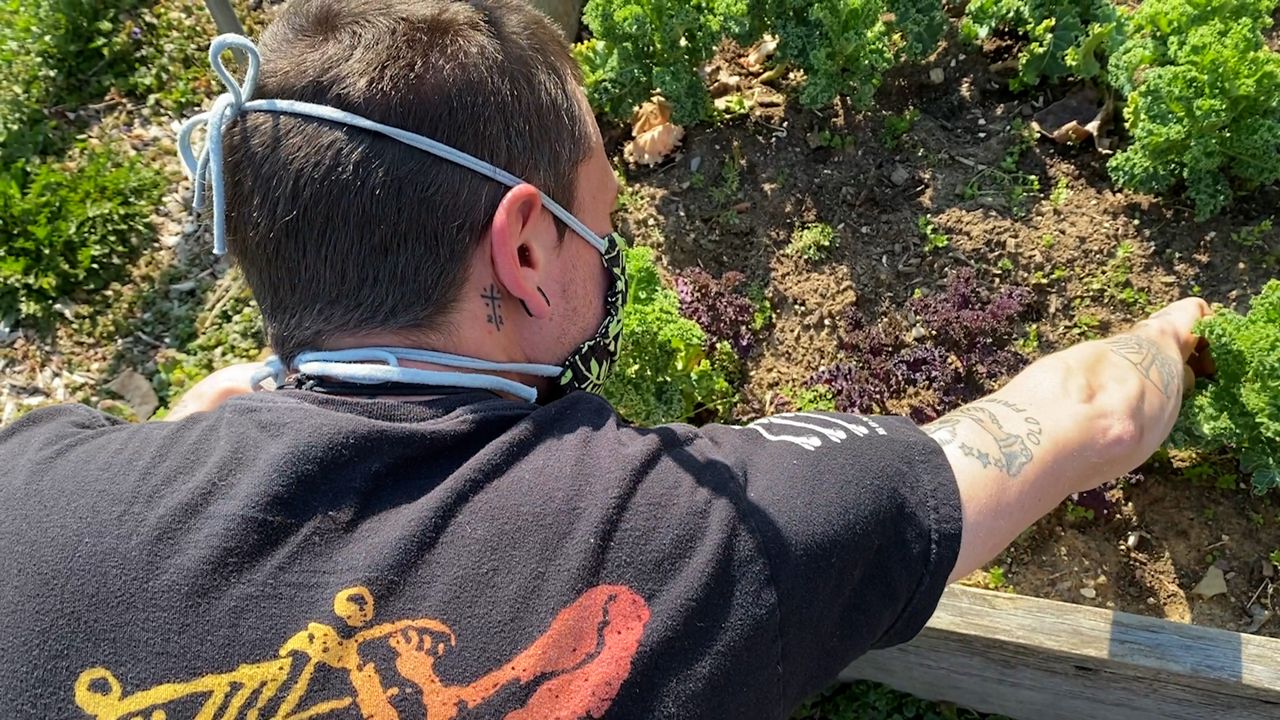 Fresh Produce Is Hard To Find In This Neighborhood, so Locals Made a Map

CINCINNATI — The handful of chickens strutting through the yard are easily the divas of Paper Street Farm. On Thursday morning, they were feasting on scraps of kale grown 50 yards from their coop in the hopes these locavores will repay the favor with a dozen or so farm fresh eggs by the afternoon.

Mike Obrest is their owner and caretaker in addition to managing growing garden surrounding his property. It’s open for anyone in the neighborhood to rent out a plot and reap the benefits of fresh, healthy, local food, resources that, until recently, were hard to find this close to home.

Obrest is one of 3,600 residents of Sayler Park, Cincinnati’s western-most neighborhood. 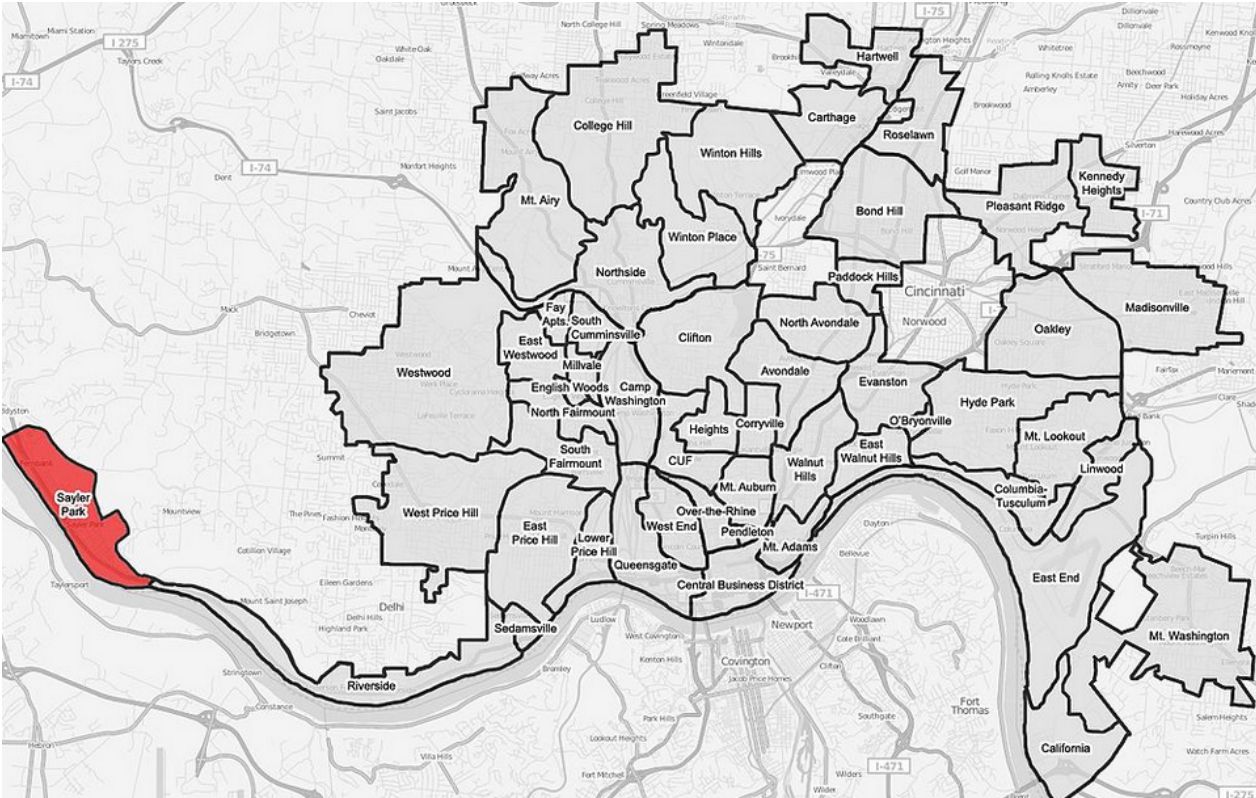 The place is known for its riverside park and roads winding through the hillside, but the same assets that make the neighborhood unique also cut it off from the rest of the city.

There’s only one easy way in and out of the neighborhood. It takes about 20 minutes to get to downtown Cincinnati.

It’s not the ideal place for large-scale retail, which could be why the closest grocery store is 5 miles away.

Though for Dr. Alan Wight, a professor and community garden liaison at the University of Cincinnati, the neighborhood was a perfect candidate for one of his food mapping projects. 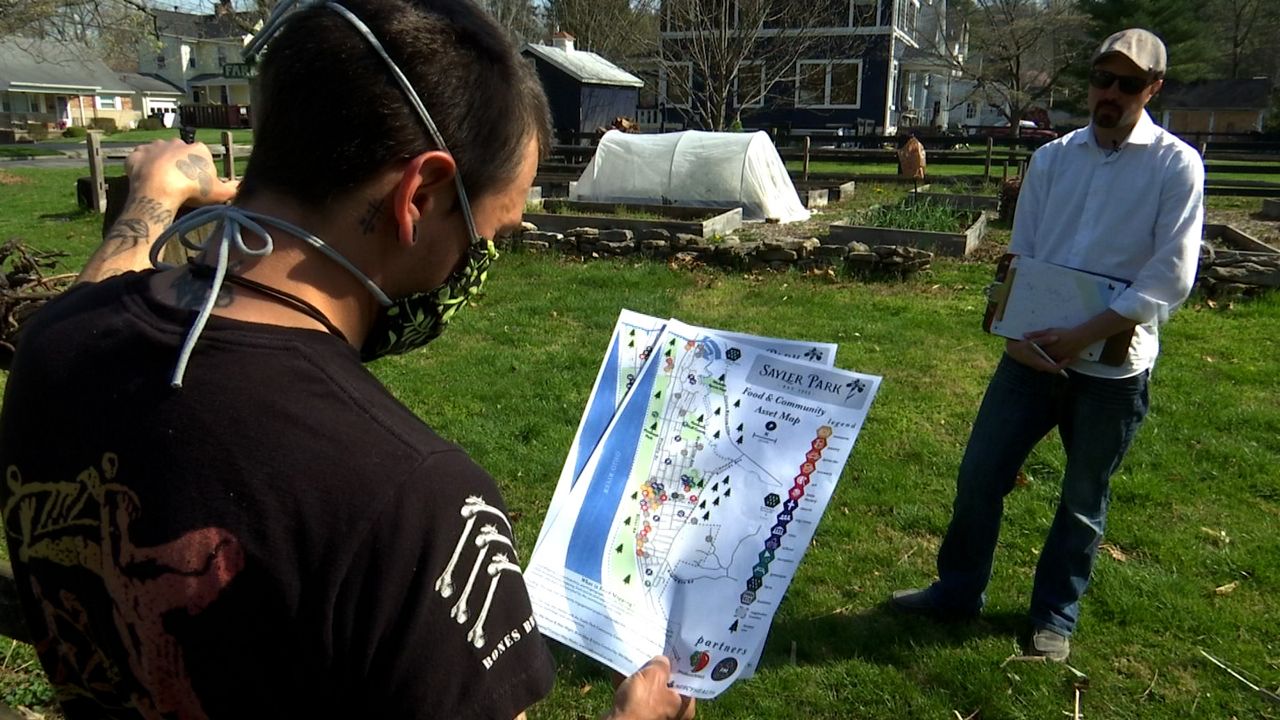 “Mike was involved in at least one of the first two or three meetings before the pandemic hit,” Wight said.

The project started in late 2019 in partnership with Produce Perks and Mercy Health, giving Sayler Park locals time to get to know exactly what their neighborhoods had to offer.

“In one way it shows people what you can do with a small area of land and how much food can actually be grown from it,” Obrest said.

Wight’s maps also drew attention to the food that is already there naturally. 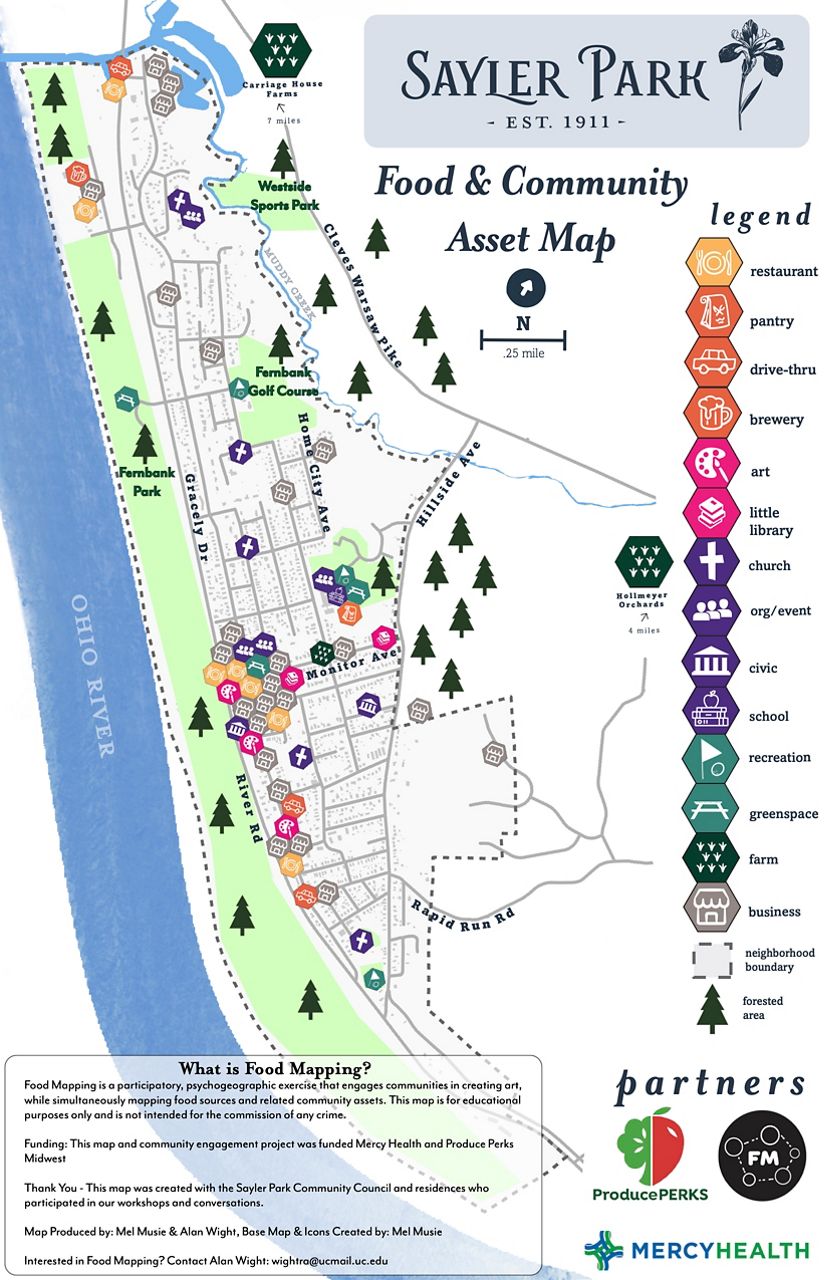 “Once you do know what you’re doing, this part of the world is filled with papaws, filled with mulberries and black walnuts,” he said.

Part of the process was offering those lessons. Wight gave anyone interested kits to help identify edibles throughout the neighborhood, giving examples of leaves, berries and bark that give the plants away.

He said those native edibles are also some of the easiest to start growing in any neighborhood garden.

Wight understands though that foraging and gardening can’t be the only option for finding food in your neighborhood. His maps also highlight manmade assets.

From there, locals can work with food access organizations to improve what they already have, like Gracely Food Mart, the neighborhood convenience store.

A recent partnership with Produce Perks, has helped the store expand its refrigeration and add more fresh produce options.

The project has also increased interest in expanding Paper Street Farm, and adding more places like it. The Sayler Park Community Council said the neighborhood is hoping to install an orchard at the local school and is working to expand its seasonal farmer’s market.

As for the maps, Wight said they’ll go up around the neighborhood. He’s been giving them out to some of the local food providers like Obrest.

He plans to display it proudly on the farm.