GOLF MANOR, Ohio — When Golf Manor Police Officer Matt Haverkamp died in 2005, his family and friends wanted to find a way to continue his legacy as a K-9 handler by establishing a foundation in his name.

That foundation has done that and more.

It’s a task the four-year-old K-9 is very good at.

Chief, as well as 80 other dogs, were purchased and provided to local law enforcement agencies thanks to the Matt Haverkamp Foundation, in honor of the first K-9 handler at Golf Manor who died in 2005.

“The foundation was started after Matt passed to further that legacy and to continue helping agencies purchase K-9s, and keep K-9s out in the field,” Forrest said. 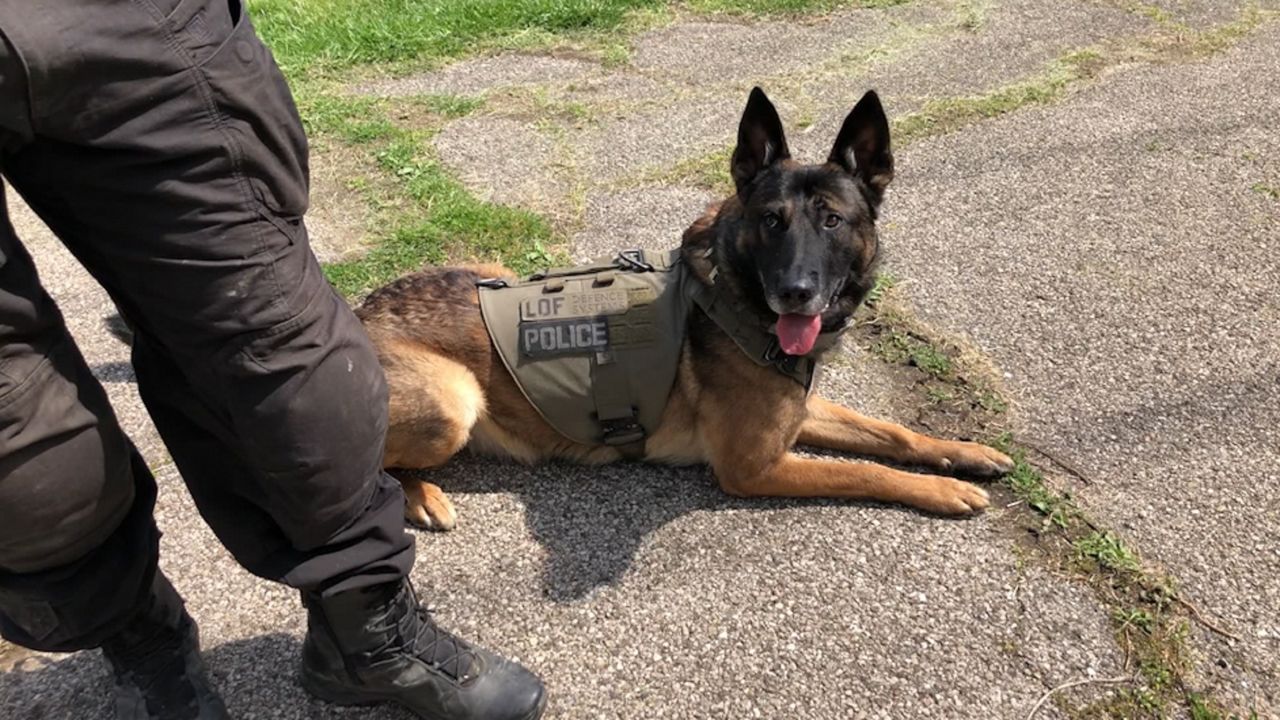 Foundation President Heather Lane was a life-long friend of Haverkamp’s, so now she oversees events and fundraising for the organization, including the annual 5K run/walk that’s happening this Sunday at Spring Grove Cemetery in Cincinnati.

“To be honest, it’s crazy to think that in 2005 we thought we’d be able to purchase one dog throughout this whole thing,” Lane said. “And we’ve actually purchased 81 K-9 dogs.”

The 5K run and golf outing helps drum up support for the organization to fund purchasing and training the police dogs.

Lane said the foundation has raised and donated more than $770,000 since its inception.

“Last year, we purchased 10 dogs alone,” she said. “Not to mention like the protective vests, the trainings, and stuff that we provide that we give the money for. It would be nice to see 100 dogs purchased by our foundation.”

Forrest said not only do the K-9 officers help perform an extremely essential function of the job, they also help carry on Haverkamp’s memory.

“That’s what makes Chief so important to our agency — it’s that full circle of life, you know,” Forrest said. “When Matt died, our K-9 program went away, and in 2017 when we reached out to the Haverkamps and said we’re ready to bring another dog back in, it was a special moment for I think both their family and our agency.”

Registration for Matt’s 5K Pursuit will be open until the race starts at 9 a.m.