CLEVELAND — We've all probably dreamed of taking a class where we could play games for a grade and that dream is coming true for students at one Northeast Ohio university. One of those students is Grace Dahl. She enjoys playing video games.

"You're just put in this whole other world and it's often magical and fantastical and you get to explore a new place," said Grace Dahl, a senior music education major at Baldwin Wallace University.

Dahl started playing as a kid.

"Anything in the Zelda series. The legend of Zelda series is what I really grew up with," Dahl said.

But she also loves music and is studying to become a music teacher.

"Music is really the place where I always felt welcomed and at home and like I can be expressive and be myself," Dahl said.

He loves music, too.

"I love the storytelling and like the feelings that music can evoke within the listener or the performer," Huynh said.

So when Baldwin Wallace offered a course called 'Music and Meaning in Video Games' both seniors quickly signed up.

"I love video games and like music and when I heard that we might be playing video games in class too I was like 'Oh you got me. I'm on board. Absolutely," Huynh said.

Ludomusicology is what the students are learning in the course. It is the study of the intent behind the music used in a game.

"One thing that this course has really helped me with is to become a little extra like cognizant of the role of music in the video game and kind of analyze how it affects my gameplay and what kind of emotions it evokes within me," Huynh said.

"What we're doing is analyzing how players interact with the music. How the music guides the player and changes the gameplay," Dahl said. 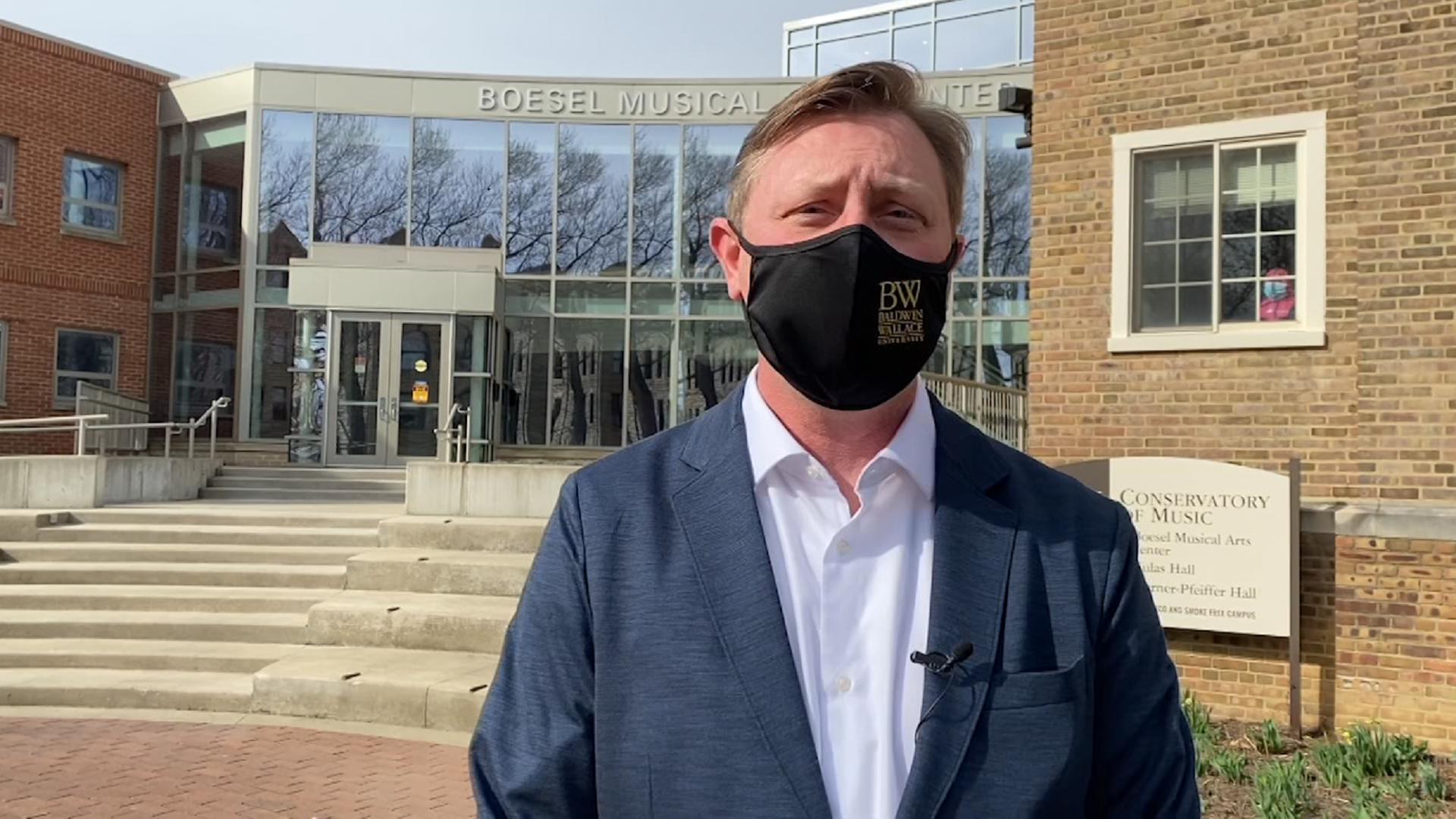 Professor Gene Willet came up with the idea for the class.

Willet said it's a lucrative career option for students to explore.

"Last year the video game industry was expected to make about $180 billion, which is more than the film, the entire global film, industry and the North American sports industries combined. So it's a huge industry that requires programmers, and music people, animators, designers, so there's a lot of opportunity there for people who are interested in video games."

An added bonus to the class: 'play days' where students actually get to play video games. So far they've played Guitar Hero, the original Donkey Kong games, and Mario Kart. All while learning, of course.

"It is really cool to play it and then sit down and think about what's going on with the music and how we're interacting with it in the game," Dahl said.

"We learned about the history and like the first generation of video games," Huynh said.

And for both students combining two things they love is a win.

"Growing up a lot of the themes and melodies that are reoccurring are some of (my) favorite things to play on piano when I was bored," Dahl said.

"For me, being able to share my love and passion and kind of like nerdiness or both with an amazing professor and a bunch of wonderful classmates it's really cool to just kind of all get-together and nerd out about video games and music because it's something we all love and enjoy," Huynh said.

The course currently has 14 students and the university is considering making it a permanent course.