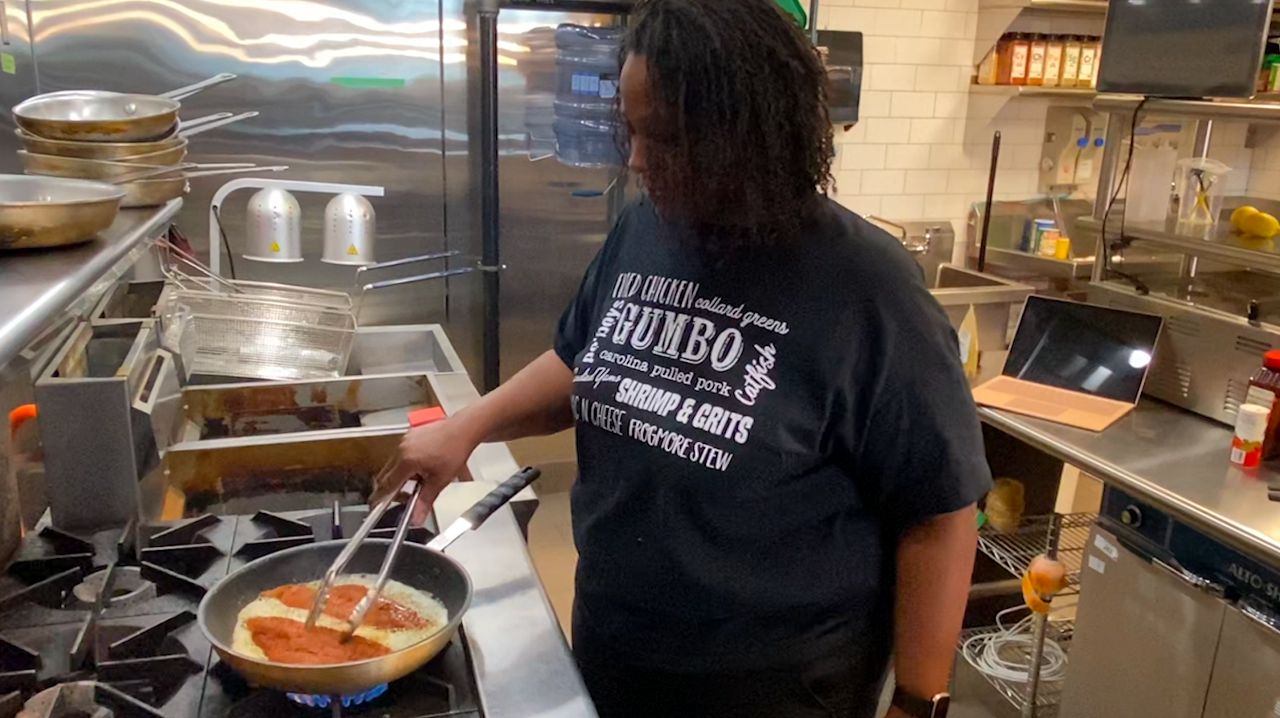 COLUMBUS, Ohio — More than a century ago, Budd Dairy Company was a well-known milk processing and distribution center.

Starting April 6, the building will host a grand re-opening as a food-hall-style operation operated by Cameron Mitchell Restaurants.

New vendor, chef and owner of Modern Southern Table, Sadaya Daisy Lewis, not only wants to share delicious foods, but the inspiration behind her cuisine.

After doing some catering work, she decided to apply and earned a spot at the newly-restored Budd Dairy Food Hall, a new venture by Cameron Mitchell Restaurants located in Columbus' Italian Village.

“I still love stand-alone restaurants, but I think this is a good opportunity for now,” Lewis said. “Brings a bit of diversity for families and for couples and things like that. We're not looking back at 2020 and COVID, we're ready to move forward with that.”

For Lewis, who earned an MBA in Marketing and Finance from Capital University, she said she's fortunate and excited to join the foodie mecca that is Columbus.

“People are just open and willing to go out and just try new cuisines, try new concepts, willing to just experiment,” Lewis said. “New restaurants are willing to pop up every day and I just love that.”