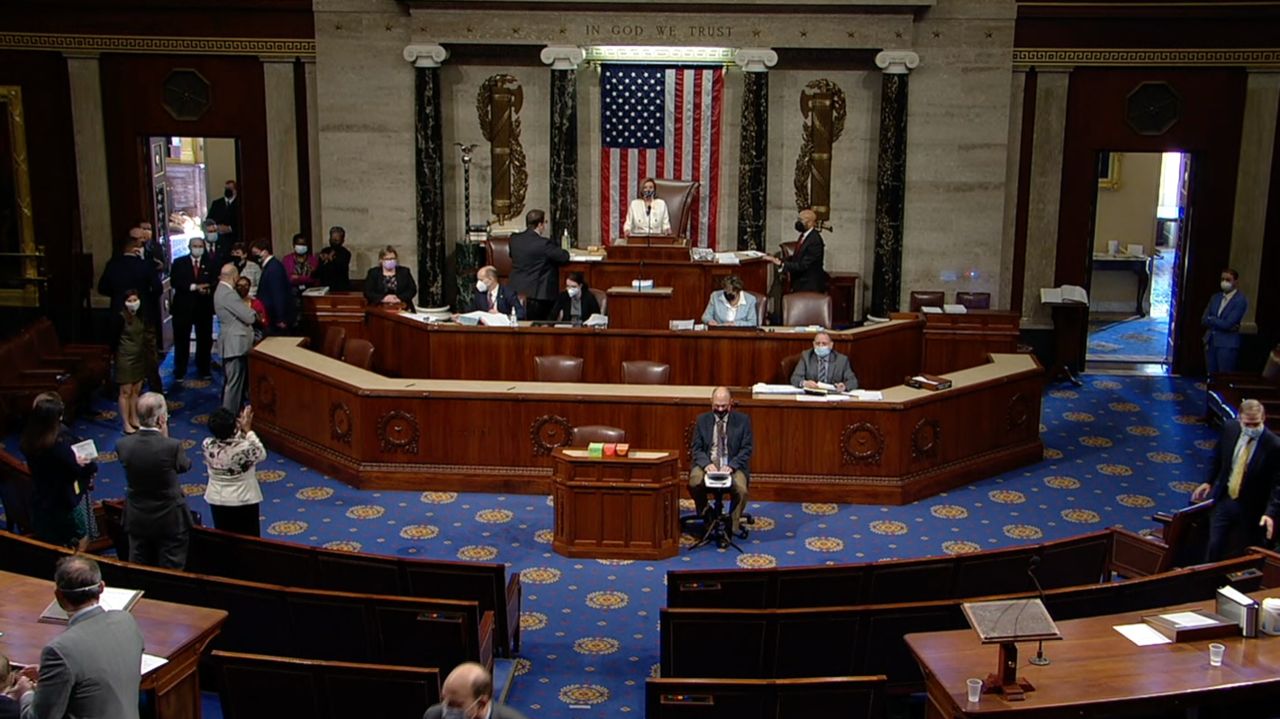 WASHINGTON, D.C. — President Joe Biden’s $1.9 trillion “American Rescue Plan” is a huge piece of legislation that will send money into all corners of the economy once it is signed into law Friday.

On Wednesday, all four Ohio Democrats in the U.S. House of Representatives voted for the package.

“This bill will provide a bridge to the future and will help families hold their households together until we can really get back to work at the level that we’d like to," Rep. Marcy Kaptur (D, OH-9) said in an interview with Spectrum News.

But all 12 Ohio Republican U.S. House members voted against it, arguing it’s too much money and includes items that have nothing to do with the pandemic.

“When people hear that there’s money coming in their direction, it’s pretty popular,” Rep. Steve Chabot (R, OH-1) told Spectrum News. "People like to receive dollars. But when they actually understand what’s in the package, I think they’re going to turn against it.”

“What my constituents want is for our economy to open back up,” Johnson said. “They want our schools to open back up. They want vaccines to get out there so we can get back to normal. They do not want the federal government to continue spending money that we don’t have.”

The bill includes $1,400 direct payments to anyone making less than $75,000 per year; it extends through September the federal unemployment benefits of $300 per week and the 15% increase in food stamp benefits; and it expands the child tax credit and earned income tax credit, in addition to sending hundreds of billions of dollars to state and local governments, schools, and emergency rental assistance.

The legislation does not include an increase in the minimum wage, something Democrats wanted and Republicans were against.

But the package does include funding for the National Endowment for the Arts, various public transit agencies, and "family planning" that has gone to Planned Parenthood in the past — all things Republicans have criticized.

Sen. Rob Portman (R-Ohio), who voted against the bill last week, tweeted on Sunday that he was "deeply disappointed Democrats decided to jam through a partisan $1.9 trillion spending package filled to the brim with liberal priorities.”

Deeply disappointed Democrats decided to jam through a partisan $1.9 trillion spending package filled to the brim with liberal priorities.

We worked together on 5 COVID bills, there was no reason we cannot do it again.

But Sen. Sherrod Brown (D-Ohio), who voted for it, argued a majority of the public is supportive — and in need — of another big relief package.

“This bill was bipartisan,” Brown said in a virtual interview with Spectrum News. “Republicans in the Senate didn’t vote for it, but that’s Mitch McConnell, the Republican leader’s, mission to undermine this president the same way they did with Obama.”