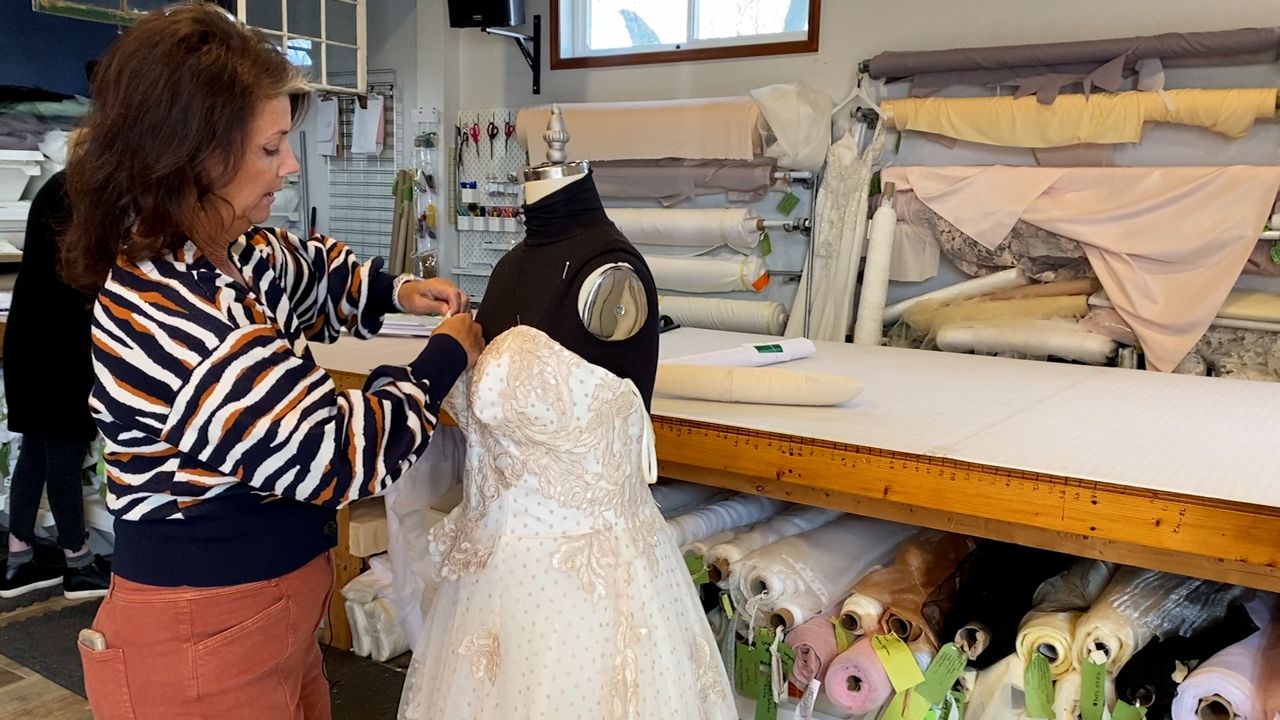 Designing With a Heart: How a Dressmaker Uses Fashion to Fight Human Trafficking

CINCINNATI — In a sea of white, there’s a beaded bodice, tulle skirt or sleek silhouette that suits every bride, and behind each beautiful gown is a careful, meticulous hand and dedicated designer.

At Renée Grace Bridal, that’s Teresa Eklund. The designer has more than 30 years of experience designing wedding gowns and five years running her own business, but what sets her work apart is its heart. She does her best to ensure each gown is as ethically-made as possible.

Many beautiful gowns have an ugly history due to fast fashion, labor exploitation and human trafficking. 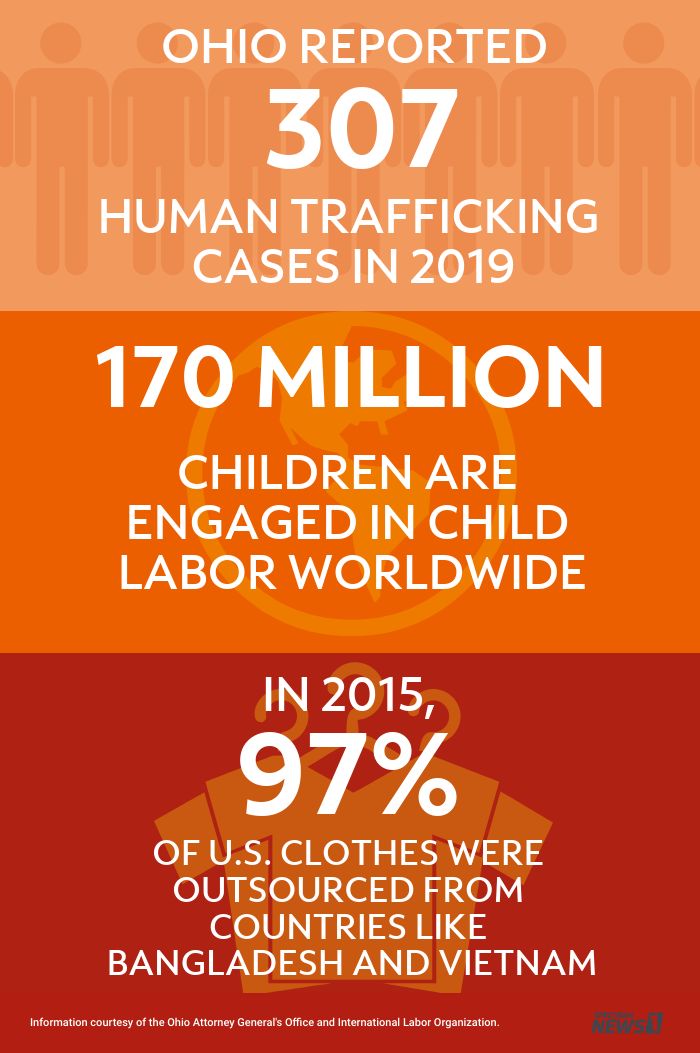 As a seasoned designer, Eklund wanted to examine her role industry’s role in that system.

About 10 years ago, she and her husband Steve made a trip to India and Moldova for research. There she learned just how common trafficking is and how inextricable it is from many of the products we consume.

“Women in Moldova have a 90% chance of being trafficked of some sort,” Eklund said.

That can be for the sex trade, debt bondage or forced labor. The fashion industry depends heavily on that last one, using sweatshop labor to produce inexpensive clothing they can import and sell for cheap.

“There has been a trend over the last probably 20 years of what we call in the industry fast fashion,” Eklund said. “That turn around of fashion that people want really quickly. They want the consumerism that’s fed into that.”

Eklund said even higher-end portions of the fashion industry are not immune.

“Most wedding gowns are made in China or Eastern Europe,” she said.

When Eklund started her own company, she wanted to make a difference.

“I have less than 10% of my fabrics from China,” she said. “Ninety-five percent of my laces come from either France, Italy or England.”

The most significant difference though is her staff. 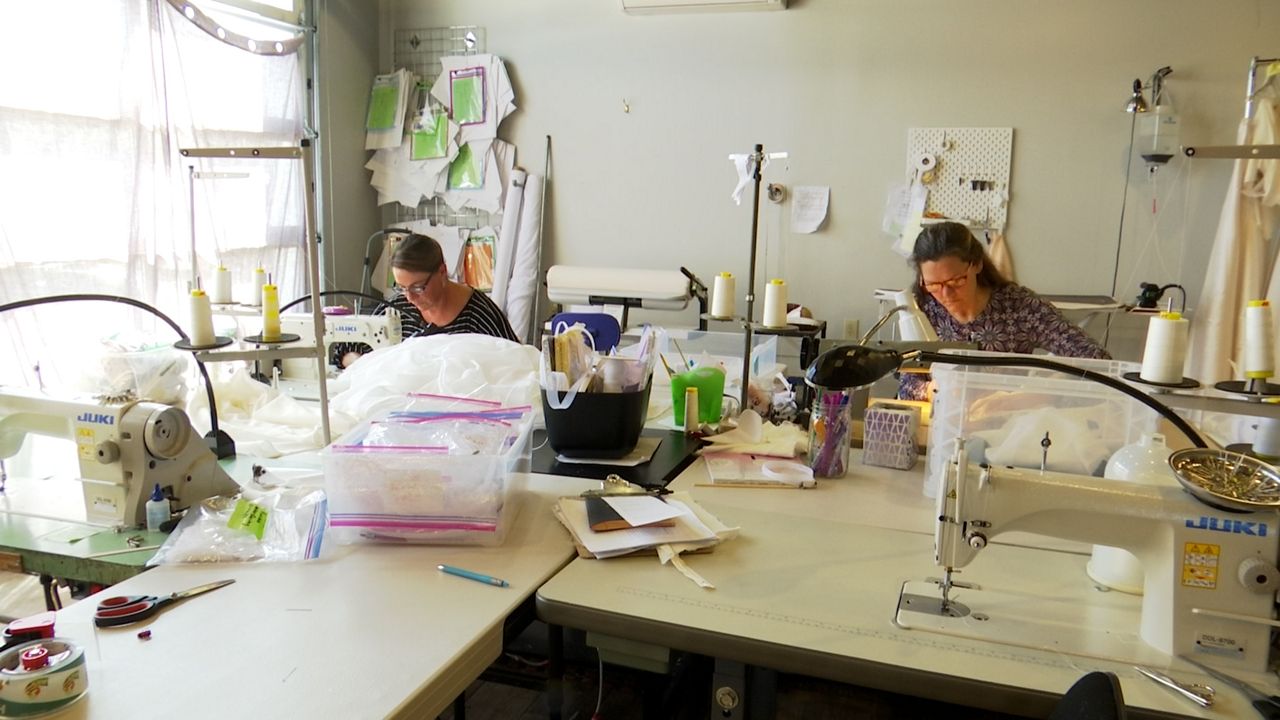 “Their dress isn’t being made by slave labor in another country,” Eklund said.

All of her seamstresses are from the United States and work in her studio in Sharonville for a salary. Eklund said she looked into hiring women who had survived trafficking, but she said few have the specialized sewing experience to be able to make the gowns she designs.

To make up for that, she makes sure she does her part to help fund solutions.

“Not only are our dresses ethically made here with fair wages but we also give a portion of all of our sales to organizations who are fighting trafficking both here and abroad,” she said.

Those specific organizations are Dressember and the A21 Campaign, both global initiatives. Dressember works to raise awareness of the issue and fund research while the A21 Campaign partners with authorities to rescue trafficked individuals.

Though much of the focus of trafficking in the fashion industry takes place abroad though, Eklund said it’s important to remember it’s an issue in everywhere.

“It’s not just other countries that this happens in,” she said. “We’ve had stories that it happened in Montgomery, Ohio.”

Ohio’s Human Trafficking Task Force reports hundreds are trafficked in the state every year. More than half of them are minors.

“So it’s in our own backyard, and so if we can provide fair wages and address this ethically made in our backyard, then it helps our city and it helps keep our economy going,” Eklund said.

Now she is taking that a step further.

For years, Eklund’s business relied on selling to bridal stores around the country, but in 2020, she decided to open up shop in her own studio.

It started as a necessity. During the pandemic, stores weren’t ordering her designs like they used to. 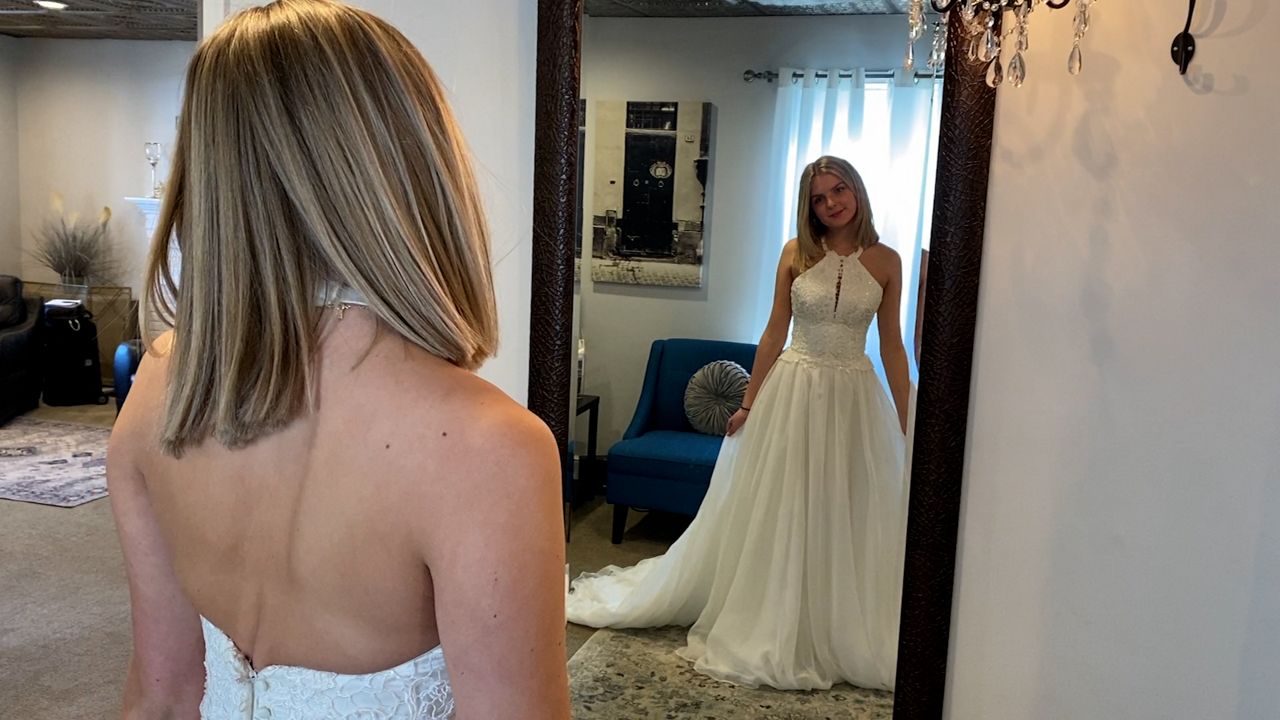 In the summer she opened up to give brides the option to come to her to try their gown on and customize it directly with the designer. So far it’s been a success and an experience that makes Eklund’s work all the more rewarding.

“It’s so much fun to actually see the look on a bride’s face when they’re like ‘Oh my Gosh, I’m actually gonna get the dress I want?!’” she said.

Over the past few months, Eklund has been building a new customer base to support direct fittings virtually and in person as she continues designing next season's options and selling her gowns to other retailers.

She said she looks forward to a wedding boom in a post-COVID-19 future and she hopes there’s a market for brides who want to know exactly where their dress comes from.