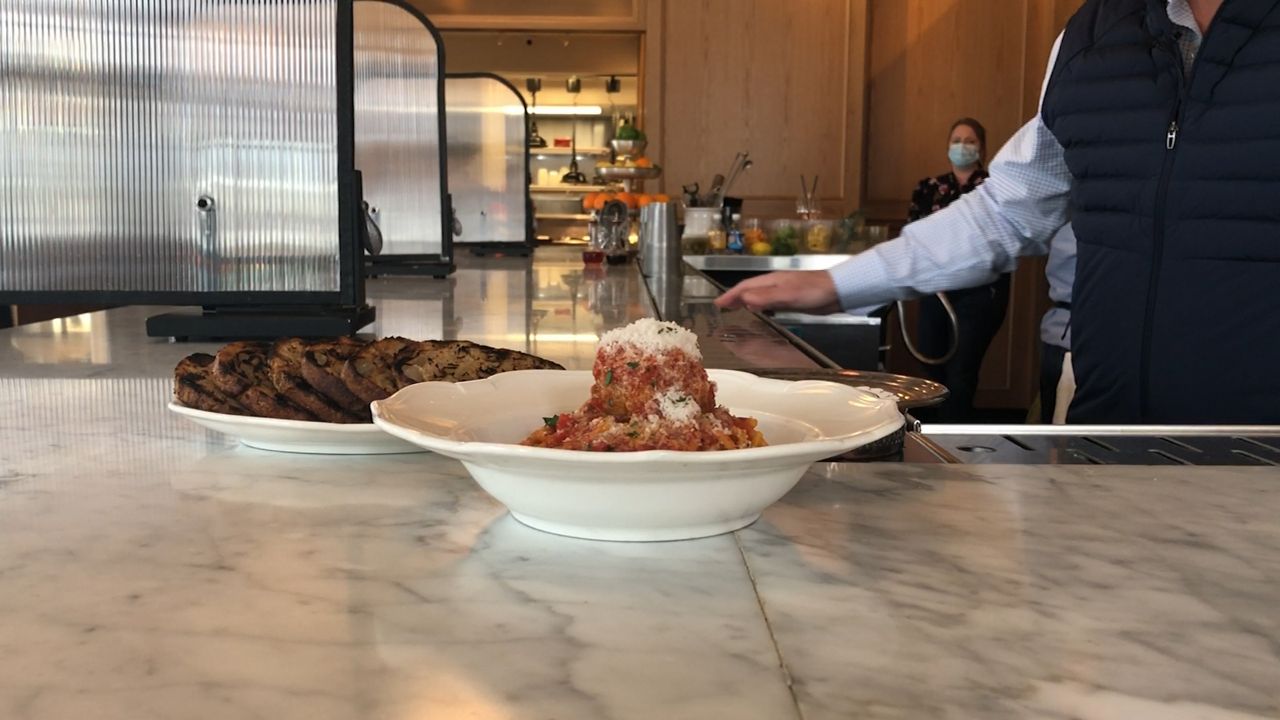 CINCINNATI — Thunderdome Restaurant Group is thanking their customers after they donated more than 200 meals to feed the homeless.


​​What’s better than a big bowl of spaghetti and meatballs on a chilly day? Thunderdome Restaurant Group is helping to provide that comfort to the homeless community in Cincinnati. Volunteers handed out the meals cooked at Pepp and Dolores and donated by the local community.

It’s something Joe Lanni, the co-founder of the Thunderdome restaurant group, said he was inspired to do after so many supported his restaurants.

“The overwhelming outpouring of support for our company and also for the restaurant community in general from the people in Cincinnati inspired us," Lanni said. "And we just said we gotta keep this positive energy going.”

And the cooks had a lot to prepare after more than double the 100-meal goal Lanni set was purchased by Thunderdome restaurant guests.

“We’re currently tracking over 210 meals through February, so we’re actually going to have to take a couple of days to feed that many people rather than doing it just one afternoon," Lanni said.

The meals are making a big difference at City Gospel Mission, where they’re served to those with the most need. Hannah Anderson, the volunteer coordinator, said through the pandemic they’ve worried about getting food on the table for their residents.

“We were kind of bracing ourselves, bracing our staff, thinking we were going to have to step in and do everything," Anderson said. "That’s not what happened at all.”

But thanks to Lanni and his team, Anderson and City Gospel Mission no longer have to worry.

“It’s going to be the best spaghetti and meatballs they’ve ever had in their life," Anderson said.

Lanni and his team are planning to make this donation a monthly event, choosing a different organization to donate meals to around the city. To purchase a meal to donate to someone in need, visit any of Thunderdome restaurants’ online ordering function.