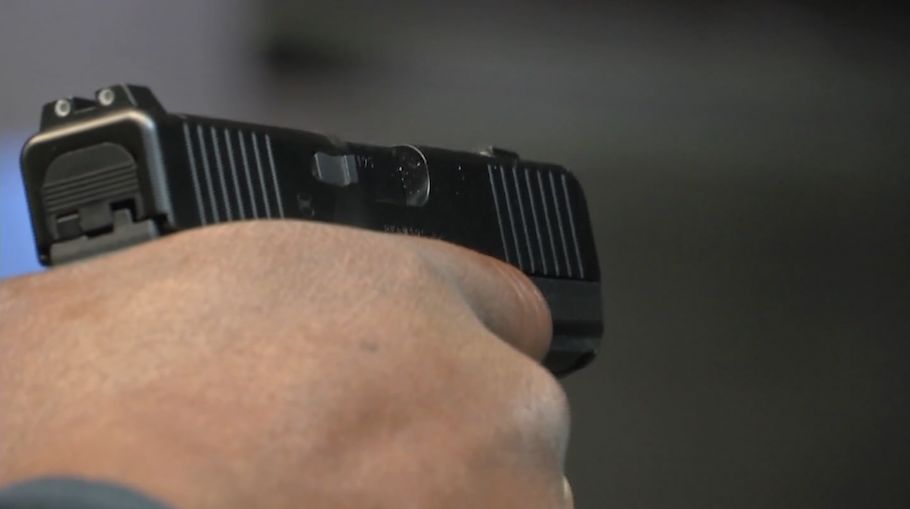 CINCINNATI — In 2020, Cincinnati saw 94 total homicides — 84 of them were gun-related killings. Overall, there were 486 shootings just last year, which is a 33% increase over a three-year average.

This rise in gun violence is prompting Cincinnati Police to make an effort to limit this from continuing in 2021 and beyond.

“2020 (was) a year unlike anything we’ve ever seen, specifically talking about the amount of gun violence — absolutely startling — particularly coming on the heels of 2017, 2018 and 2019 where we saw a significant reduction in gun violence,” Cincinnati Police Chief Eliot Isaac said.

Cincinnati Police is creating a Crime Gun Intelligence Center in partnership with the Bureau of Alcohol Tobacco Firearms and explosives.

“We want to be able to address all facets of gun crime” Isaac said. “From being able to trace a gun from where it was manufactured, who the first sale of that gun was to, if it was used in a crime, being able to trace that investigation. All the way through any intelligence or forensic information involved in this gun, and all the way through any prosecution, state, federal and even further than that, probation or parole if someone is convicted of a gun crime.”

The Lawson family is one of many in Cincinnati still processing tremendous loss in 2020.

On April 2, 2020, Leslie Lawson was gunned down in her doorway in the middle of the night when a stranger came to their door asking for assistance, claiming to have been in a car-accident.

Everett Lawson said he went to call 911 to get the young man help, but just in the short amount of time it took to place the call, his wife’s life was stolen away.

“Boom, boom, boom,” Everett said. “My wife is laying in the middle, in the doorway, you know — wasn’t nothing I could do for her. It was over with.”

Everett said he, their kids and grandchildren all are shaken by her murder.

“That was my life. I loved her, my soulmate,” Everett said. “There’s not a day that goes by when I don’t think about her.”

He said that action of senseless violence has created a ripple effect in his family’s life, and that’s something so many people in Cincinnati can relate to. 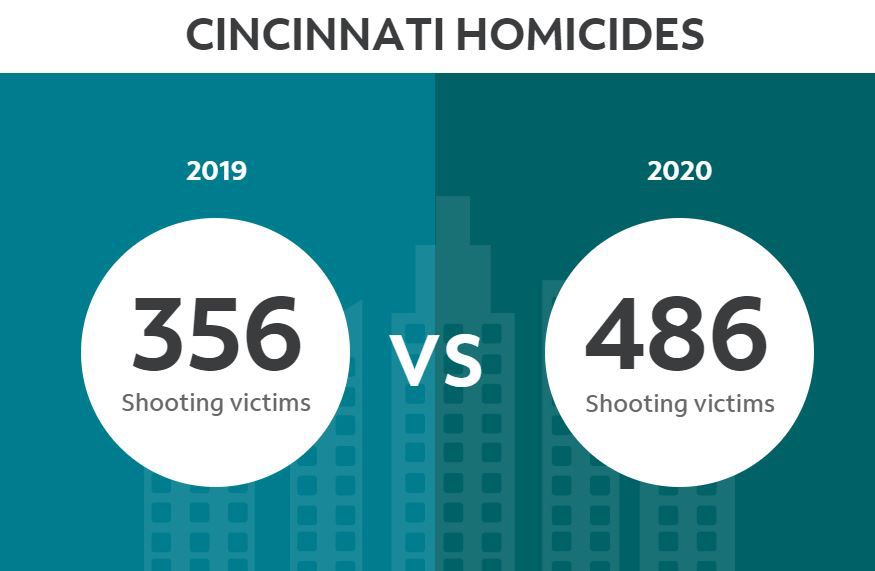 Isaac said having everything under one roof will drastically help the police make an impact on open investigations and potentially aid in preventing crimes from happening.

But one gun violence activist group thinks it may not be enough.

Toby Hoover is the Founder of the Ohio Coalition Against Gun Violence. She said prevention needs to be more of a focus on what’s going on not only in Cincinnati, but across the state and nation.

“I worry about all of those things because I never hear the word prevention from any of them,” Hoover said. “All I hear is we’re going to find the bad guys, and we’re going to do something about them.”

Isaac said the pandemic itself isn’t the sole reason why there was such a stark increase in gun violence, but it is a contributing factor amongst a multitude of other reasons.

“We see that many of these shootings are sudden disputes,” Isaac said. “There’s something, an argument, someone having that gun in proximity results in someone being shot or their life taken. I think we also see just the amount of guns that are in our community. We know that in 2020 more guns were sold than ever before and more guns were purchased than ever before, and still the demand is ever increasing.”

Isaac said he is not anti-gun, but he knows the sheer amount of guns is making an impact. Another contributing factor is the number of guns stolen.

“In 2020 we saw almost 200 guns that were reported stolen from vehicles,” he said. “Those guns end up into the community. We need to work on efforts to reduce that.”

Cincinnati Police will continue to use all available technology like the shot spotter gunfire detection system to ensure they are doing everything they can to make Cincinnati a safer City.

Lawson wants people to understand that resorting to guns is not the answer to resolving conflict.

“This gun violence stuff, you know, it’s got to end,” he said. “My life, my kids life, my grandkids — they don’t have their mother, you know, she doesn’t got her grandmother. It really will tear somebody up. Just think, please, think.”

A location hasn’t been chosen yet for where the Gun Intelligence Center will be located but Isaac said Cincinnati Police are hopeful to have it up and running in the late spring or early summer.