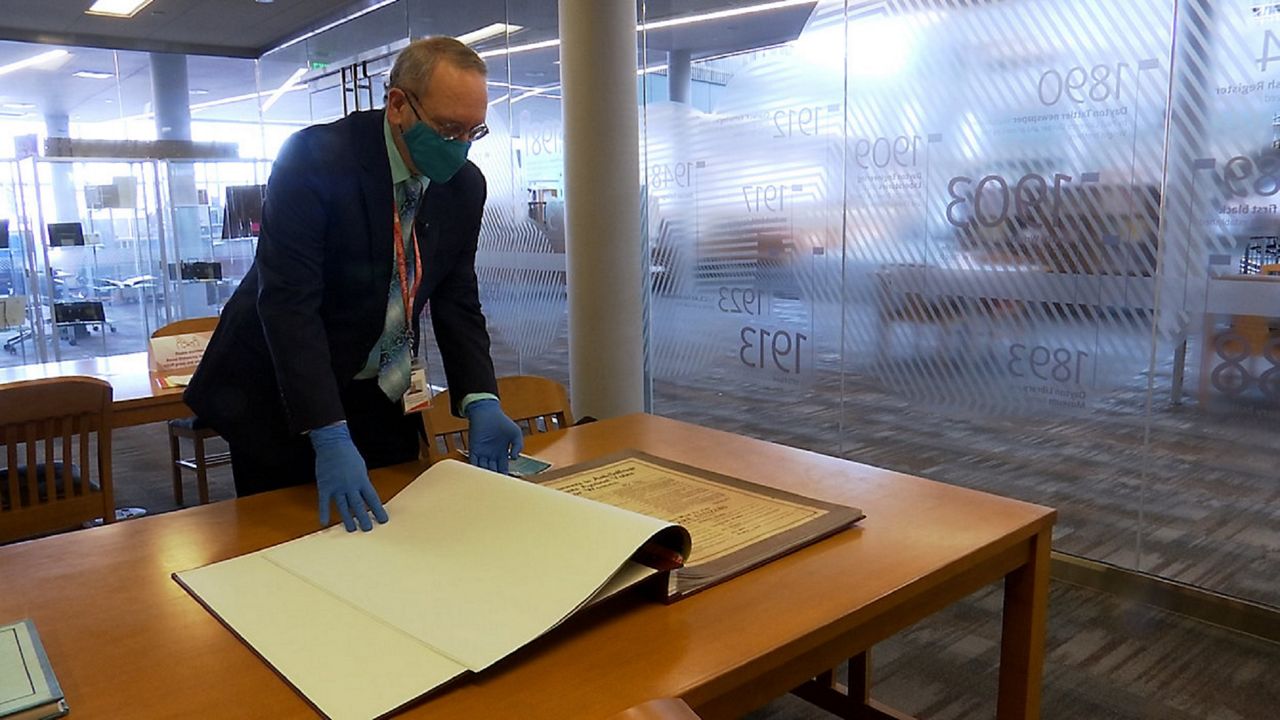 DAYTON, Ohio — Dayton’s downtown library has a few secret treasures. The archive shelves of its special collection started preserving history since the early 1800s, about as long as there’s been a Dayton, Ohio.


One of the largest collections on those shelves comes from a librarian with a front-row seat to that history. More than 100 years later, Dayton may thank Electra C. Doren for ensuring the city’s fight for women’s suffrage lives on, frozen in time, for any Dayton local to see for them self.

Jamie McQuinn is the special collections manager at the Dayton Metro Library. It’s his job to make sure collections, like Doren’s, remain preserved and accessible for centuries to come. 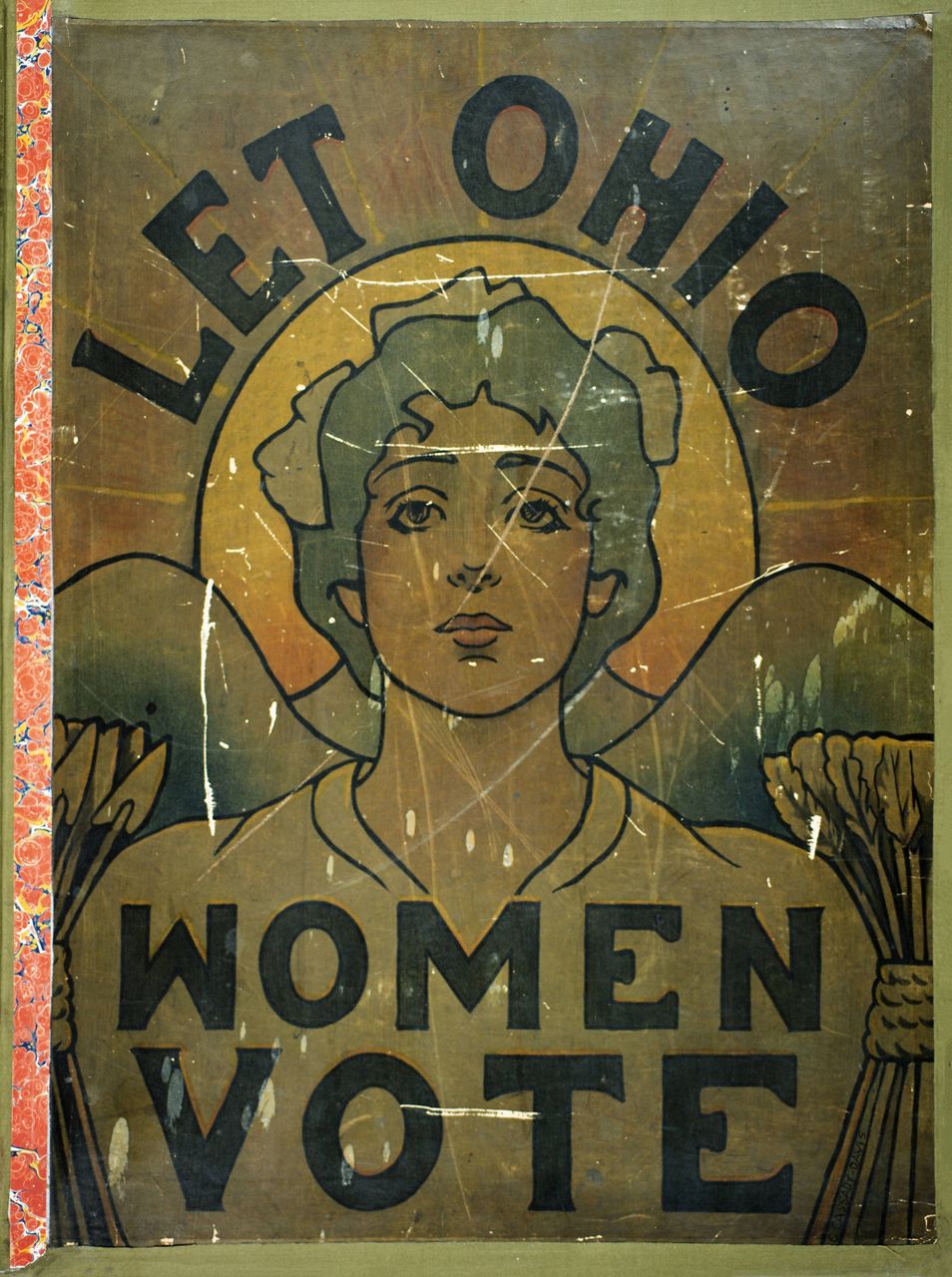 “This room is climate controlled for temperature and humidity so that the material does not disintegrate as quickly as paper wants to,” he said.

McQuinn said the library boasts one of the largest collections on women’s suffrage in the country.

McQuinn is happy to put it on display for anyone who asks.“That’s the original,” he said pulling the Dayton’s Women’s Suffrage Association scrapbook from the shelves.

Dating back to 1912, the scrapbook details Ohio’s realtime fight for suffrage. To keep it preserved, McQuinn said the library commissioned a photographer to archive and reproduce the pages.

“This is a facsimile that we have made so that people can page through it,” he said.

The scrapbook contains newspaper clippings, photos, pamphlets and other primary documents detailing the run up to a 1912 vote on a state amendment granting Ohio women the right to vote.

“Here was the actual 12 answers to anti-suffrage arguments against votes for women,” McQuinn said flipping through the pages. 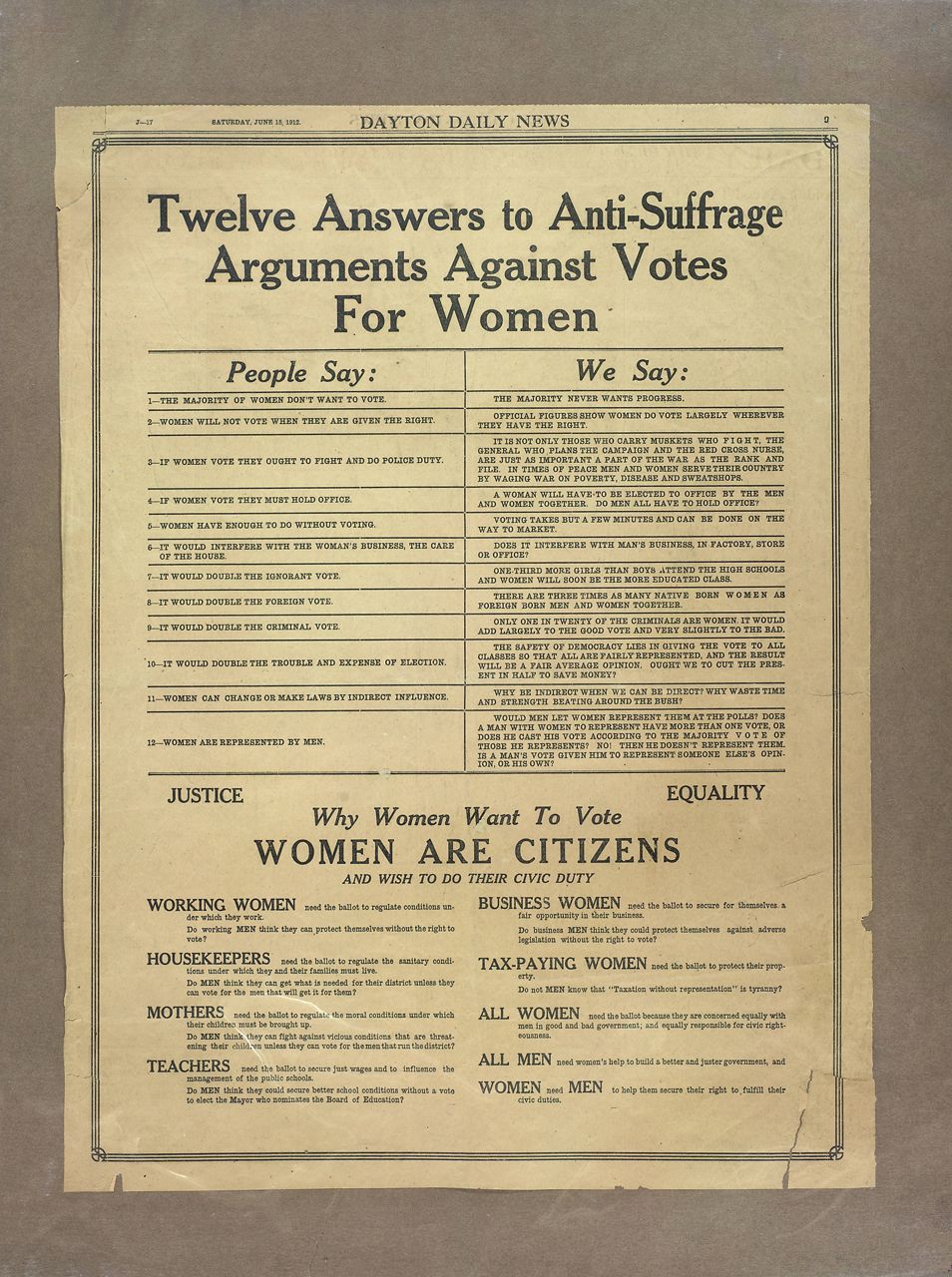 At the time, Doren was the library systems director in Dayton and also an active member of the Women’s Suffrage Association. McQuinn doesn’t know if she made the scrapbook herself, but she was likely involved in collecting all the pieces and ensuring they told a fair accurate story. 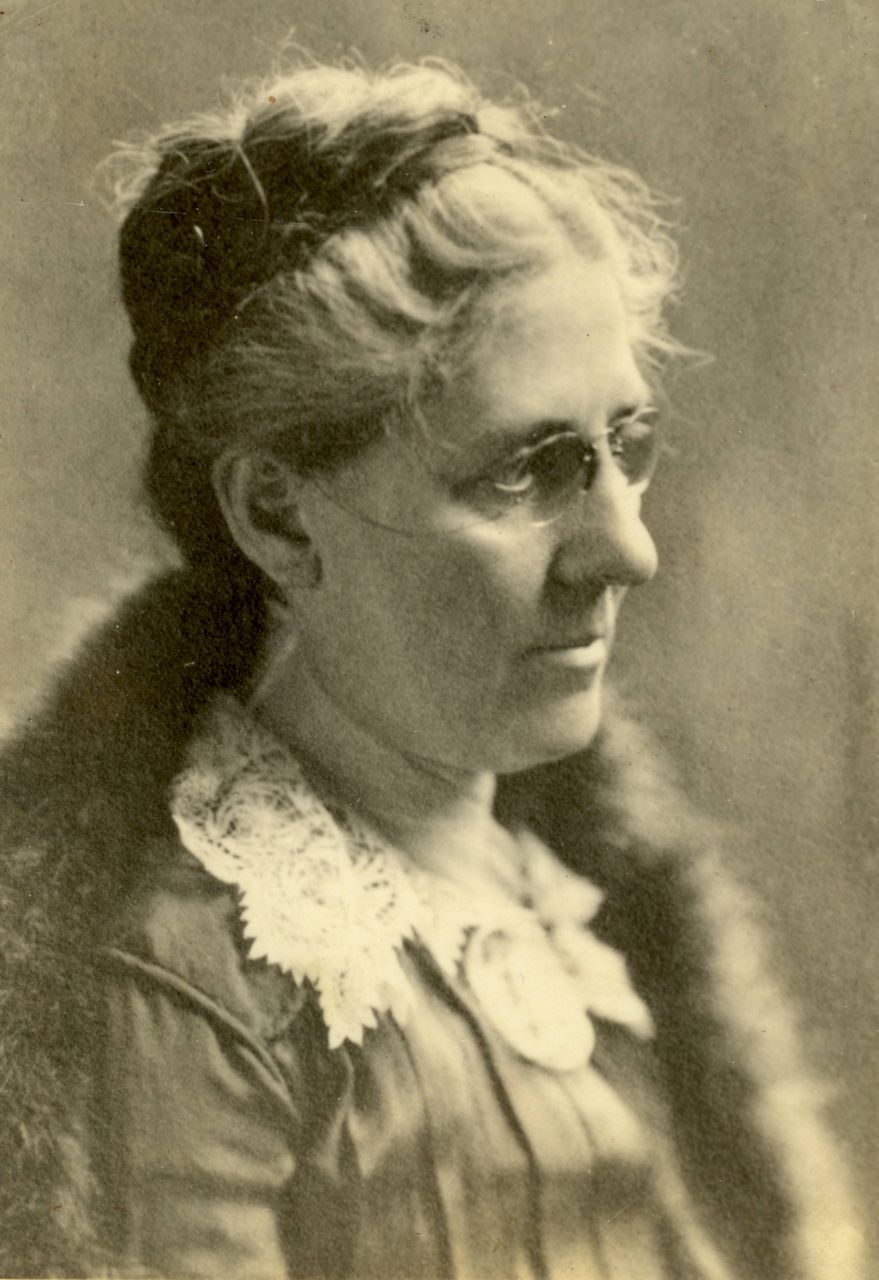 The scrapbook shows the good and the bad, how the amendment ultimately failed in 1912 and how the suffrage association kept fighting.

“That eventually led to the National Amendment to the Constitution what became the 19th Amendment,” McQuinn said.

Ohio was the fifth state to ratify the amendment in 1919, and McQuinn said Dayton helped lead the way.

“Dayton was one of the most progressive communities of its time during the progressive movement of the early 20th century,” he said.

People don’t have to come to the Dayton Metro Library in person to read up on that history. It’s all archived and accessible on the library’s website.

It’s likely far more than Doren could have guessed.

She died in 1927 after decades of service to Dayton and its library system. A year later, the library opened a branch bearing her name.

Perhaps the greater honor though, is that 100 years later, her work still holds a place of honor on the library’s shelf.