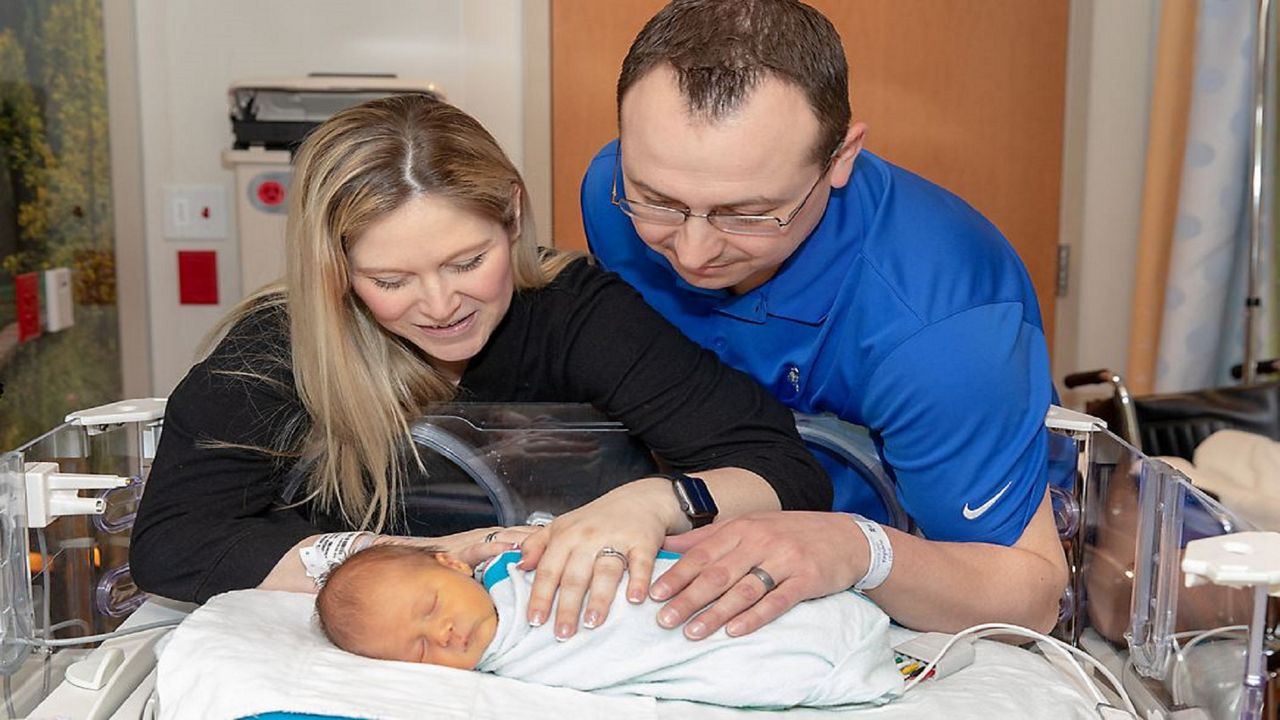 CLEVELAND — After successfully carrying and delivering two baby boys, Heather Catanese assumed her third pregnancy would be a breeze, but at just 24 weeks, an imagining appointment revealed that her baby had what was known as Hypoplastic Left Heart Syndrome


"Most often, they're referred to as having half a heart…to get that diagnosis and you know the drawing of what his heart,” Catanese said. “You know looked like what it should look like, and then to be told that babies born with this condition have about a 10-percent survival rate to the age of six months. It was at first, just numbing.”

Hypoplastic Left Heart Syndrome means the baby’s left chambers of the heart are too small to pump blood to the body. Catanese and her husband had to decide between letting their baby be born with HLHS, or having a fetal intervention surgery to attempt to reverse the developing condition.

"We decided to do it because we were trying to get him to term, we wanted to make sure that I could, you know, carry him for as long as possible, and that, you know, he could be born and we could meet him and we could hold him and then however severe, you know, it still was when he was born — that we would cross that bridge when he came to it. But really, I mean we just wanted a chance to meet our son,” Catanese said.

Not only did they get to meet their son, Lorenzo, was born full-term and discharged with his mother at just five days old. Lorenzo was the first patient of Rainbow’s program to make a complete recovery after the procedure.

"No surgeries. No interventions,” Catanese said. “Now, since then, he still has not had any open heart surgeries. Every milestone that he hits is something that we didn't think would even be possible.”

Lorenzo, now, is a healthy two-year-old and his parents have created the Fetal Heart Foundation. The nonprofit is dedicated to educating on the importance of fetal imaging and raises funds for the congenital heart collaborative at Rainbow Babies and Children’s Hospital.

"Everybody should be able to have, you know, the top-notch prenatal care that is being offered by UH, everybody should have that 20-week anatomy scan it's so important,” Catanese said.

Catanese also uses the platform to educate families about the importance advocacy.

"There are people out there that are giving everything to, you know, helping these babies, whether it's in utero or when they're born,” she said. “And I think that moms just need to know they have that support out there.”