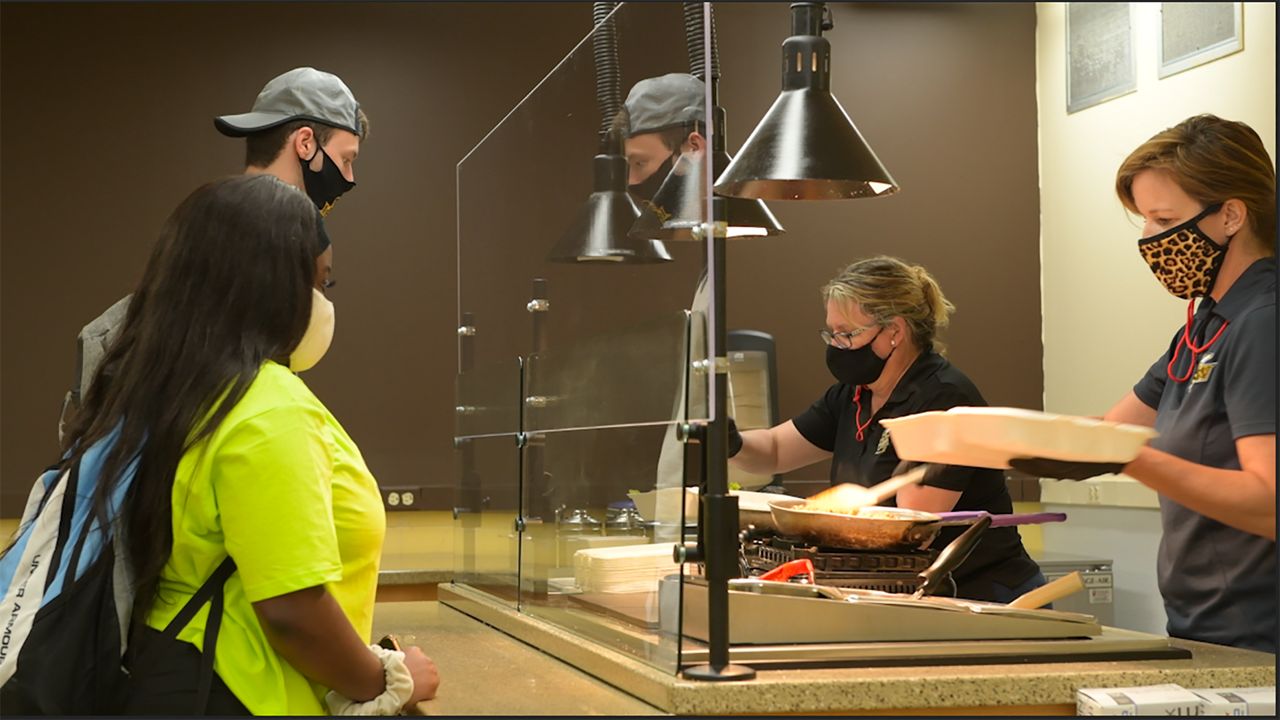 BEREA, Ohio — Elizabeth Gifford is a sustainability and management junior at Baldwin Wallace University with a passion for saving the environment.

"Going forward, we're going to have to get more and more involved in finding ways to stop global warming, deal with our waste issues. This is only a problem that's going to get worse before it gets better. So, I really want to be a part of the future change to make things better," said Gifford.

So when Gifford was presented with a chance to work on a team to help solve the food waste problem on Baldwin Wallace's campus she jumped at the opportunity.

"My aspect of the project, we have been working with dining services mainly trying to determine where the best sources of the food are going to be to give to other people."

A grant from the U.S. Environmental Protection Agency called the "People, Prosperity, and the Planet" grant awarded to Baldwin Wallace is giving Gifford and four other students, along with two professors, a chance to come up with a way to keep food from being wasted on campus.

"The solution that we propose in the grant is to build a platform where food can be at food stops on campus, and then students can come retrieve that food. So, instead of the food going into the trash, we can move it to the food stops and then the students can pick it up," said Brian Krupp, an assistant professor in computer science at Baldwin Wallace University.

That's where Dylan Johnson comes in. He's a computer science senior and one of three students working on building an app called "Campus Plate" that will connect students to recovered food on campus.

"I am very passionate about minimizing food waste, and this seems like a great outlet for that," said Johnson.

Johnson is helping build the app for Android devices with another student while a third coder works on the iOS device. He said they spend anywhere from 10 to 30 hours a week developing the app.

"We have to first develop what it looks like and how we can interact with those components. And also interacting with the backend that Professor Krupp talked about before. There's a lot of things that we have to consider to make sure that it all works and that it designs properly like connecting to the database, making sure that all of that is properly set up and to where we can get data dynamically."

Here's how it works: Students will use their school email address to sign into the app. Then they'll be able to see the food available at the three food stops on campus. The food is items that were not served in the dining room and saved from being trashed. Once they make a selection, the item will be reserved for them for a limited time. They then use a unique code sent to them to pick the food up from the food stop, and it's entirely free to them.

"We wanted to make sure that students didn't have to decide between a meal and paying a bill that might keep them in their house at the time. So just trying to give students a level of security now at this point in their life to try to push them forward into the future so that they can broaden their horizons the better later. A meal shouldn't be what keeps you from success," said Gifford.