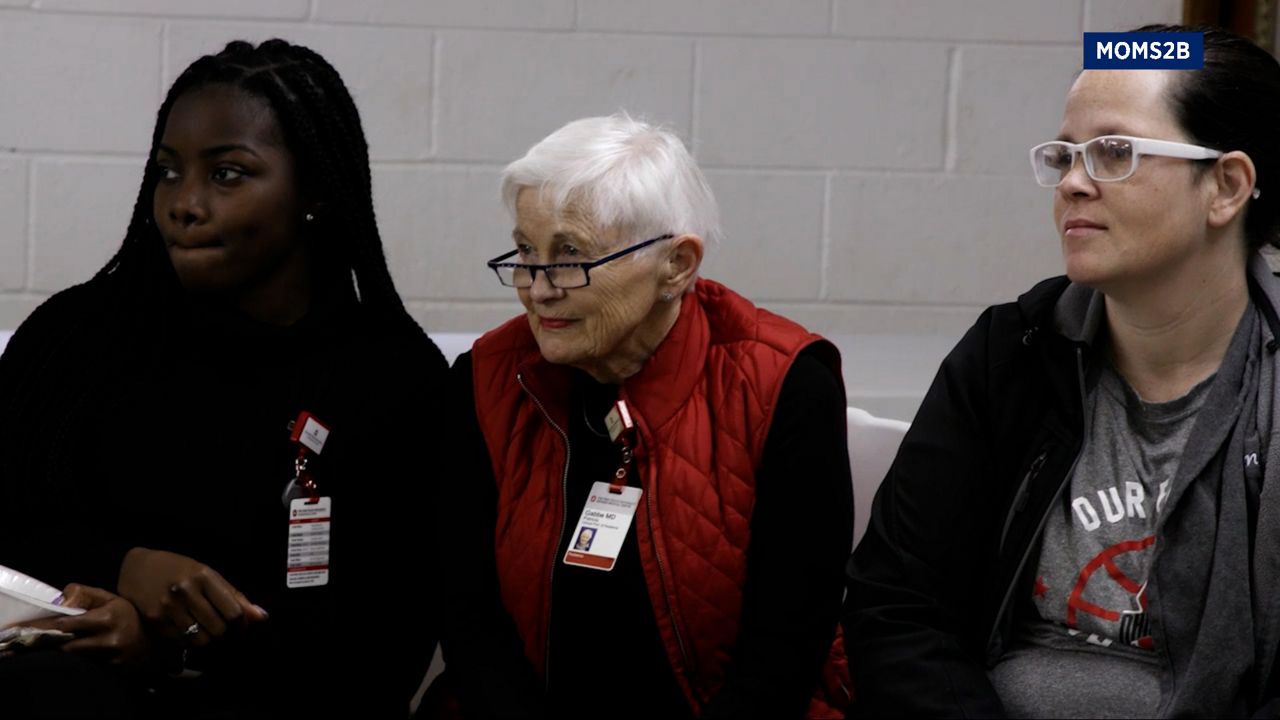 COLUMUS, Ohio — Columbus resident Amber Broadus said being pregnant wasn’t something she had ever been congratulated on.

That’s before she found the group Moms2B.

“I was like, what are you congratulating me for? I have kids. I’m a single mom. I live in poverty. And they were like, ‘No baby. Your baby’s a gift,” said Broadus.

She heard about the Ohio State University Wexner Medical Center program from a neighbor. It had just launched and was being held in the basement of this Columbus church.

“All of those women just embraced me with open arms. I had just lost my mother. I also recently had a case with child services.”

Dr. Pat Gabbe is the founder of Moms2B. She said the program helps educate and support pregnant women — something she discovered was needed in the community.

“When I came to Ohio State, I couldn’t believe that Ohio had a very high Black infant mortality rate. It just struck me as incomprehensible,” said Gabbe.

Looking to make a difference, the pediatrician wanted to get to the heart of the problem.

“Let’s go into the neighborhood where most of these babies are dying. Let’s talk to the moms. Let’s try to understand why Black women are having such disparities in their pregnancies their birth outcomes.”

Now, 10 years later, there is research to prove Gabbe’s program is effective. A study published in the Journal of Maternal and Child Health indicates reduced rates of preterm birth, and low birth weight for women who attended at least two Moms2B sessions. It also found a 55% drop in infant deaths in their first year of life.

“That was just heartwarming, really. And it’s given us a lot of energy to say look we have a model we know it works now let’s spread it.”