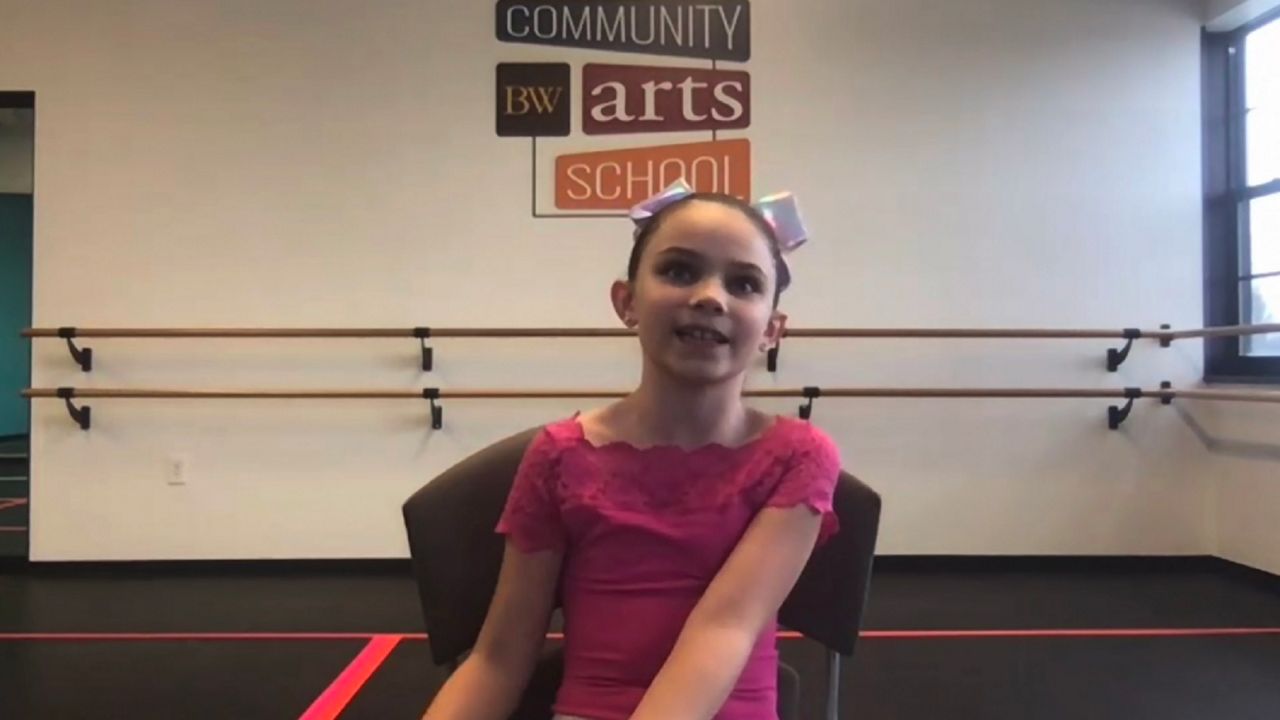 BEREA, Ohio — Lily Szczepanski loves to dance, and is thankful she gets to do it despite the ongoing pandemic.

"Contemporary,” Szczepanski said. “I've been doing that a lot because I really like how it's about like emotions and how to move your body.”

At just eight years old, Szcezpanski is very serious about her craft and the joys it brings to her life.

"That I get to meet new friends, and I just like a bunch of the types of dance and it's just fun,” she said.

So when Szczepanski's dance classes became virtual classes because of the pandemic, she had to learn how to adjust.

"It was kind of hard because, well, in the studios it's like a bigger place and my home it's not that big and I didn't have a lot of room,” she said. “And it just felt weird because when I did something wrong, I didn't have my teacher to help me."

When classes had to be cancelled because of COVID-19, the university had to decide whether to cancel their summer programs or re-invent them to work virtually. The university decided to try something new by shipping boxes with supplies to each students home so they could still participate in their classes.

"We created a program called CAS Unboxed, which shipped art supplies directly to students at their homes and so students could engage in online instruction but at the same time receive packages at their doorsteps to be able to engage in that class or in that program over the course of five weeks,” said Adam Sheldon the director of the Community Arts School. “And, you know, a lot of students were at that time and a lot of parents actually were looking forward to getting packages from Amazon or Chewy or other places so our whole team idea was really building on the excitement of receiving a package, receiving mail.”

Because of their efforts, the community arts school received recognition from the national arts program, Stand for the Arts. The program also received a $10,000 grant from the Ovation Arts Television Network in partnership with Charter Communications.

"We're still kind of strategizing on how best to invest those funds,” Sheldon said. “There is a program that we have right now with the Cleveland Metropolitan School District where we allow students in one school in particular to take private lessons,” Sheldon said. “They're 30-minute private lessons with a BW faculty member either on the conservatory faculty or the arts school faculty. So, right now it's allowing us to continue that program. It's allowing students to take lessons for free.”

Szczepanski is just one of the 400 students who received a box from CAS Unboxed and said she's excited she was able to continue her lessons.

"I was happy that I still got to do dance because I love dance," she said.