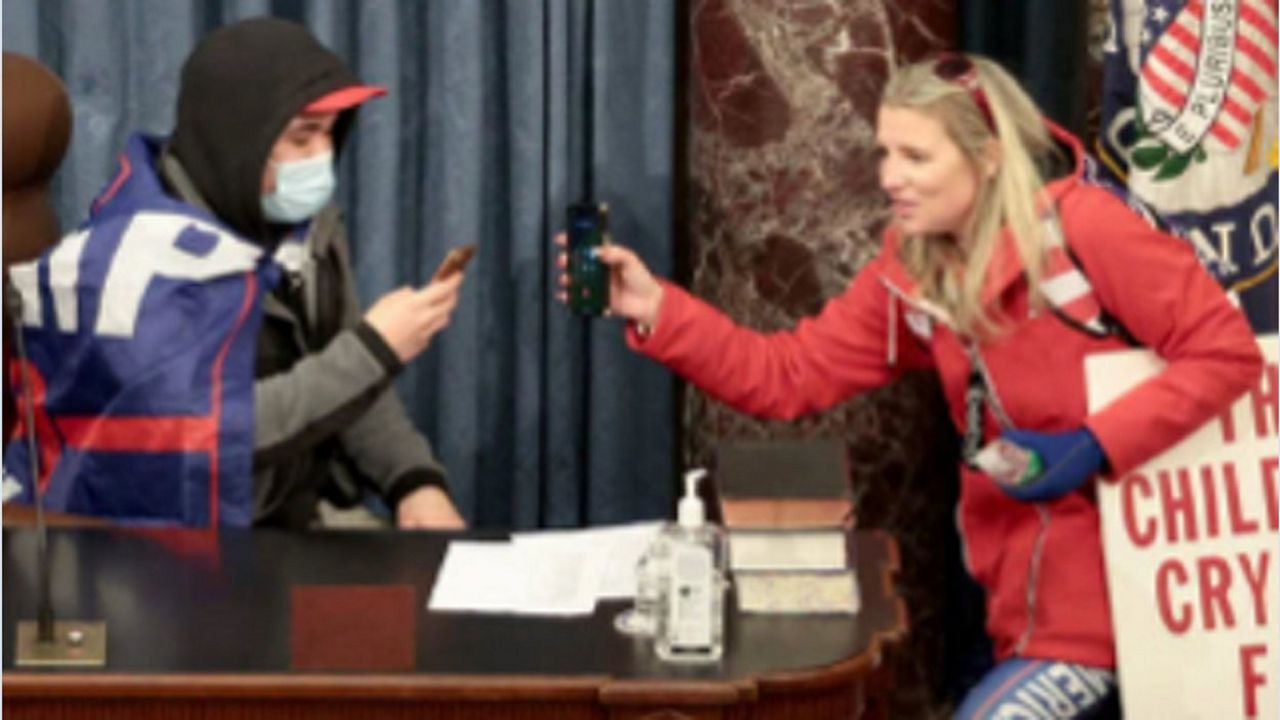 A woman in the U.S. Capitol that is believed to be a Cleveland school district employee who recently resigned.

FBI Visits Home of Cleveland School Employee After She Resigns

CLEVELAND — A Cleveland school district employee was visited by the Federal Bureau of Investigation a day after resigning from her position with the district, as inquiries were made into whether or not the woman was involved in the riot at the U.S. Capitol earlier in the week.


The Cleveland Metropolitan School District released the personnel file of Christine Priola, which included a resignation letter, after receiving multiple inquiries as to whether one of its employees took part in the rioting at the Capitol.

Priola resigned last week, citing personal beliefs that no longer allowed her to continue her employment. The records obtained on Christine Priola say she was an occupational therapist for the school district.

The FBI went to Priola's home Friday night, but no arrests were made.

In her resignation letter, Priola claimed her reasons for leaving were because she will not be taking the coronavirus vaccine, and will be switching paths to expose the global evil of human trafficking and pedophilia, including in the government and children’s services agencies.

She also listed her disagreement with her union dues as a reason, adding that she believes the dues help fund people and groups that support abortion.

The school district issued a statement saying, questions raised about a former CMSD employee’s alleged involvement in the riots at the U.S. Capitol have also raised questions about the district’s position on such behaviors. While CMSD said it deeply believes in the right of any individual to peacefully protest, as many did on the Capitol plaza on Wednesday afternoon, the district deeply condemns the actions of those involved in the riots inside the Capitol and on the Capitol grounds.

The district said the right of peaceful protest, as protected by the First Amendment, is a foundation of the U.S. democracy, but the forcible takeover and willful destruction of the government is not.

The district would not confirm that Priola was the woman in pictures taken at the Capitol.

Efforts to reach Priola have been unsuccessful.

The U.S. attorney for the northern district of Ohio has said he would hold anyone rioting in the Capitol accountable.