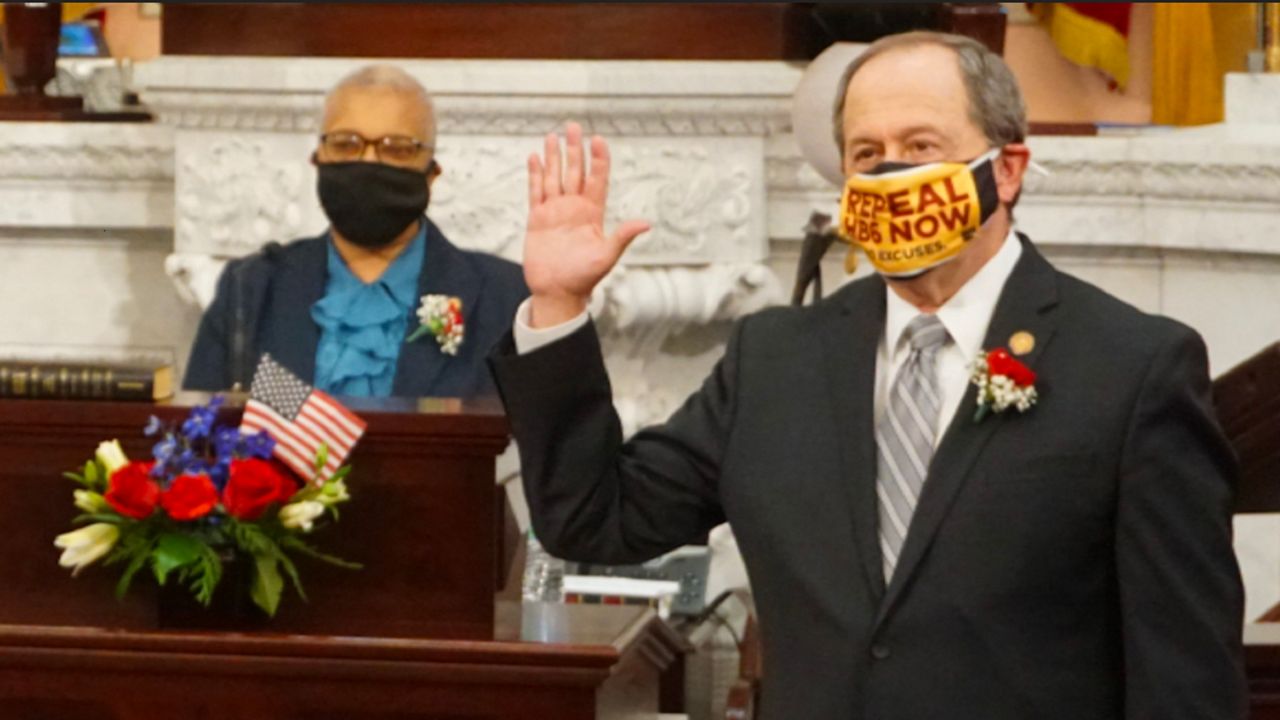 COLUMBUS, Ohio — Since the 133rd General Assembly could not get anything accomplished on replacing or reforming House Bill 6, the taxpayer-funded bailout of two nuclear power plants in Ohio now falls on the new legislature.

The 134th General Assembly was officially sworn in Monday and leaders in the House and Senate said the controversial bill is at the top of their priorities.

"I don't want people to think that we forgotten about the fact that we did absolutely nothing in the last general assembly to repeal House Bill 6," said Rep. David Leland (D-Columbus).

Leland, who was re-elected to serve a fourth term in the House, is one of a number of lawmakers frustrated about House Bill 6.

He did not waste any time making it known to his new colleagues Monday.

"We need to send a message, loud and clear to the people of Ohio, that the state of Ohio is not for sale and the only want we do that is by repealing House Bill 6," Leland emphasized.

Leland already submitted a bill, titled The Competitive Energy Reform Act, which would repeal and refund the parts of House Bill 6 that cost consumer money. It also creates what he calls energy waste reduction programs.

Leland said these voluntary programs will save Ohioans money by giving them a choice about their energy consumption.

"And because we're going to be doing this kind of energy waste reduction program throughout the state of Ohio, it will produce hundreds of thousands of new jobs, green energy jobs, for the Ohio economy," Leland said.

On a conference call Monday, Senate President Matt Huffman (R-Lima) said he and House Speaker Robert Cupp (R-Lima) have spoken about House Bill 6's future and how they want to move forward.

Huffman also broke from his predecessor, Larry Obhof (R-Medina), by saying the Senate will not wait for the House to act.

"We really need to get a better answer as to whether the subsidy is needed for the nuclear energy Energy Harbor plants or not. I think the bill needs to be taken apart and looked at individually and I think that's the Senate's responsibility as much as it is the House," said Huffman.

Then, there's the issue of Larry Householder (R-Glenford). The former speaker was sworn in Monday but still faces federal racketeering charges from what prosecutors said was a $60 million bribery scheme surrounding House Bill 6.

Leland and the House Democrats previously voted to expel Householder but it was blocked by House Republicans.

All Cupp would say Monday is what he has said all along and that nothing has been decided and he believes Householder should resign.