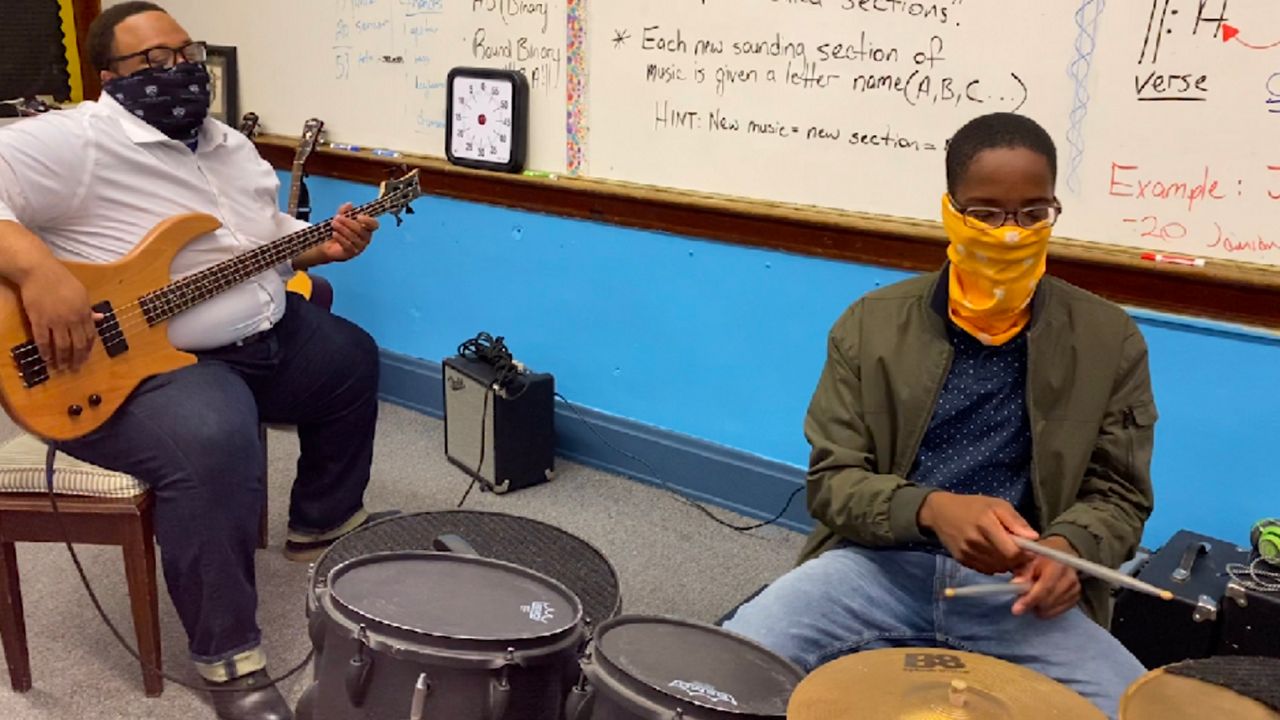 The Music Man Motivates and Inspires His Students

CINCINNATI — At Summit Academy Transitional High School in Cincinnati, there is one class that students are never late to and that’s music.

Many attribute the students’ perfect attendance to a teacher who they’ve affectionately nicknamed “The Music Man.”

When The Music Man isn’t busy teaching, he’s busy making instruments to put in the hands of his students.

In a typical classroom, attitude is not encouraged but then again, Christopher Smith’s classroom is anything but typical.

Smith does more than just teach — he motivates, he mentors, and he supports.

“I’m an African-American man in a really weird world right now and I just want to show students that someone cares for them outside of all the mess that’s going on,” explained Christopher Smith, the music teacher at Summit Academy Transitional High School in Cincinnati. “Hassan has always been like a son away from home.”

Hassan Patin is a sophomore at the school, and a talented one at that.

Patin was recently chosen by Smith to be a part of the prestigious 4Hands program.

“4Hands is just something to get the students motivated to work harder” Smith said. “I didn’t have to ask Hassan to push himself, he pushed himself on his own.”

Patin is one of four students who received a refurbished donated rock band instrument from the 4Hands program.

“Not a lot of kids in the world have this opportunity. I just want to inspire kids and even adults,” said Patin.

Smith started 4Hands to feed students’ musical talents and interests and reward them for their dedication to their art.

“Different teachers have always gone out on a limb for me, like it’s not a problem. Plus, it’s kind of fun,” Smith said.

The fun for Smith is refurbishing instruments to give to deserving students.

“When I’m done with them, either refurbishing them or cleaning them up or whatever, I take them to the students myself, and I drop them off around the city,” Smith said.

“It’s a blessing that there’s somebody out there that’s willing to use their money when they could be using it on other stuff,” Patin explained.

Smith is paying it forward by passing along his passion to the next generation of musicians.

“Whatever you have, you need to just use it. Whatever talents you have, don’t sleep on them and then be one of those people suckering themselves out and saying, ‘I could’ve done that.’ You should’ve done that,” said Smith.

And the Music Man has done that.

“He’s there for me as a teacher,” said Patin. There’s no doubt that Smith is a teacher whose lessons will be carried far beyond the classroom.