Retired nurse Rose Strickland has 42 years of experience under her belt. She says watching the nation's frontline health care workers struggle to keep pace with the exponential spread of coronavirus was nothing she could have prepared for.

“What I was seeing was just sort of tearing at me," she said. "Watching the doctors, the nurses, the activity in the ICUs, the wailing of the ambulances ... it was otherworldly.”

So Strickland did what she knew she could, enrolled in Moderna’s COVID-19 vaccine trial at Weill Cornell Medicine. She also encouraged all three of her children to participate in vaccine trials too.

The 81-year-old said it was personal for her, she sees it as her civic duty: “I know what they're feeling. I know the stress. I have proned patients.” 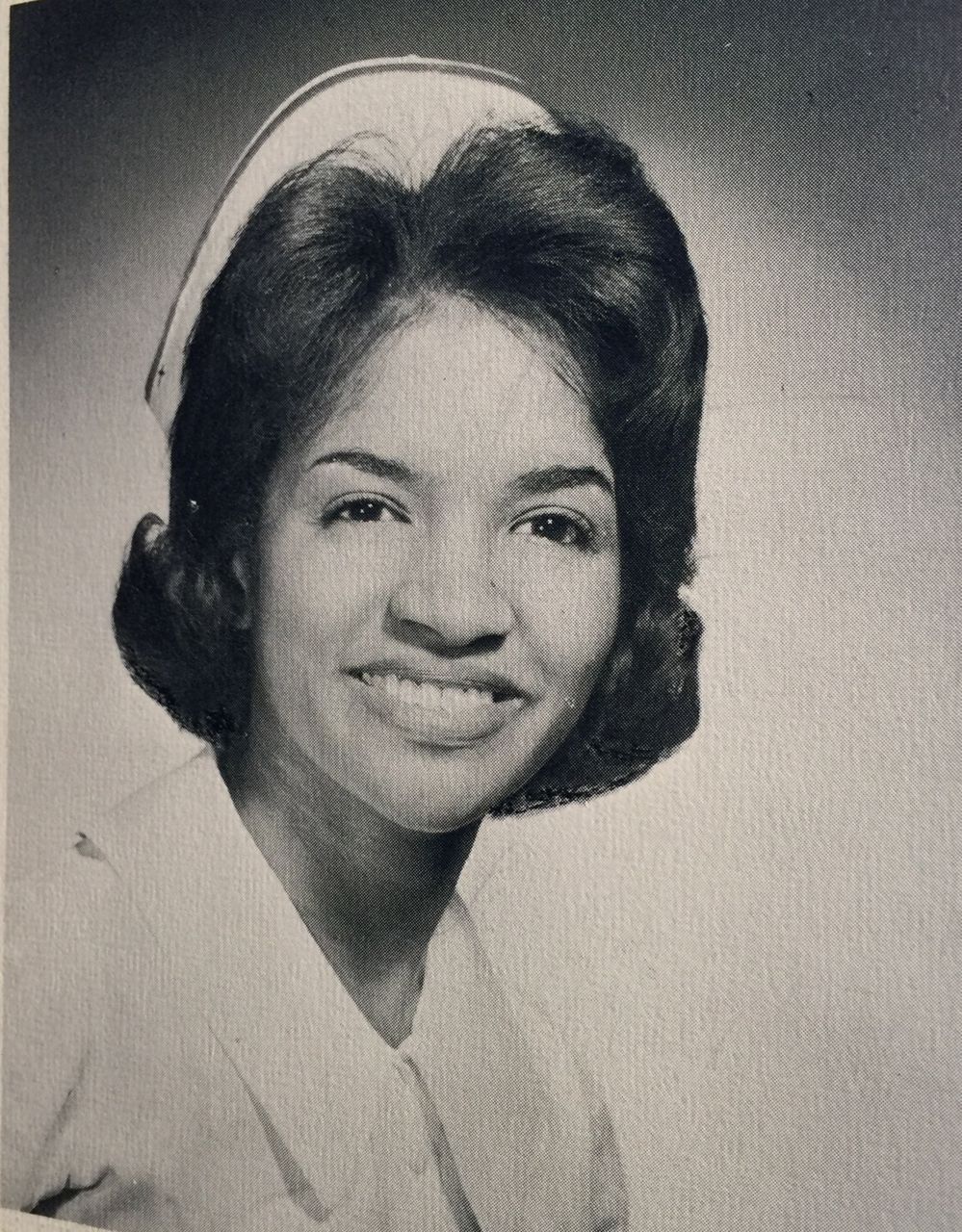 As a woman of color and a senior, two groups disproportionately burdened by the pandemic, Strickland also recognizes the significance of her participation.

“I have to be in it if I want some assurance that when a vaccine is developed it will be as valuable for me and people who look like me, as it will be for anyone else,” said Strickland. “If we don't have our gene pool in there, how are we going to know whether it works for us?”

But so far, Strickland and her children acknowledge they may be the anomaly within their circles.

“When I speak to my friends, people I know, my neighbors, most of whom are well informed, well educated people, they're not biting at the bit. One of my closest friends says I'm going to wait until the second group.”

Strickland says that friend joked she would wait to see if Strickland grew a tail. Her daughter Dori Vuksanovic, agreed with her mother’s assessment. “I'm finding that reluctance as well here on Miami Beach.”

Experts say the mistrust can be seen in the lack of diversity among vaccine trial participants.

So far, efforts to diversify the national COVID-19 trial registry have fallen short of the goal for it to reflect the distribution of disease burden within the population.

According to Dr. Jim Klubin, executive director for the COVID-19 Prevention Network, the NIH registry of trial participants, less than 12% of participants are Black or Latino.

In comparison, the CDC says, of cases where race was recorded, more than 37 percent are Black and Latino.

Strickland points to the country’s past, such as the well known Tuskegee syphilis study, where researchers withheld treatment in order to study the course of the disease in Black men. Just one example of why it’s been so hard to recruit Black and Brown Americans in cutting-edge medical research.

“I was aware that people of color would be less likely to be at the front of the line for this, not only the Tuskegee study, but what about their lack of access to health care? What about the quality of the care they get? Is there any wonder that they might not be the first people willing to, their way of thinking, be used as the guinea pigs?” said Strickland.

The abuse of Black slaves used as subjects of medical experiments, is well documented. The scars run deep, even as effigies of scientists like J. Marion Sims, once celebrated for his medical breakthroughs, are ripped down in recognition of the crimes committed in the name of researrch. 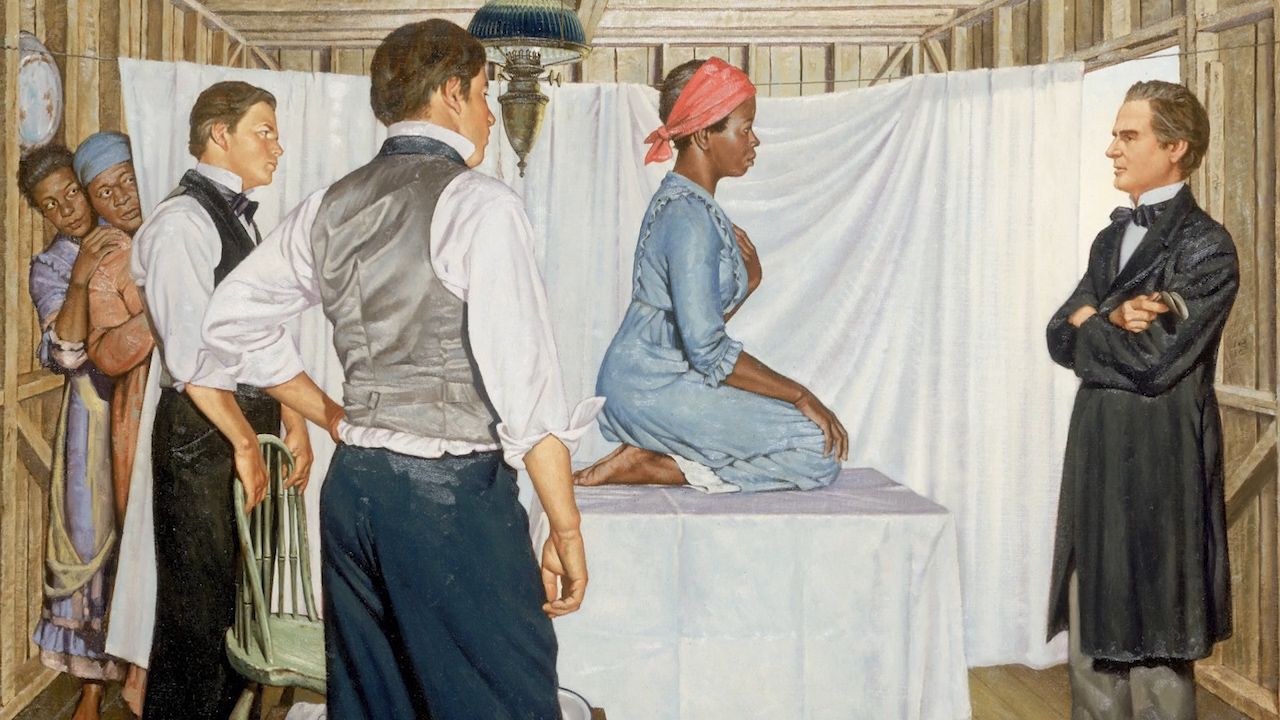 From the collection of Michigan Medicine, University of Michigan, UMHS.30

“It is not just the legacy of the way blacks have been treated by researchers in the past. It is the current day experiences of discrimination in the health care system that reinforce that mistrust,” said Dr. Lynne Richardson, emergency medicine professor and Co-Director of The Institute for Health Equity Research at the Icahn School of Medicine at Mount Sinai. “There's a lot of work that's going to have to be done to really promote vaccine acceptance in Black and Latino communities.”

As public health and political leaders struggle to find ways to convince Black Americans and other affected groups that have been prioritized in distribution plans, that the vaccine is safe, there’s concern that others who shouldn’t gain early access to the vaccine will fill the void.

“There are going to be so many people lining up who figured out every avenue to get it,” said Dr. Kristen Marks, lead investigator of Weill Cornell Medicine’s Moderna COVID-19 vaccine trial site. “One of the things I worry most is that, you know, people who need the vaccine the most aren't going to be the people who get access to it.”

In order to build necessary trust within Black and Brown communities, experts like Richardson are calling for an unprecedented level of transparency.

“I do think that having some independent experts, who are not part of the current administration, have access to the data would go a long way toward reassuring those of us in the scientific community who would like to be able to endorse this vaccine,” said Richardson. 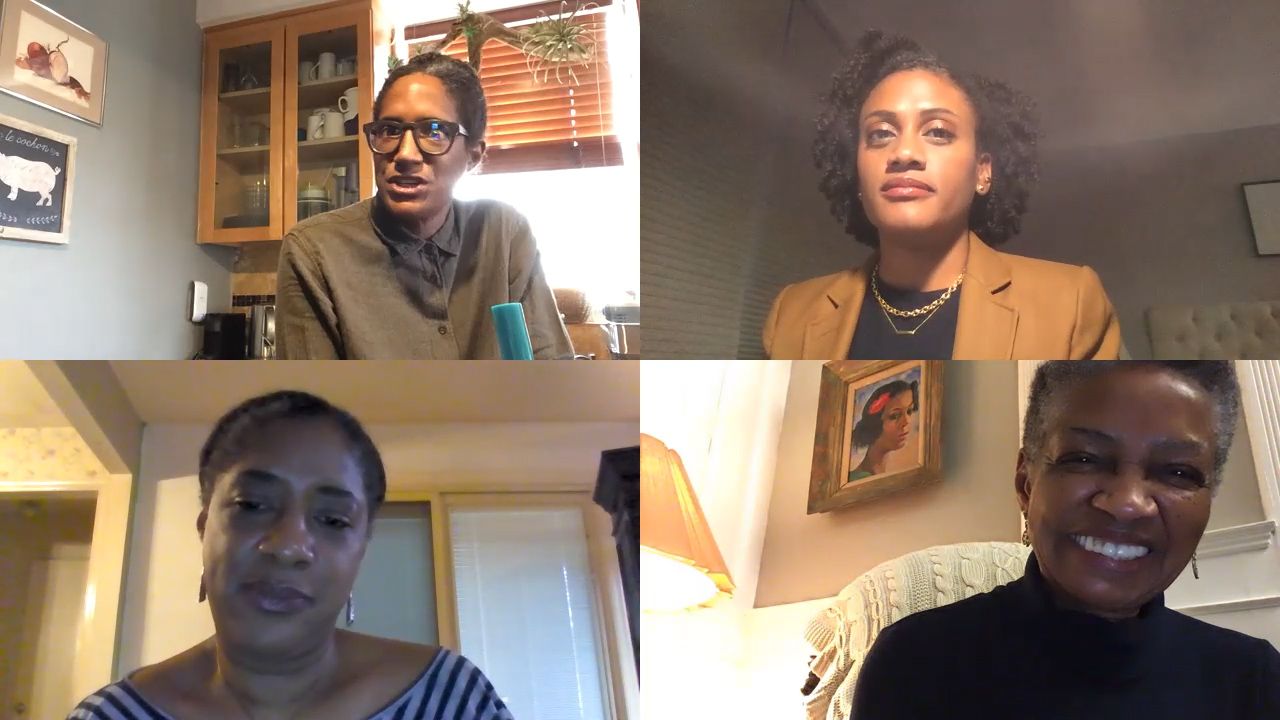 The Strickland family too says candid, clear communication of what people can expect from the vaccine would also help. Strickland’s youngest daughter Deborah says people should know exactly what kind of reactions they might have to the vaccine, particularly after the second dose.

“I believe they're not being honest about how bad it is. And not to say that everyone's going to fall into the pocket that I did, where I had just a horrible reaction to it,” said Deborah Strickland, “I've had the flu, and this was a little worse than that.”

As for Rose Strickland, she will continue to do what she sees as her part, remaining in the Moderna study for the full two years. “I think it's an honor to be a participant in a study for a vaccine to control a disease that is just devastating.”

Her hope is that ultimately lessons are learned; that building trust in the health care system and in vaccines requires institutionalized change long before a crisis strikes. “You have [to have] people who look like us at the CDC, out front. Scientists, health care executives, at the national, local, state level, you can't wait until we are in the midst of a pandemic.”