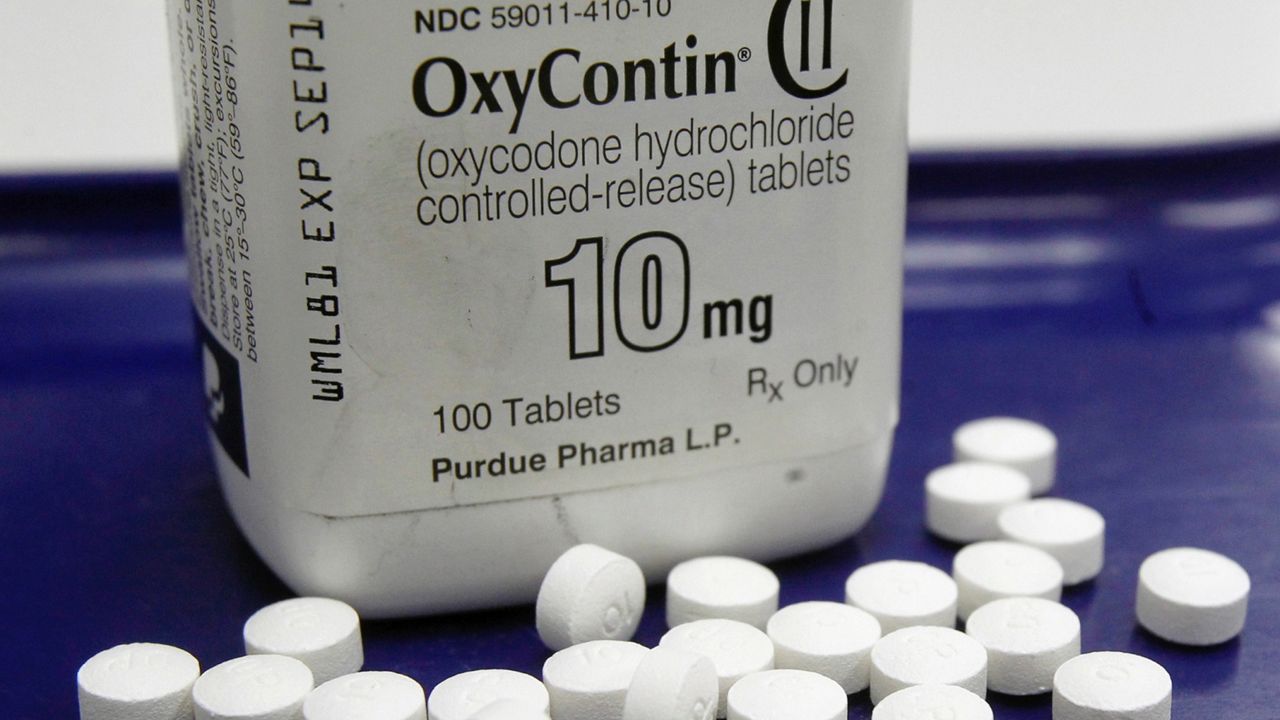 How COVID-19 is Fueling the Opioid Crisis in Ohio

WASHINGTON, D.C. — While Congress has been consumed with negotiating the latest COVID-19 relief package, a hearing Thursday connected the dots between the pandemic and the unintended impact it’s having on the opioid epidemic.

For the first time, lawmakers heard testimony from members of the Sackler family, who ran Purdue Pharma for decades and were behind the mass production of opioids like OxyContin.

“They placed their insatiable thirst for personal wealth over the lives of millions of American families they destroyed,” Rep. Carolyn Maloney (D-New York) said at the hearing.

“We don’t agree on a lot on this committee in a bipartisan way, but I think our opinion of Purdue Pharma and the actions of your family, I think we all agree, are sickening,” Rep. James Comer (R-Kentucky) added.

Purdue Pharma has filed for bankruptcy and pleaded guilty to several crimes, but the Sacklers have never admitted wrongdoing — and have continued to pocket billions.

They used Thursday’s hearing before the House Oversight Committee to defend themselves and somewhat recognize their role in the crisis.

“What you’ve heard from the press about the Sacklers is almost certainly wrong and highly distorted,” David Sackler, a former member of the board of directors, said. “We also fully acknowledge that there is an opioid crisis that has ruined too many lives, and that Oxycontin addiction and abuse played a role in that.”

The federal, state and local response slowly started making progress in recent years, but then the coronavirus hit.

According to a report released in June by the Overdose Detection Mapping Application Program, there was an 18-percent increase in suspected overdoses once the pandemic and lockdowns hit.

“We had a 22-percent reduction in overdose deaths in Ohio just a couple of years ago. Now we’re back,” Sen. Rob Portman (R-Ohio) said at a press conference this week. "It’s the isolation, it’s the despair, it’s the joblessness. But other factors too, not being able to go in and get your health care, to meet with your recovery coach. And we all know about the suicide rates.”

Portman just introduced bipartisan legislation to increase federal funding for the Comprehensive Addiction and Recovery Act, or “CARA,” which helped funnel more than $650 million to education, treatment and recovery programs this year.

The Drug Enforcement Administration recently proposed a new rule based off legislation Stivers backed that would give people the option to partially fill their opioid prescription, so they can avoid bringing too many pills home.

“We heard testimony from people that started their addiction from their relatives’ and loved ones’ medicine cabinets. We heard from a lady who went to open houses every Saturday for two years to feed her addiction,” Stivers said in a recent Skype interview.

“Stress is the number one factor, I think, that’s been driving a lot of this,” Lander said in a Zoom interview Thursday. “Financial, child care, fear of COVID — of going out. I think a lot of people have not sought treatment because they are afraid of catching COVID.”

Lander said people are using more opioids as relief from a pandemic that is leaving them bored, scared and disappointed.

While he said coronavirus has “definitely” triggered a resurgence of the crisis in Ohio, he did say increased use of tele-therapy has been really effective.

On Thursday, Gov. Mike DeWine and Portman announced that $77 million in federal grants will be given out across Ohio to fight the opioid crisis.