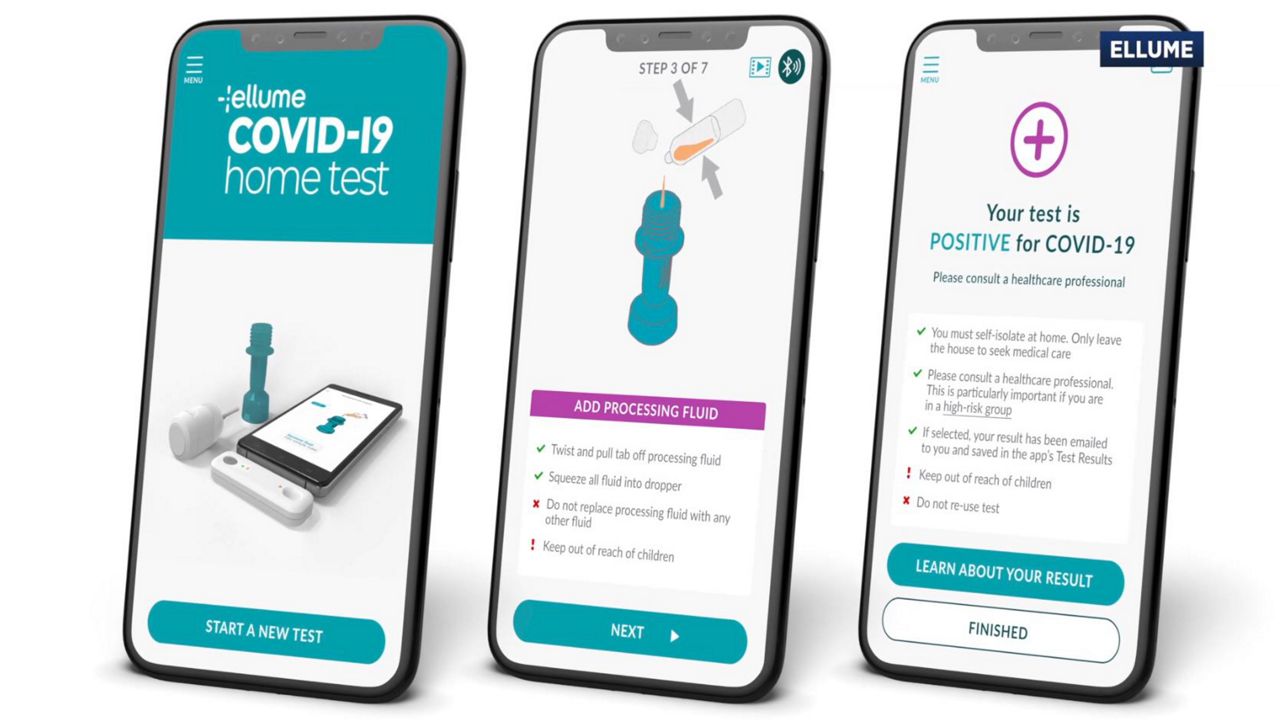 While Dr. Michael Mina praises the Ellume test that was recently approved by the FDA, it is not the public health screening device that he has consistently been pushing since the start of the pandemic.

WASHINGTON —  With the COVID-19 vaccine still months away from being widely available to the general public, there’s new focus on implementing an at-home rapid testing program to slow the spread of the virus.

“We still have 3,000 people dying every day today and people are high-fiving the vaccine,” said Dr. Michael Mina, an assistant professor of Epidemiology at the Harvard T.H. Chan School of Public Health.

“We can’t lose track of the fact that we have a tool that we are failing to use,” Mina said in a Zoom interview with Spectrum News.

Since the beginning of the pandemic, Mina has been pushing for widespread use of cheap, at-home testing to help stop outbreaks before they start.

“These rapid paper strip tests are very cheap," he said, holding up a test. "It’s a little bigger than a toothpick."

“It essentially serves like a pregnancy test," he added. "You use the swab on yourself, you put that swab into a solution, and you put two drops of that onto this paper here. It gives you a result in five minutes,” he added.

These specific tests have not yet been approved by the Food and Drug Administration.

“The tests for daily, at-home tests are just not available, they need to be developed,” said Adm. Brett Giroir, Department of Health and Human Services Assistant Secretary for Health.

“We are not at that vision, but we are going to make significant strides,” said Giroir, who oversees coronavirus testing for the federal government.

The Food and Drug Administration approved the first over-the-counter, fully at-home test for COVID-19 on Tuesday. The tests, manufactured by Ellume, will cost $30 each and allow individuals to swab themselves and receive the results on their smartphone within minutes.

Giroir said the FDA’s approval of the test is a step forward.

“We are going to start having home testing available, that is widespread not hundreds of millions, but tens of millions with tests that are really very accurate,” he said in a Zoom interview with Spectrum News.

Giroir said he is in regular contact with Mina and understands his vision firsthand.

“I think Professor Mina and I evaluate the tests a little differently because I have data that he doesn’t, being as a government person,” he said.

While Mina praises the Ellume test that was recently approved by the FDA, it is not the public health screening device that he has consistently been pushing since the start of the pandemic.

“An over-the-counter rapid test is a tremendous advance," he said. "It means that some people will have ready access to a much needed test to help know their status, without having to go through a physician."

While the new test hits the mark on turnaround time, Mina pointed to problems with other important standards like availability and affordability.

“These will quickly be bought up by the rich and powerful," he said. "By keeping these tests purely in the free market is a disaster waiting to happen, and reflect an overall lack of public health agency to have a coordinated response. I do not want to see the wealthy have access but the poor have none."

Mina said he has discussed his vision with both the current and incoming administration. He’d like the FDA to approve a cheap, less sophisticated test that could be used widely as part of a national strategy as the vaccines roll out.

“In the new administration coming on board, I think that we will see potential new movement in this direction, but my concern is that it will run into the same political barriers,” Mina said.

Significant funding from the federal government and regulatory approval from the FDA would be needed to make Dr. Mina’s vision into a reality.