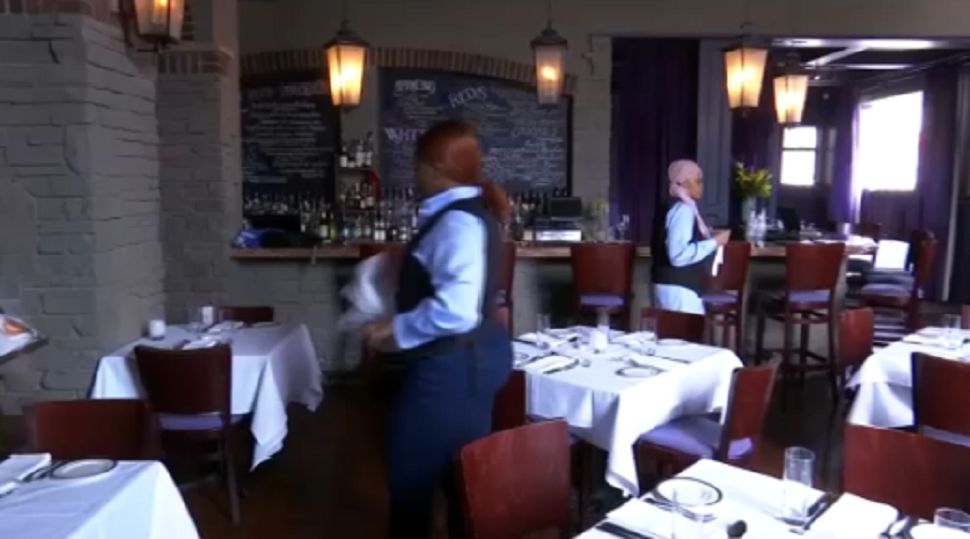 CLEVELAND — Oftentimes, people who have spent time in prison have a hard time finding work once they get out. Prison Policy Initiative, anonprofit, nonpartisan think tank, found the unemployment rate for formerly incarcerated people is over 27%. A well-known Cleveland restaurateur is creating a new opportunity for returning citizens.

"I have made mistakes in my life where it has cost me a lot. So, like being able to have this opportunity no matter when you made the mistake, sometimes society's still going to frown on you no matter how far back it was or just you have a certain charge on your record can stop you from getting a job," said Marlon Hackett, the Sous Chef at Edwins Too.

Edwins Too is a newly-opened restaurant in Cleveland's historic Shaker Square. Hackett graduated from the educational program Edwins Restaurant and Leadership Institute, which helps previously incarcerated citizens learn the ins and outs of the restaurant industry setting them up to change their future.

"What Edwins stands for, it gives people a second chance. Some people may have made some costly mistakes in their lives that may have cost them a position or a career, so with Edwins, ... it's that gratitude that you get for having a chance to earn a living. A decent living, too," said Hackett.

Edwins Too is the latest fine-dining venture for restaurateur Brandon Chrostowski, founder of the high end French restaurant Edwins, which is also a bakery and butcher shop.

"Right now, company wide, if you look at all of the restaurants like from the baker, the butcher, to Edwins, to here, we're 60% graduate-operated. So from our chefs to pastry chefs to sous chefs and general managers, these are graduates of our program," said Chrostowski the owner and founder of Edwins Too.

Hackett has worked as a chef at another local restaurant and as a kitchen supervisor at a chain. But with COVID-19 causing many people to lose their jobs, Hackett found himself in need of one too. That's when Chrostowski approached him about Edwins Too.

"Brandon knew I needed some more work, and he gave me a job here and I come do it. Can't stop."

Hackett said he's grateful for all the lessons he's learned from Edwins and for the opportunities to continue advancing his career. And life has come full circle for him.

Now at Edwins Too, he is teaching and training students enrolled in the culinary and hospitality program where he was just a student himself.

"It's pretty cool to be able to see somebody where I was and then I'm teaching them. Somebody was teaching me. So, I don't know. I haven't really soaked that in yet. But it's nice. It's nice."