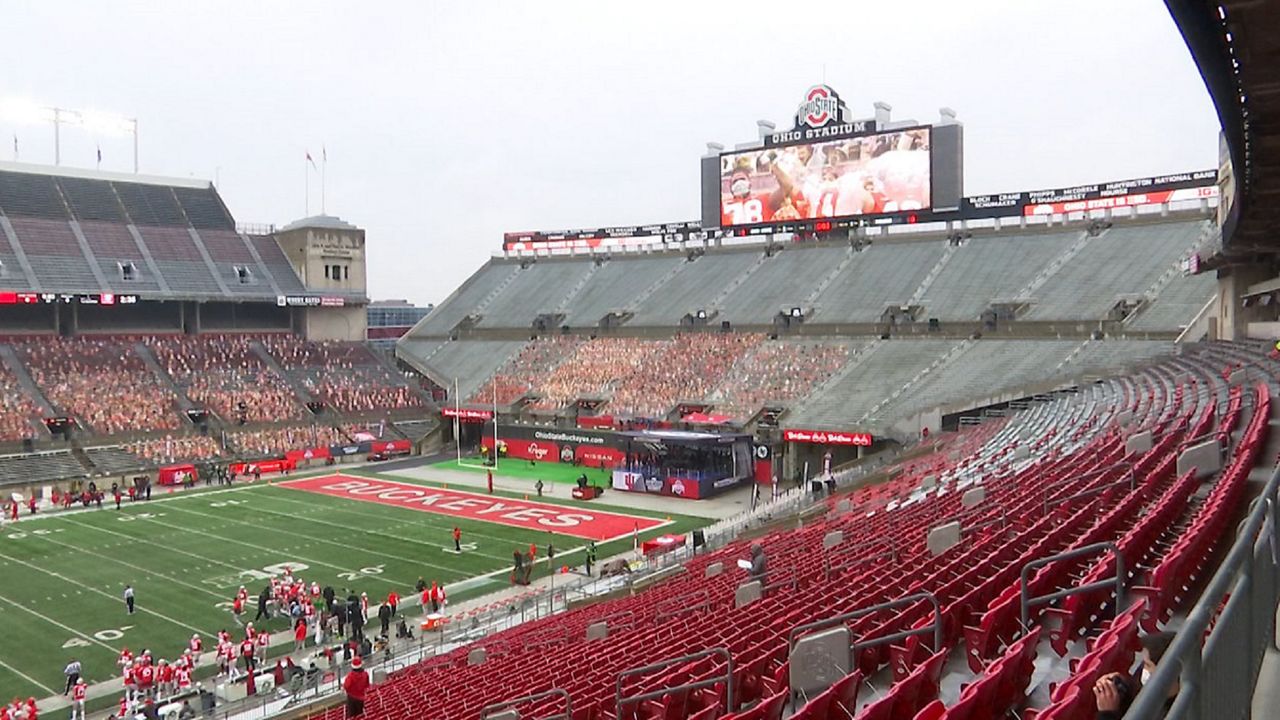 COLUMBUS, Ohio — The No. 3 Ohio State Buckeyes beat the No. 9 Indiana Hoosiers 42-35 in a nail-biting win that down to the last possession.

In a year full of changes, the Buckeyes' parents had to adapt this week after they found out they couldn’t attend the game this weekend, and no fans meant the video services crew needed to step up their game to create a home environment for the team.

It was a weird Saturday in Ohio Stadium. A top-ten matchup with zero fans in the stands, not even families of the players.

“Inside the stadium, we were so separated apart I felt very safe because there was hardly anyone there," Amanda Babb, Kamryn Babb's stepmother, said.

Those families were asked to watch the game from home this week, a sacrifice Babb said was worth it.

“We were extremely disappointed," she said. "Most, all of the parents have kind of made this pact that we aren’t going to see any of our kids except from the stands. And so that’s really the only time we get to see them is at the end of the football game they turn around and give us a big wave.”

But now, with no one cheering on the Buckeyes in person, that means even more work for the video services team which is now in charge of pumping crowd noise and playing videos on the scoreboard to get the team amped up.

“These are things we don’t worry about, or think about," Russ Hoeflich, director of video services for OSU Athletics said. "Fan noise, band, a lot of these things are just things that naturally occur in a game. And so at the beginning of this year knowing that we’re not going to have the band, we’re not going to cheerleaders. We’re not going to have a lot of fans in the stands, we had to come up with ways as a department to recreate that.”

Hoeflich has been with the video services team for almost 20 years. He said typically they employ 75 students to help with creating content and running production, but this year is anything but typical.

“Our budget has not allowed for students," he said. "So what typically has been us teaching students how to operate things, we are now operating things all by ourselves.”

So now, the small team is working extra hard to make sure everything is planned out to a T.

Timing up the chants, and cuing up the band, and learning as they go to make it the best possible experience for the team.

“It’s been a learning curve," Hoeflich said. "And the first game, there were holes. We learned a lot in the first game of the season. Like, ah, that’s normally when the crowd would just react.”