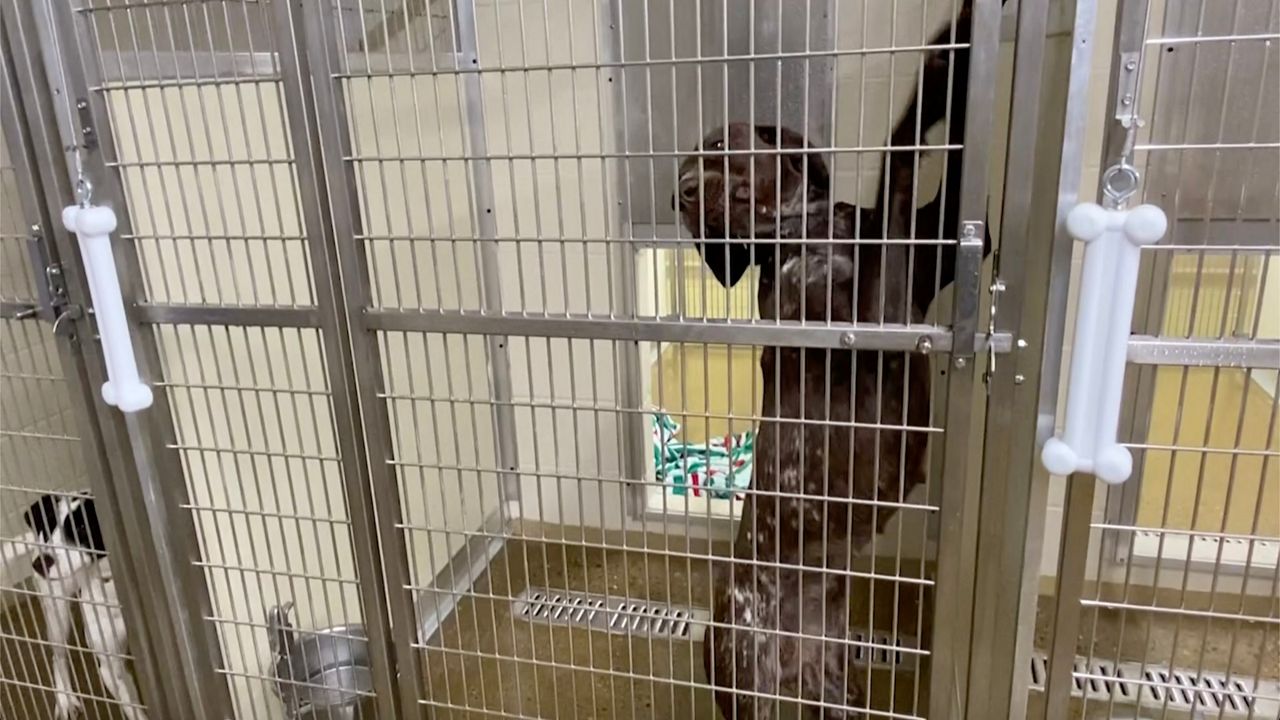 CINCINNATI, Ohio — The SPCA of Cincinnati got an upgrade just in time for 23 dogs to make the place their temporary home.

A Humane Society International Mission infiltrated an illegal dog-meat operation in South Korea, taking 170 dogs back to the United States. The farm has since been shut down.

Cincinnati is one of several shelters across the east coast to take in the animals in need.

Nyketa Gaffney, Cincinnati’s SPCA spokeswoman, said the shelter was asked to step in at a day’s notice, but they were ready.

“It was the perfect timing to receive and help in that rescue mission with Humane Society International and HSUS,” she said.

The organization just completed an expansion project that doubled the number of kennels in their building and included new play space to help trainers get the animals ready for adoption.

“Not only are they having fun, but they are learning and being socialized,” Gaffney said.

For their first few weeks though, the dogs will remain in quarantine, allowing them to rest and to ensure they don’t spread anything to the animals already in the shelter — one of many reasons it was important the shelter had a new, separate space to accommodate 23 new dogs.

Just days after their reception though, Gaffney said the dogs were recovering quickly and showing personality.

“I’m so excited for them,” she said. “These tails that are wagging.”

Gaffney said the shelter will take everything at the dog’s pace though. Bred in captivity, she said many don’t know how to be dogs.

“Some of them have never walked on floors before,” she said.

She hopes the first few will be ready for adoption by early December.

Gaffney said the shelter hopes these dogs are just the first of many rescue missions in which the SPCA will be able to assist.

“It’s something that we’re proud to be a part of for sure,” she said.

This was the Cincinnati SPCA’s first international rescue, but Gaffney said they’re looking forward to many more missions, whether from thousands of miles away or here in Ohio.