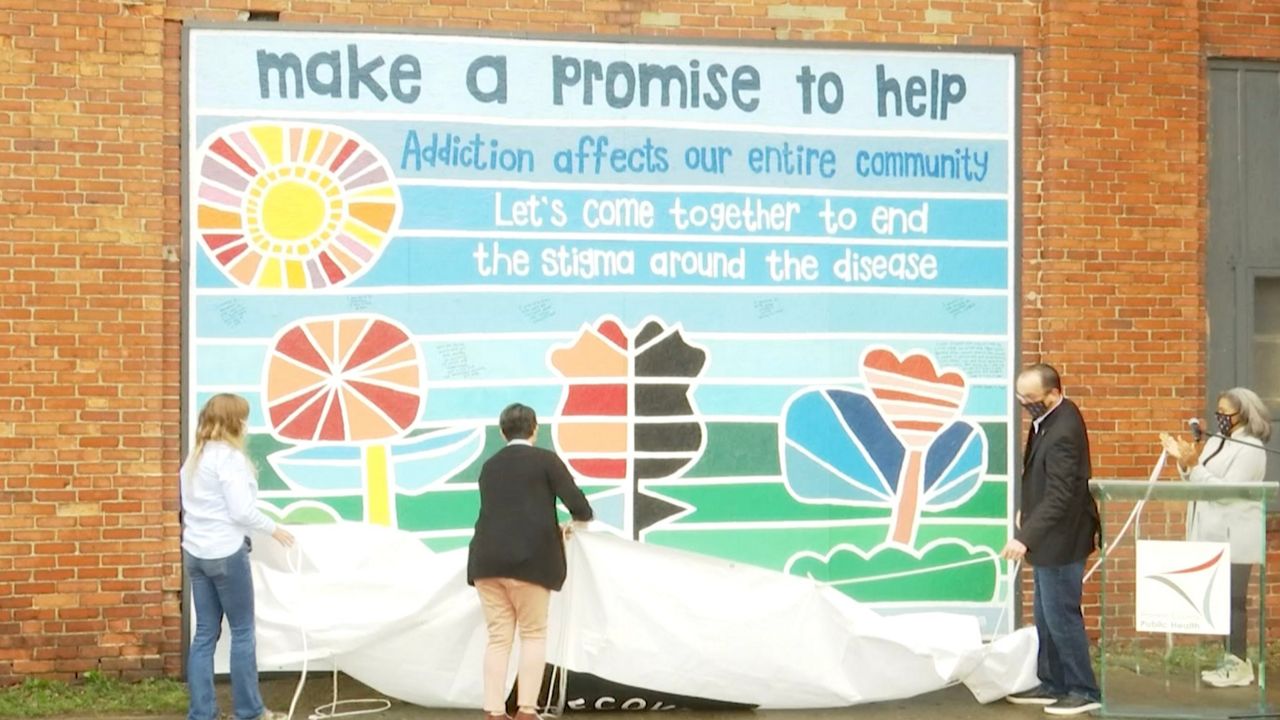 Recover For Life Campaign Aims to Break Stigma of Addiction

COLUMBUS, Ohio — For artist and Columbus resident Aimee Wissman, this day is yet another milestone in her road to recovery from drugs and prison.

“I was incarcerated for five years at Dayton Correctional Institution for a robbery charge, which was a drug-related crime, right. So, that's one thing I always try and point out is that violent crimes are often drug-related crimes and that's a perception shift that people kind of need to understand,” said Wissman.

Wissman led an art therapy project while in prison, and when she was released, founded the Returning Artist Guild, a network of formally incarcerated artists. It's a way for Wissman and her group members to break certain stigmas with those struggling with addiction.

“There's not a lot of ways for people to express things and heal, and art had that power. A lot of the time, people don't necessarily have the most human perception of folks that have problems, whether it's addiction or homelessness or incarceration or whatever. And so, when you're able to express as a human, this is my story, this is how I've healed, this is where I've came from, people are then able to see you and relate to you,” said Wissman.

Wissman was recently a featured speaker for Franklin County Public Health's Recover for Life Campaign and reveal of their Recovery Wall Mural in Franklinton.

It's been a challenging year for Franklin County, as the number of overdose deaths has risen more than 73 percent, compared to the first six months of last year.

The campaign is funded by a CDC Overdose Data to Action grant and brings $3 million a year to the community to fight the opioid crisis.

“We want to make sure that we empower our residents to be apart of that support system for our community. So, Recover for Life is about finding those treatment options, but also reaffirming that recovery is a journey, and that it's a process,” said Franklin County Public Health Commissioner Joe Mazzola.

For Wissman, she continues to inspire others with her courage and determination. It came natural to draw her organization's mascot on the mural with the message, even when its ugly, we do recover.

“Your life isn't a cookie cutter, and neither is your recovery. Always having at least one person in your life that knows 100 percent of your truth. Just having a place for 100 percent truth I think is what keeps you in recovery,” said Wissman.

The recovery wall mural is located at 435 West Town Street in Franklinton.

For more information on addiction and resources to get help, go to to the Recover for Life website.