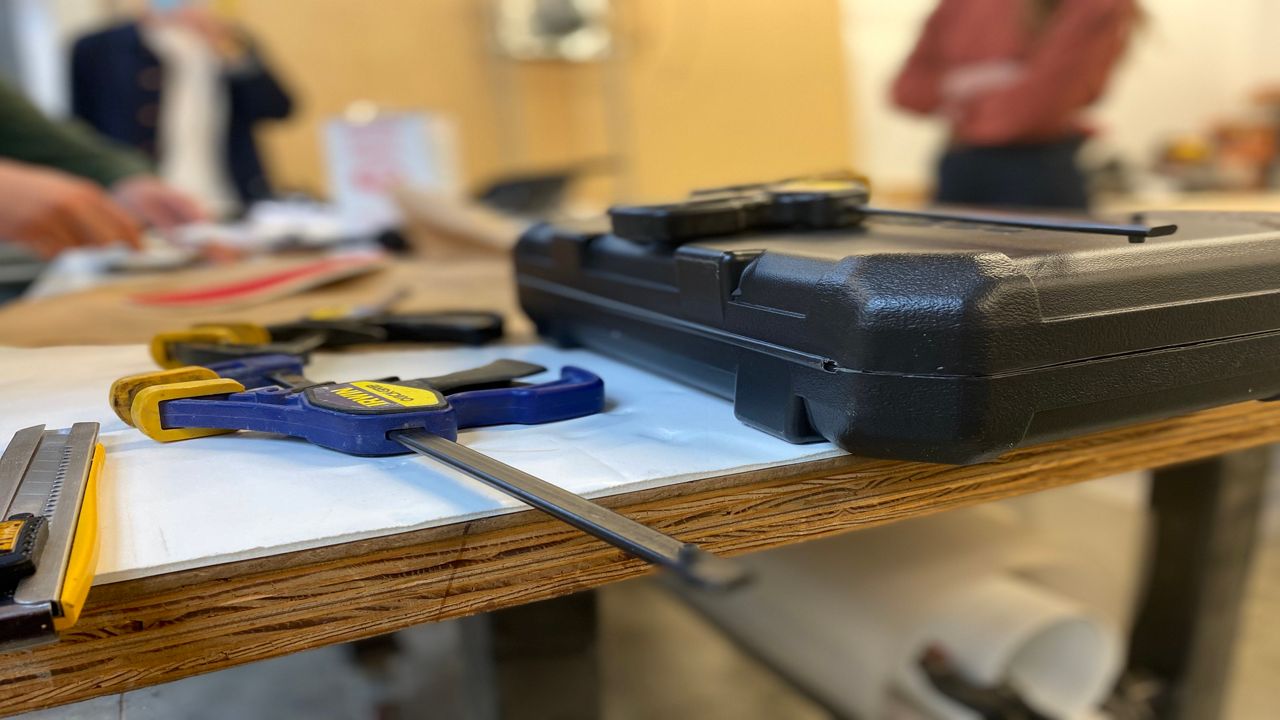 COLUMBUS, Ohio — Aaron Westbrook said the story behind his nonprofit starts when he was born without a hand.

“In high school, I received my first prosthetic from an actual clinic and realized the barriers people face in getting prosthetics as well as how outdated the technology really was,” said Westbrook.

That’s why he founded Form5 Prosthetics and it’s why his group hosted a workshop in Columbus: To help those facing challenges like he did.

“It’s an event that allows people with limb differences to take their ideas and turn them into prosthetics, and so throughout the whole CO-FAB experience our limb difference recipients are paired with project teams,” he said.

Jack Johnson, 4, was one of the individuals participating in the Collaboration and Fabrication or CO-FAB workshop. His mother, April, said they heard about the program through a friend and wanted to be a part of it.

“To be able to have some help to do something that was difficult for him and he can learn to ride the way he wants to ride and be in control of his bike a little better,” said Johnson.

“It’s been really nice to have Aaron as a mentor and someone to kind of look up to with some as what an adult with a limb difference looks like and it’s a wonderful thing,” she said.

This is the second year of the CO-FAB workshop.