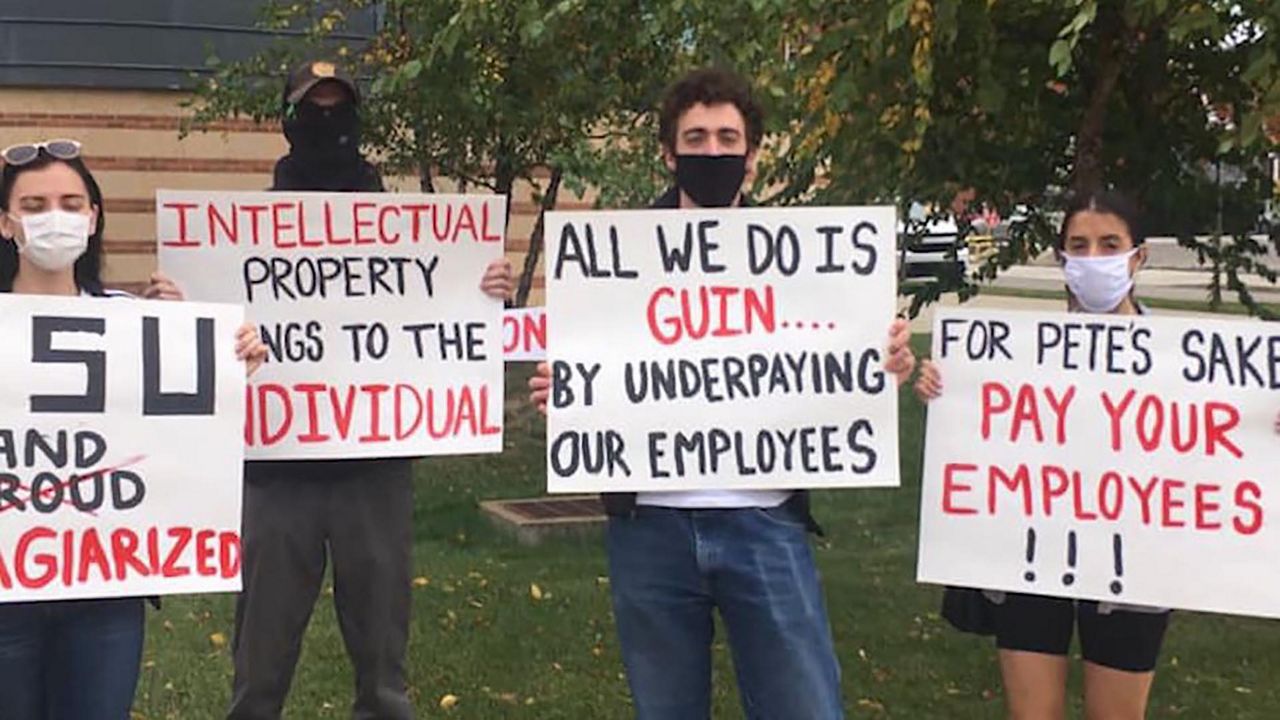 YOUNGSTOWN, Ohio — The strike between Youngstown State faculty and staff members has come to an end after the university announced early Thursday an agreement has been reached.

In an email sent to Spectrum News 1, the university wrote:

"The faculty strike at Youngstown State University is over. The union and university administration reached an understanding for the general framework on a three-year contract and will work out details for a tentative agreement. Classes will be held as usual starting Thursday, Oct. 15, 2020."

The details surrounding the agreement haven't been given. Earlier this week, faculty and staff took the the picket lines with students voicing their support over social media.

“I feel really, really strongly that our students who are the future public school teachers in this community deserve the highest quality, most qualified faculty and strong contracts, make it more possible,” said Nicole Pettitt. Pettitt is an assistant professor in the department of English and World Languages. She says a stronger contract will make it easier to attract and retain accomplished faculty.

“I came to YSU hoping to be an individual, and not just a number. And I can safely say that all of my professors have made me fell as though I am an individual. They work so hard, 24 hours of the day, seven days a week to ensure that our program is doing it’s best and that we are all happy,” one student said in a Twitter video.

Please retweet to tell President Jim Tressel (@JimTressel5) and @youngstownstate you believe that @YSUFaculty deserve a fair and reasonable contract.

We encourage students and alumni to identify themselves and explain why they #SupportFacultyYSU.

The Ohio Education Association sanctioned the strike after failed negotiations between the faculty and the university. Students are currently on fall break, but Youngstown State President Jim Tressel released a video statement saying plans are in the works to resolve the strike soon.

“Our hope remains that over these next two days, we can get this settled. If we can’t, and if the strike spills into Wednesday when classes resume, we are working on a plan that we will have in place," said Tressel. “It’s certainly an unfortunate situations, one that we never thought we’d be in, but we’ll certainly get through it.”

My mother is a professor at Youngstown State University. I saw her struggle and go above and beyond to make the transition to online learning possible for her students. Without the faculty YSU would not have operated during the pandemic. They need our support. #SupportFacultyYSU

University Provost Brien Smith cited the university’s recent financial hit from the COVID-19 pandemic, calling on the strike to end, saying, “for the sake of our students and the community, who have persevered under difficult and unprecedented circumstances this year, we need to come to a resolution that is within the university’s financial means and without a work stoppage.”

But the union spokesman says the offers are constantly changing, and faculty rights are also big in the negotiation.

“It is a change in the way we’ve done things at YSU probably for 30 years. I mean, in my entire time here, the sorts of ideas, the idea of picking your own chair, that, you know, the papers I write or the books I publish, the rights to those are mine, that’s standard across universities,” said Mark Vopat, spokesperson for the Youngstown State University Ohio Education Association.