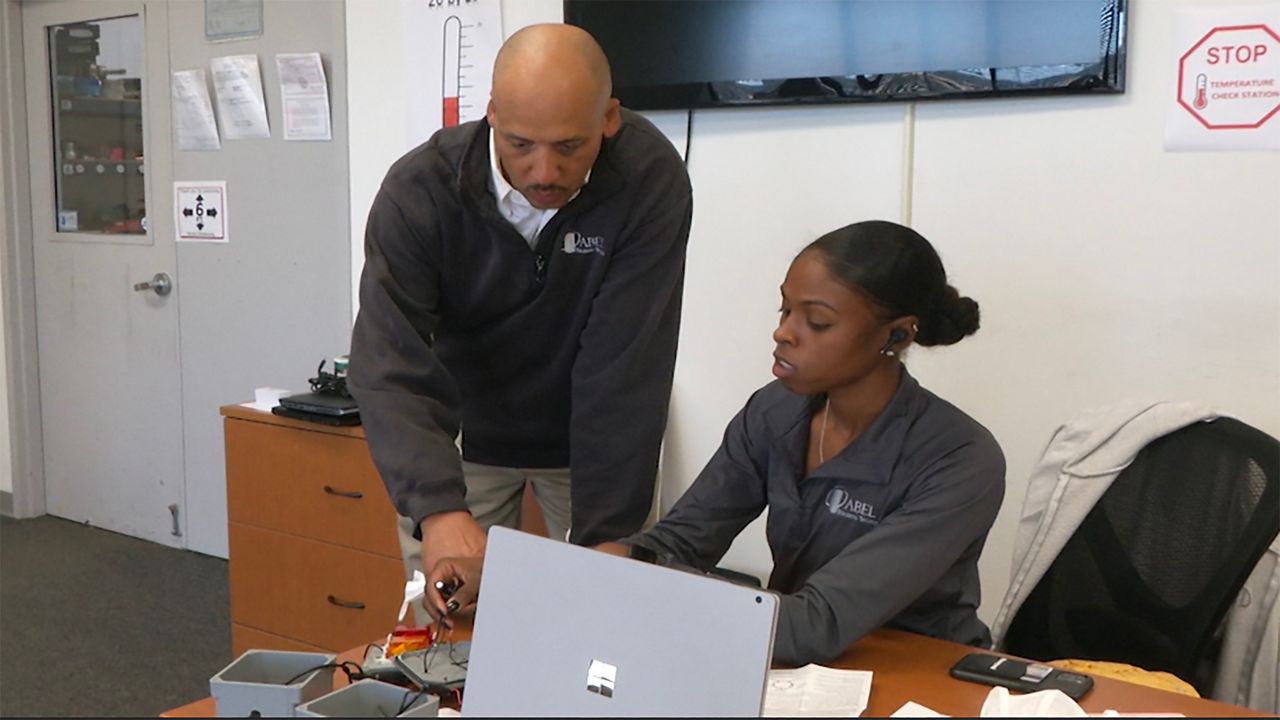 CINCINNATI — Since 2000, Abel Building Systems has been the one-stop-shop in Cincinnati for commercial fire alarms and security systems. It’s a business Eric Ruffin and his wife Marla started after he resigned from his old job as an engineer.

“Twenty years ago, things were a little bit different,” said Ruffin. “So, I didn't quite fit the culture that I needed to fit into to run things, and I kind of like running things. So, my wife and I decided this is what we were going to do.”

Two decades later, his family business has had a lot of success. They have more than 500 clients in the Cincinnati-area including public schools, fire, and police departments.

“I don't know all of our customers anymore I regret that I used to know every single one of them,” said Ruffin. “But now I'll be out someplace and I'll see our sign on the door and we did the job, and that sometimes amazes me that we have grown to this point.”

Abel is one of more than 500 companies across Greater Cincinnati to participate in the study. Over the next couple of months, researchers at the University of Cincinnati Economic Center will look over the data and find out just how much of an impact minority-owned businesses have on the economy.

“It will tell the community, 'Hey, Black-owned businesses are reaching this level', and then we try it again next year or the following year we'll know whether they've grown and if they've grown how much they've grown,” said Eric Kearney, Greater Cincinnati Northern Kentucky African American Chamber of Commerce president.

Kearney believes this study will not only help attract more people to the Cincinnati-area but will also show that these companies are viable and vibrant, just like the others.

“It tells people across the country that Cincinnati has a vibrant economic community that is inclusive,” he said. “That is important for marketing the city, not only in terms of business attraction but also travel and investments and equity investments and investment bankers and all those sorts of things.”

And Ruffin couldn’t agree even more. He says he hopes that the results of the study will show just how much potential minority-owned businesses have.

“We may be less in number, but in performance, and what we have to, we hold ourselves to a higher [standard],” said Ruffin. “So it's a very good resource for people to look at. So it's very important for the customer to know that there's a group out here that want to knock your socks off that want you to be happy.”