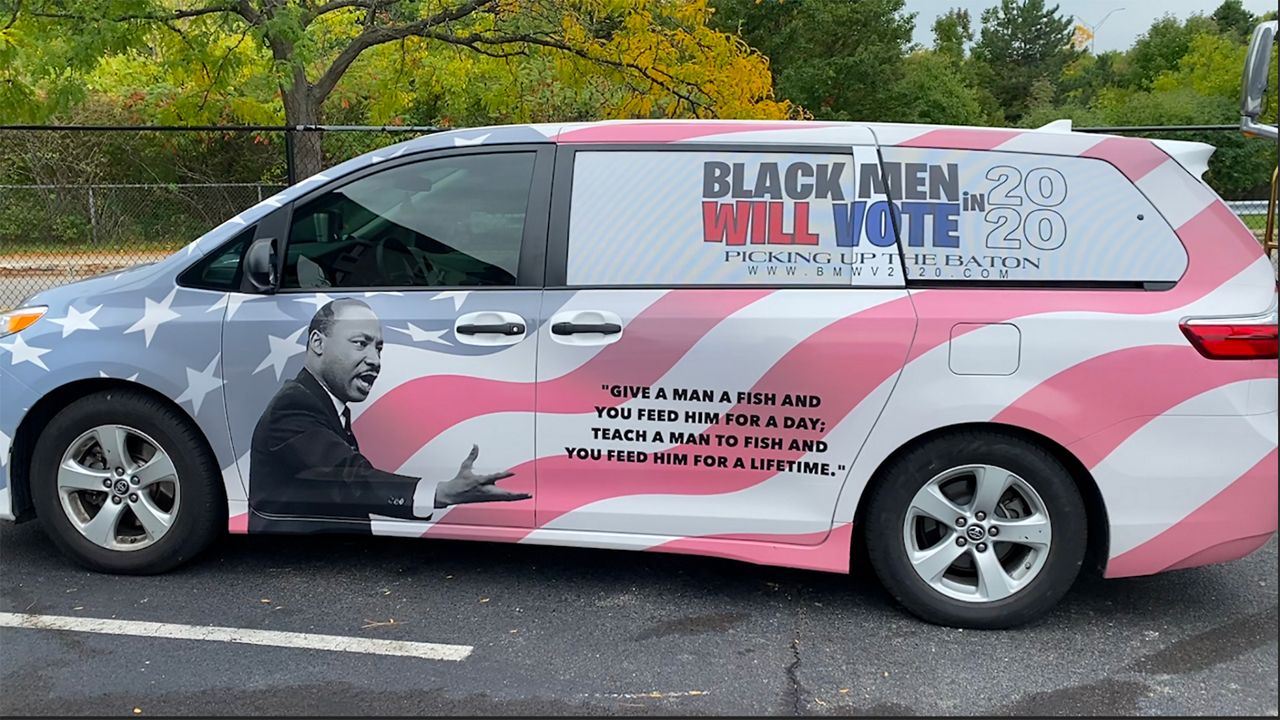 Man on the Move: Encouraging Black Men to Vote

CLEVELAND — President Donald Trump and former Vice President Joe Biden went head to head in the first presidential debate Tuesday night. While less than 100 people were allowed inside the debate, several set up camp outside the venue. One man drove his RV to Cleveland from Dallas this week to deliver a message.

Bruce Carter is on a mission.

"To make sure that Black men who traditionally participate in a high level understands the value of their vote and that's through education," said Bruce Carter, the founder of Black Men Will Vote in 2020.

Carter is teaming up with a Cleveland DJ to continue reaching Black men in the area to educate them on the value of their vote.

"You know, we've waged all these wars in America: the war on crime. The war on poverty. The war on drugs. But we've never waged an economic war. So, for me, it says, 'Hey man, it's our responsibility to show our value and if neither party or either party decides that they don't want to invest in us then it's our job to disrupt their system."

Carter's RV is decked out with pictures of both Biden and Trump, along with a photo of Martin Luther King Jr. to serve as inspiration and motivation. Carter said he doesn't want to tell voters who to vote for. Instead, he wants to educate them on how to do the research for themselves.

"So when he exposes himself to certain people, they automatically tell him, 'Oh vote this way' and I think that's absolutely wrong. I think it's the information that you give them through education—force them to go vet the information. Make sure it's true, and now, they have the conviction to vote."

Carter said he's not only looking to reach Black men to encourage to vote but other underrepresented communities as well.

"For me, it's about touching every American that's left behind. So, when I go to rural America, which is predominately white, the conversation is the same. You need to hold them accountable but you've got to participate. And so my message says whatever they are people left behind who feel disconnected then someone has to go and advocate for them. So, we advocate for them just as hard."

Carter hopes to go to Miami for the third debate in the series.

If you have any questions about how to vote in Ohio, go to our voting guide by clicking here.