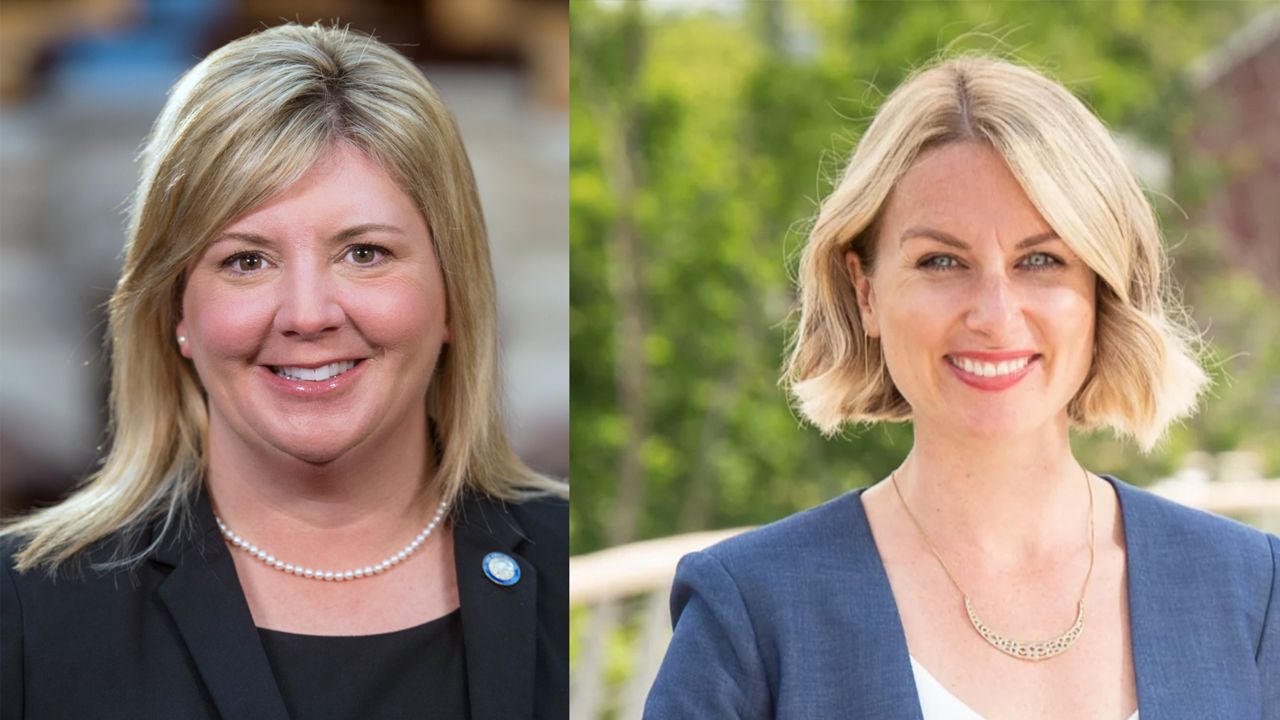 COLUMBUS, Ohio — Spectrum News is highlighting key races in both the state's House and Senate.

On Thursday, we are focusing on the 16th Senate District in central Ohio which includes western Franklin County. The race features two women with a history of fighting for women and children.

One is the incumbent who has experience serving in both Statehouse chambers. The challenger says she has been dealing with these issues on the frontlines to protect her family and others.

Republican Sen. Stephanie Kunze (Hilliard) says she has gotten a lot done in her first term but knows a lot more lies ahead with the pandemic. She believes Ohioans need someone who can reach across the aisle like her who was voted "Most Bipartisan Republican" by cleveland.com's Capitol Letter last year. Meanwhile her opponent, Democrat Crystal Lett, believes Kunze's conservative views don't match the views of the district anymore. Also, Lett thinks her own legislative and lived experience separates her from Kunze.

Born and raised in Hilliard, Lett has worked as a case manager, managed a psychological practice, a financial advisory firm and a child health care advocate. She was inspired to work with those dealing with mental illness because of her oldest child, who was born with a rare genetic disorder, along her brother, David, who died by suicide.

"I just learned again how to develop grit and determination for my own family so I want to bring that to the Ohio Statehouse,” says Lett.

Lett has also worked with Save the Children Action Network and on behalf of the Children's Health Insurance Program (CHIP) with Ohio U.S. Senator Sherrod Brown. She says health care and education are her two most important issues and they have only heightened with the pandemic.

“It really brings to light the importance of paid leave and the opportunity for parents to be able to take care of children and compensated you know when you have a child or adopt a child, foster a child, if you have to take care of an aging loved one. Those issues and those vulnerabilities for families are real," Lett says.

"Really knowing the issues that face my constituents and being their voice over the last four years has been my number one goal," says Kunze.

Kunze says addressing those issues will get even tougher in the next budget cycle considering the crisis COVID-19 has created. She says restoring the economy, fully funding public education and Medicaid will be among her priorities. However, as the Co-Chair of the Commission on Infant Mortality, child health care remains top of mind for her.

"Obviously, the return on investment that we make for early childhood and for those kinds of programs really sets the foundation for all of the other wellness and health to becoming a successful adult—to finding a job, accessing higher education. It's not siloed. It's all so interconnected," Kunze says.

Kunze and Lett agree on several key issues. They are each in favor of Gov. Mike DeWine's mask mandate.

Both believe systemic racism exists and the government needs to address it. The two also want to expand Medicaid even more to give Ohioans better access to affordable health care.

They differ on the best way to grow the economy. Kunze says workforce development will get things headed back in the direction they were prior to the pandemic. But Lett thinks it starts with tackling the pandemic and then protecting workers rights.

"There's a lot of people that are looking for someone to fix something around their house. They're home right now, and they're seeing a lot of things that maybe they would like to do and improve their home and there's just not enough work out there to do that. I think our focus needs to be on creating opportunities, creating avenues for people to be able to, like I said, either upscale in their level of education or credential," says Kunze.

“Something I'm very passionate about is making sure that we are setting the stage in this state where companies want to come to Ohio, and I think the Ohio Fairness Act is one of the best ways that we can show companies throughout America that Ohio is ready,” says Lett.

Kunze is in for a major fight. She won her seat by 18 percent in 2016, but the 16th Senate District has seen an uptick in registered Democrats ever since. The 16th also voted for Hillary Clinton for President and Democrat Richard Cordray for governor in 2018.​