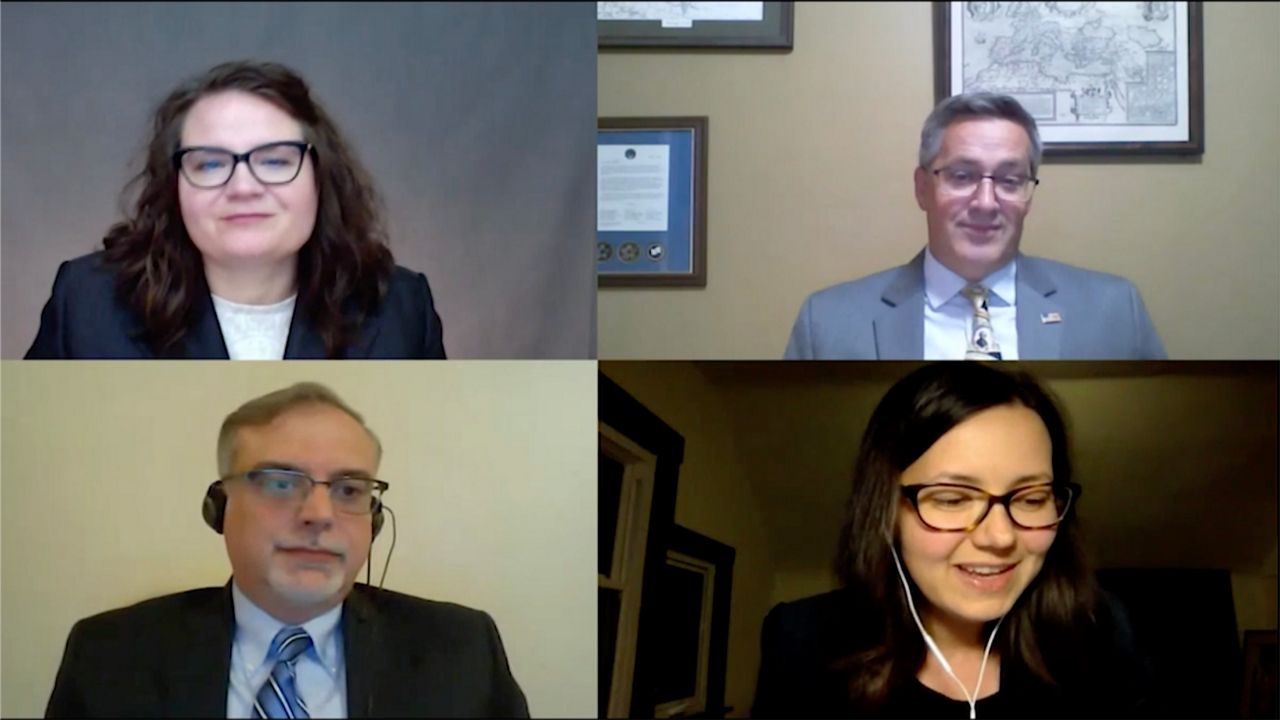 CINCINNATI — Millions of Americans watched Tuesday night's debate including some that took part in an election cycle tradition.

Even though the debate was held in Cleveland, the University of Cincinnati hosted a virtual watch party. Hundreds of voters got the chance, on the conferencing app Pine, to react to the candidates in real time.

"It seemed like the chat rooms were active and people behaved themselves. So, I think they stayed within the context of what we were hoping," says Dr. Richard Harknett, the head of the Department of Political Science at the university.

In the previous three elections, the school held an in-person event which included a room for the Democratic and Republican nominees along with a space for undecided voters. On Tuesday, Cincinnati had virtual chat rooms for President Donald Trump and former Vice President Joe Biden supporters, along with undecided voters.

When asked if he would do this again, Harknett said, "I have a bias to doing it in person. There's something about a room of 500 people dressed up in their colors and posters and things of that nature."

Trump and Biden supporters shared their excitement for their candidate and displeasure with the other during different parts of the debate. Spectrum News 1 was not allowed to identify or share for verbatim what certain voters said but Trump fans liked when the president attacked Biden saying, “In 47 months, I’ve done more than you’ve done in 47 years!”

They didn't take kindly to Biden saying "show us your tax returns." Biden​ backers got a kick out of the former vice president telling Trump to "shut up," telling the president to go "inject bleach in his arm" and saying he is "the worst president the U.S. has ever had," but were angered by Trump constantly interrupting Biden's attempt to answer questions. Undecided voters felt it is not right for Trump to try to confirm a Supreme Court Justice during an election cycle.

"To me, the headline is the president threw the kitchen sink and everything he could think of at Biden survived," says Harknett.

Before the event, a "Bearcat expert panel" provided a nonpartisan analysis of the race. ​​Afterwards, the panel took questions from voters before attendees voted for who they think won the debate. Organizers were pleased with the logistical adjustments of the event.

"If you didn't get the information that you needed, go to the candidates websites, right? Learn about their policy positions. You're gonna have to do the homework. I don't think this debate helped you as a first-time voter," Harknett says.

In these highly-charged times, the University of Cincinnati wanted to make sure voters had an explanation for the candidates' stances so they could make the best decision possible on Election Day.

Meanwhile, the results of the university's poll had Biden winning the debate with 71 percent of the vote.